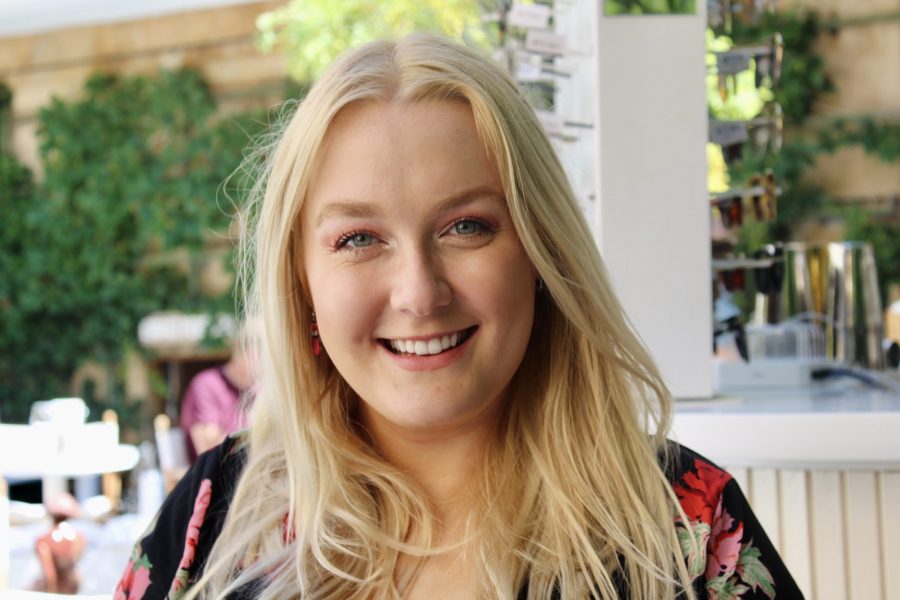 Maya Nylund ‘23 wrote her award-winning poem as a meditation on legacy. (Photo courtesy of Maya Nylund '23)

For Jean Corrie Poetry Prize winner Maya Nylund ’23, poetry hasn’t always been her preferred medium. Yet she finds that when compulsive feelings arise, she cannot ignore the organic words that simmer out of her.

These compulsive moments, over which she said she has no control, are her “most painful and frustrating and important [ones],” for they are the most conducive to creating art. Nylund’s poem, “Psalm for Claire Fisher,” for which she won her first Jean Corrie Poetry Prize, delves into her feelings of existential angst and explores the beauty of sacred human connection in wake of the death of Claire Fisher, Nylund’s schoolmate and inspiration for the poem.

The Jean Corrie Poetry Prize was established to acknowledge student-written poems and their writers. It is open to freshmen, sophomores and juniors.

“I was not hesitant about entering the competition, but was a little hesitant about submitting the poem…it’s morbid, non-traditional, deeply provocative and very personal,” Nylund explained.

Written in one sitting, the poem reflects the vivid stream of consciousness Nylund experienced after the memorial service of Claire Fisher, a fellow high school student who committed suicide. Reflecting on her own fears of mortality, insignificance and seeming inability to fulfill her full potential, Nylund wrote the poem as a meditation on legacy. Despite her qualms about submitting it, she decided to enter it because it was the most “emotionally honest” poem she had ever written.

“Poetry means so little if you don’t make yourself vulnerable,” Nylund said.

The poem bears the burden of inner turmoil and investigates how one looks for meaning or something to place their faith in, especially when life seems so futile, she said.

“I was raised extremely Catholic, but I left the church after leaving the US. I then had a huge religious disillusionment that accompanied that. I still grapple with it,” she explained.

“In the US, suicide is one of the five leading causes of death among teenagers–clearly, there’s something wrong and this epidemic of meaninglessness is a real issue. This poem is meant to reckon with that,” Nylund added.

If there’s anything to take away from the poem, it’s that “when feelings of meaninglessness linger, we can honor each other and the sacred things within ourselves as we learn to console one another and give each other meaning,” she explained.

The poem can be read on the poets.org website.