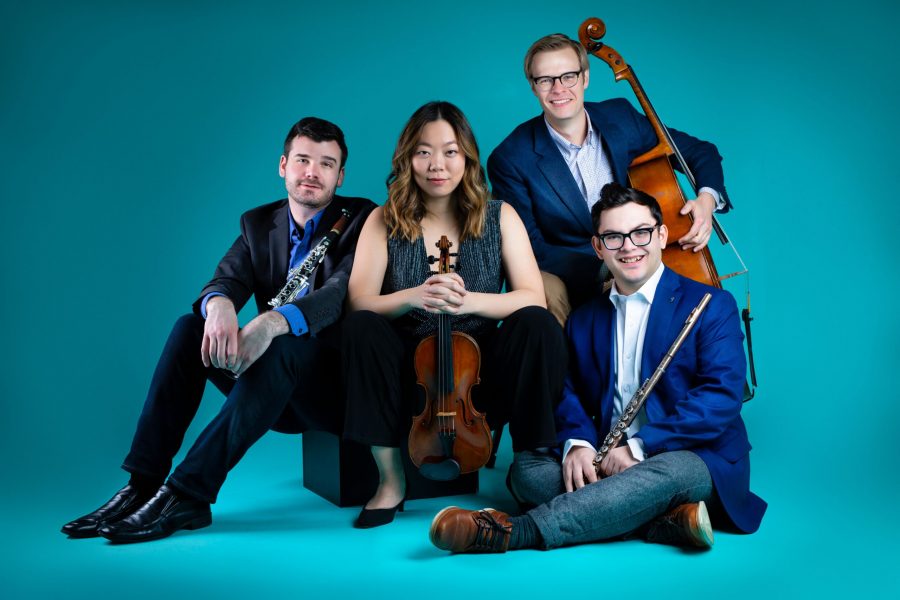 Today’s composers can be influenced by nearly anything, from historical reflections to their childhood homes.

This past Wednesday, the Williams Center for the Arts presented a virtual performance by Hub New Music as the second event in their virtual Performance Series.

Hub New Music is a contemporary chamber quartet, referred to as “an ensemble of intrepids” by Hollis Ashby, artistic and executive director at the Williams Center. The Boston-based quartet is composed of Michael Avitabile on flute, Nicholas Brown on clarinet, Alyssa Wang on violin, and Jesse Christeson on cello. According to the Williams Center website, the group “celebrate[s] the rich diversity of today’s classical music landscape.”

The performance included excerpts from “Requiem for the Enslaved,” composed by Carlos Simon and “Soul House,” composed by Robert Honstein. Before each piece, Simon and Avitabile engaged in a virtual conversation with Africana Studies professor Wendy Wilson-Fall and history professor Jeremy Zallen.

Before “Requiem for the Enslaved,” Simon explained that he is a professor of music at Georgetown University, and that the piece was inspired by events from the 1830s, in which the university had sold nearly 300 slaves to pay its debts.

Avitabile explained that the piece “honors the lives of those who were sold by the institution.”

Wilson-Fall asked Simon what innovations he may have brought to the forms of the requiem in his composition.

Simon explained that he is the son of a preacher who grew up in an African-American church in the South.

“A lot of my music draws from this experience as a preacher’s kid, singing spiritual and congregational songs, and songs that are very much likened to the African-American experience,” Simon said.

Simon said he wanted the piece to be an extension of his background. Therefore, he said he wanted to take the art form of the requiem, a tribute to the dead, and infuse it with spirituals, hip-hop, the spoken word, and “to make it live for the context of slaves.”

“This piece is really born out of a strong sense of community, and strong relationships we have with the composer,” said Avitabile.

The performance of “Requiem for the Enslaved,” which was filmed at the Boston Athenaeum, included “Invocation,” “Kyrie (Lord Have Mercy),” “Librae Me (Deliver Me),” “Credo (I Believe)” and “Gloria.”

The excerpts totaled about 18 minutes of the project, which will ultimately be around an hour in total duration. The project should premiere in 2022-2023, according to Avitabile.

“It will be a fleshed out, multi-media production that really captures the story,” he said.

Before showing excerpts from the second performance, “Soul House,” Avitabile discussed the significance of the work.

Avitable said that the piece was “a really deeply personal work” that was essentially an extended love letter to Honstein’s childhood home. The piece has nine movements, each of which depicts a different scene from the house.