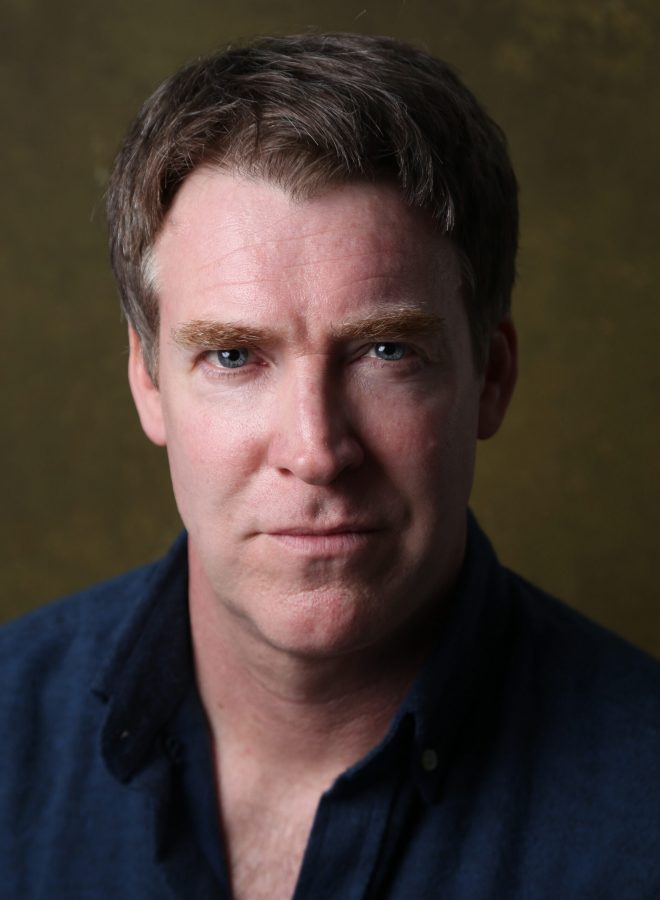 Brian HUtchison played the role of Alan in the 2018 Broadway revival of 'The Boys in the Band' as well as its 2020 Netflix film adaptation. (Photo courtesy of IMDb)

From College Hill to Broadway to Netflix and beyond, actor Brian Hutchison ’93 has come a long way since his days in Easton.

Hutchison helped the college celebrate their Homecoming Week this past Monday by chatting with the Lafayette community about his most recent project, “The Boys in the Band.” The 2020 Netflix movie is an adaptation of the Tony Award-winning play about a group of eight gay men gathering for a birthday party in 1968 New York. In both the 2018 Broadway revival and the Netflix movie, Hutchison plays the role of Alan, who unexpectedly crashes the party.

“The Boys in the Band” was originally penned in 1968 by playwright Matt Crowley, who passed away in March. The play, which was written before the pivotal Stonewall riots, was a response to the lack of productions that openly portrayed the lives of gay men.

According to Hutchison, actors from the original cast were urged not to participate in the play, lest they lose jobs or friends and family.

“It was a very dark time to be gay,” Hutchison said.

Hutchison also argued that the 2020 adaptation is more hopeful than the original play.

“We see attempts to be loved or reach out,” said Hutchison. “We see moments where people want to be seen.”

Hutchison also spent the evening talking about his career and his time at Lafayette. He credited his interest in pursuing acting as a career to Theater Professor Michael O’Neill, who attended Lafayette in the same time period as Hutchison. “I could see you doing this,” he remembered O’Neill saying to him one day.

After graduating from the college, Hutchison earned an MFA in Dramatic Arts from the Old Globe Theater/University of San Diego graduate program. Not long after obtaining his graduate degree, Hutchison landed a minor role as an understudy in the Broadway play “Proof.” He credited his early roles on Broadway for opening doors to him.

“My first couple gigs were really charmed, but it was a whole lot of hard work to keep that going,” said Hutchison. “Most people in my life said, ‘You’re an actor? Have fun waiting tables.’ No one’s telling you to do it so you have to do it yourself.”

When asked for the best piece of advice he could give to budding actors, Hutchison said, “Everything you can do in your life that has nothing to do with acting, do it. Anything that drives you, that inspires you. They make you a better actor.”

Hutchison has followed his own advice. In addition to being a stage actor, Hutchison is also a headshot photographer for other actors, an award-winning audiobook narrator who has recorded over two hundred audiobooks and a minor film and television actor. He has appeared in several television shows, including “Blue Bloods,” “Jessica Jones,” “Elementary” and “Law & Order: SVU.”

“I love doing television, but it’s a different world,” said Hutchison. “You have to step up and take your space in a way that is organic in theater.”

Still, Hutchison hopes he will have the chance to star in more television.

“In a play, you get to play something for two hours,” Hutchison explained. “In a show, you get to watch actors sink their teeth into a part.”

Hutchison will be starring in the upcoming miniseries “Lisey’s Story,” which is based on the Stephen King novel of the same name. “The Boys in the Band” is available to watch now on Netflix.