Amidst largest outbreak of the semester, Lafayette announces spring plans: All students will be invited back to campus 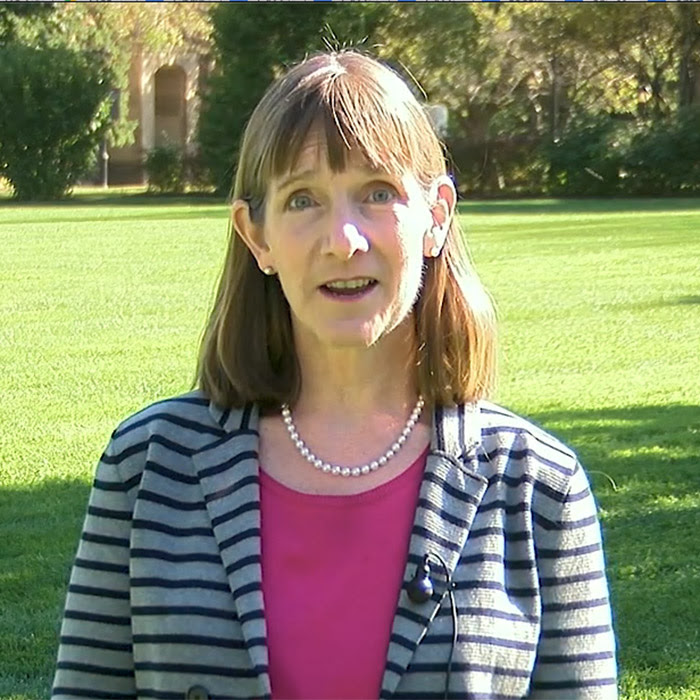 President Alison Byerly said in her announcement to the community that the success of the spring plans depends on "community commitment and cooperation." (Photo Courtesy of Lafayette Communications)

In an announcement heard around the world, President Alison Byerly told the community that all Lafayette students will be invited back to campus for the 2021 spring semester. Students have until Nov. 2 to inform the college of their spring intentions, and billing is expected to be released around Dec. 7 “in [the] most current timeline,” according to Byerly.

The announcement was made on Oct. 20, just over four weeks after Byerly initially set the timeline for a decision. Last week also marked the largest uptick in COVID-19 cases since students first arrived on campus, with 15 new positive cases since Oct. 14 and over ten percent of the students currently on campus being placed in self-quarantine.

The college will be offering an indeterminate number of in-person classes, with professors deciding on a class-by-class basis whether they will be teaching remotely or not. Byerly said the school will likely release a tentative schedule next week which will include courses that are in-person, and that the college will be “flexible” in accommodating student schedule changes. Students who choose to continue learning remotely will not have access to the in-person classes, she said, but will receive the same 10 percent tuition discount as this semester.

Byerly’s announcement was met with some immediate backlash from students who felt the timeline for the decision was too short. A petition on change.org requesting the college extend the decision deadline to Dec. 7 has accumulated over 400 signatures as of this morning.

Ariel Haber-Fawcett ‘23, one of the authors of the petition, said she was surprised the announcement happened “right in the middle of a COVID outbreak on campus” and that it was “immediately very anxiety inducing.” She also noted that the Nov. 3 general election, a day after the deadline, would play a significant role in her decision.

“We’re just asking for some extra time to make an informed and educated decision…if we’re going to be paying at least $70,000 per year,” she added.

Byerly said that students “should not feel that it’s impossible to imagine changing [their decision for the spring] once they’ve made that decision.”

“Our principle is…to try and ensure that by the time people are actually paying their tuition bill, they know what they’re doing,” she said. “If a student has reasons to change their [decision], we wouldn’t stand in the way.”

While she said that many factors went into the decision to bring students back to campus, Byerly focused on the experience and testimonies of other colleges and the limitations of remote learning as key considerations in the process.

“We’re starting to run up against limits of what you can do without people being physically present,” she said. “We felt like from an academic perspective…that being able to provide at least some opportunities for in class education would be beneficial to students.”

“I think we heard very clearly from students how much they miss the classroom experience, the campus experience,” she added.

Even with more students returning to campus, Byerly said things will not look like “regular life.” Smaller, residentially based activities will likely be organized by Resident Advisors, and students will have the opportunity to host smaller gatherings on their own. Large gatherings outside the constraints of the health and safety guidelines will not be permitted, and students will not be allowed to travel off-campus.

Public Health Director Jeffrey Goldstein said that the testing regimen will be even more thorough than it has been this semester. This will include pre-arrival and arrival population testing, two rounds of population testing after the start of the semester and surveillance through intermittent random sampling. In addition, any employees who interact with students will receive regular testing service as well.

Students on campus will also likely have access to the Kirby Sports Center and the Skillman library, among other campus resources, but this is subject to change throughout the year. Until today, all on-campus facilities were closed in response to the rise in cases last week, a situation which Byerly said could happen in the spring.

“You might get a note one day saying your class will be remote for the next two weeks, because the administration is trying to contain an uptick in cases and everything’s being shut down, just as we shut down this week,” she said.

Even with the facility closures and growing case numbers, there were still off-campus gatherings over the weekend, a fact which Vice President for Campus Life Annette Diorio said gave her a “deep feeling of disappointment” in an email to the on-campus community on Monday. On Wednesday, she sent out a letter to all Greek Life chapter presidents regarding the suspension of social, recruitment and new member activities, noting allegations that fraternities have been “hosting events…and not following physical distancing guidelines.”

Diorio told The Lafayette in a separate email that the college adopted an approach that “emphasized education over enforcement” early in the semester, and that this strategy was “largely successful.” The administration received 40 reports, which resulted in 50 students receiving warnings or probationary status.

With a much larger number of students expected to return in the spring, however, Diorio said the college will be far less flexible. Additional surveillance measures could mirror those happening now in response to the recent violations. Diorio wrote to the community on Monday that the college would add “extra patrols of the areas where our students live by private security, Lafayette Public Safety, and, if needed, Easton Police.” Byerly noted that part of the spring plan was to “increase the number of people walking around campus looking to see who’s wearing masks.”

Surveillance will be important in the spring to protect students, Goldstein said. He noted that “it just takes a small number that don’t adhere to those behaviors [in the health and safety guidelines] for a COVID outbreak to occur.”

“Once it occurs, once the genie is out of the bottle, it’s very hard to shove it back in,” he said, adding that he was confident the college could handle the increased number of students on campus “if we have collective buy in.”

This summer, a petition calling for the college to divest resources from the Public Safety department accumulated over 1,000 signatures. The petition listed demands to “abolish and address systems that disproportionately harm BIPOC [Black, Indigenous and People of Color].” Now, some worry about the ramifications of moving toward more surveillance in the spring.

Grayce Walker ‘22 wrote that the possibility of increased police presence was a “huge slap in the face after a summer of national uprisings and a fall of global uprisings against state sanctioned surveillance violence.”

“I think it was very telling that while the college swears that they care for Black students they had no hesitation or made no moves to communicate with Black students about the increase in policing,” they wrote.

Many students are conflicted about the return to campus for health reasons. Kaitlin Ahern ‘23 is immunocompromised due to a medication that she takes that makes her particularly susceptible to COVID-19. She said the decision to return in the spring is “really scary.”

“I do want to go back to school, I do want to learn and…safely see my friends that I haven’t seen in months and months, but at the same time, what would the repercussions of that be?” she said.

In addition to immediate concerns about access to courses that she needs to complete her double major, Ahern also noted the social pressure she felt to return. She said a lot of immunocompromised students worried that their friends would “leave them behind” and that if they didn’t return to campus, “people will forget about [them].”

“[Immunocompromised people] have kind of always been an afterthought,” she said. “It’s mostly able-bodied people treating [COVID-19] as if it’s an inconvenience. And there’s so many people that this entire situation extends far beyond inconvenience to us.”

Correction: This article originally misattributed a quote to Marjana Tafader ’22. It is now correctly attributed to Nada Awadalla ‘23.