Curious scholars and diverse discussions: A peek into the McKelvy House 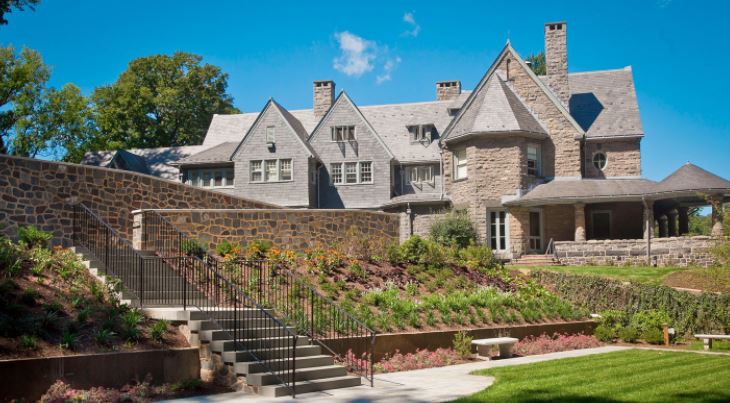 The McKelvy House means different things for different people here at Lafayette–for some, it is just an obscure, stone mansion off campus, and for others, it’s something they’ve never heard of. But for a select few, the McKelvy House is a true home and an integral part of their Lafayette experience.

The house, located several blocks off campus, is the home for members of the McKelvy Scholars Program. The program unites around twenty intellectually curious students from different academic and personal backgrounds to live together and conduct in-depth weekly student-led discussions.

The discussions, which cover a wide range of topics, are facilitated by a different McKelvy scholar each week. They take place on Sunday nights from 6–8 p.m. and are open to the public.

However, the house and program do more than just facilitate conversations. Co-president Lulu Kirtchuk ’21 described the McKelvy house as a group of “really intellectually curious and energetic people” and as an “open, welcoming community.”

“I needed a home,” Kirtchuk said. “I realized it was an actual house with wooden floors–this made it physically feel like a home.”

But Kirtchuk said she attributed these sentiments to more than just the floorboards.

“McKelvy represents an intersection,” she said. “McKelvy is a special living and learning space. I want to know students in ways that aren’t transactional or tied to grades…in McKelvy, we can be ourselves.”

Bell, who began her role with the program last August, explained that she only knew one student in the program when she first moved into the house. She recalled how kind everyone was when she arrived.

“For students who live there, it’s a real living and learning experience,” she noted. “People live here with students they may not otherwise interact with. They sit down with the intention of listening and learning from one another.”

“People surprise me in the discussions, and I say that as a compliment,” Bell added.

Kirtchuk reflected on the virtual format of the weekly McKelvy discussions with nostalgia for COVID-free times, in which people could communicate with body language and have a more tangible feel for the discussions.

“[The virtual format] is a bit worrisome, but we still stay a community. We still check in on each other and have meaningful discussions,” she said.

Bell added that the virtual setting has made the discussions and other aspects of the program more accessible to other students at the college.