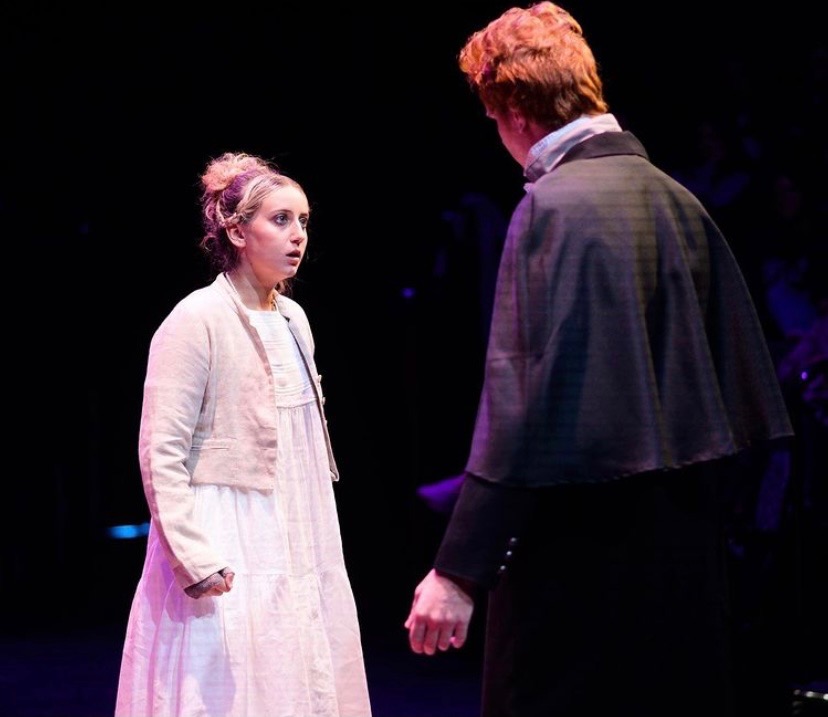 For Sarah Frankel ’21, theater is a passion as well as a way to connect with others—even in a virtual world.

As a student of the theater for over 10 years and a participant in 30 different productions, Frankel has spent much of her time at the college exploring her interests in writing and directing plays.

Putting together a performance in the virtual space was not without its challenges, Frankel said.

“So much of creating theater relies on having trust in your castmates, and we weren’t sure how to make that happen,” she said.

However, by setting aside time for bonding, improvisation and collaboration on the script, Frankel said that the cast did manage to create trust in the virtual setting.

“The artists at Lafayette have been extremely resilient,” Frankel said. “We’ve been making it work.”

“The best part about the experience was working with the cast,” she added. “They were incredibly talented, hardworking, enthusiastic and joys to be around. They were the reason for the show’s success.”

As a senior theater student, the COVID-19 pandemic has affected Frankel’s final year at the college in a number of ways.

“Covid has taken a massive toll on my theater experience here, and the experience of every student who participates in the arts,” she said. “Last year, I was seven weeks into directing a musical for the Marquis Players, and having to cancel that show was really sad.”

The musical, “Footloose,” still raised over $7,600 for the Easton Hunger Coalition in April 2020.

“Also for someone who has been doing live theater for my entire life, it’s challenging not being able to have that typical ‘last hurrah’ senior show that we all look forward to,” Frankel added.

Despite their challenges, Frankel praised students in the college’s theater department.

“There have actually been some wonderful things that have come from our flexible and ever-evolving theater season this year. It’s important to keep perspective and look on the bright side. I’m grateful to be able to move forward in the way we have,” she added.

One of Frankel’s favorite memories at the college was when she travelled to London during the January 2020 interim session. She and her friends were fully immersed in the London theater scene, seeing shows almost every night, she said.

Another favorite moment was when she starred in the theater department’s production of “Vanity Fair” in October 2019 alongside her theater mentor, Olivia Coughlin ’20.

Frankel explained that this production marked the moment she was certain she wanted to pursue theater after college. Whether that is through writing, directing or teaching, she said that she hopes to turn this passion into a career.

For students looking to pursue theater at the college, Frankel has one primary piece of advice: get as involved as possible.

“If you pay attention and sponge up skills as you go, you will learn a ton and not even notice that you’re doing it,” Frankel said.

And as for directing, Frankel hopes to dispel any rumors about a specific personality or experience level required to become involved in directing.

“It doesn’t really mater what your past experience is,” she said. “If you have big ideas and the ability and willingness to articulate them, you can direct.”