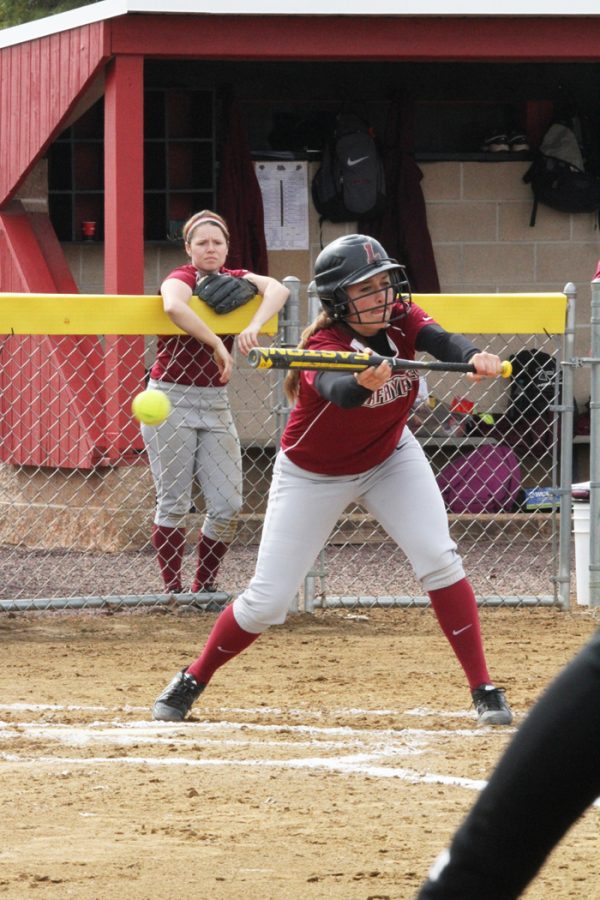 The sun shined brightly in Coastal Carolina this passed Sunday as women’s softball played a triple header in their first tournament of the season, the Kickin’ Chicken Classic. The tournament held the team’s first five games of the season.

Despite a string of losses, their tournament ended with a competitive game against Virginia Tech, where Lafayette held the Hokies to just one run in the first five innings.

“We had some good innings against some really great teams, holding Virginia Tech to one run in five innings,” sophomore Krystin Marinelli said. “And it shows that when we face other Patriot League teams we are more than ready for any pitching we are going to face or any hitters we will face. Nobody else in the Patriot League faces this level of competition. It definitely sets us apart.”

Over the last two seasons the team finished a combined 8-30 in conference play. This year is certainly a rebuilding year for the lady Leopards, for eight players on the 17-woman roster are freshman. For starters, freshman Jenna Didio was named to the All-Tournament team at the Kickin’ Chicken Classic.

In addition to the new wave of freshman on the team, the second year coach Jexx Varner returned and added two new assistants, Kristin Schultz and Mandee Luers, a pitching consultant.

One of the most notable changes that Varner brought to the softball team is handing out awards at the end of each week for practice performance, including player of the week, play of the week and leader of the week.

“It definitely pushes the players to play against, not each other, but definitely against themselves,” Marinelli said. “Because we’re all great players and we all come together to create this great team, but sometimes people do perform better than others in the week, and they should be rewarded for that…Those three [awards] are pretty big components of what make up baseball or softball because one play can, unfortunately, change a game—one player can step up and lead the team. So, it is nice to see each week people get rewarded individually for what generally is a real team sport.”

“The goal is obviously winning the Patriot League Tournament,” Marinelli said. “But at the end of the season there really is only one question—did you beat Lehigh?”