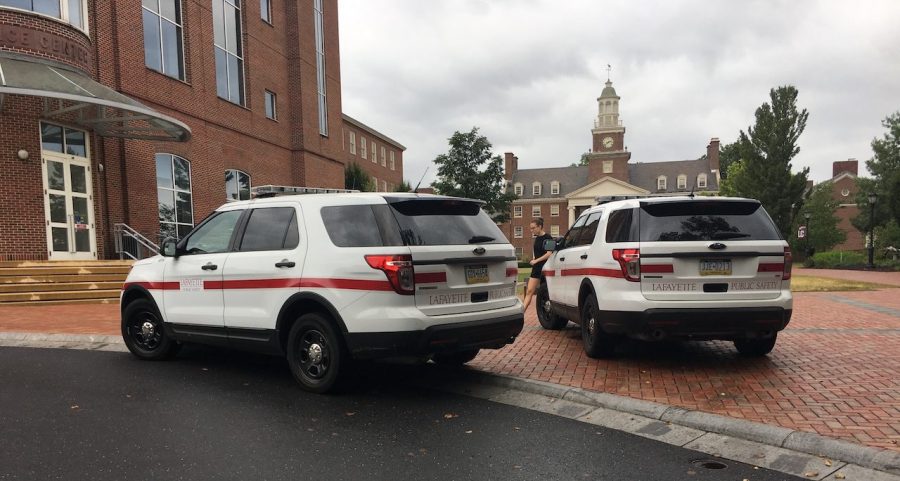 Lafayette College's locksmith inspected a number of locks after the incident and reported no issues. (Photo courtesy of Lauren Fox '19)

The college is actively investigating the Feb. 22 robbery of a house on the 400 block of McCartney Street, according to an update from the Department of Public Safety.

Shortly before 4 a.m., an intruder entered the house armed with a knife and approached a sleeping victim, who suffered minor scratches before the intruder fled the scene with a stolen cell phone.

The intruder, who, according to a public safety message sent out to the community shortly before 4:30 a.m. was a “dark skinned male wearing tshirt/shorts,” is still being sought. He faces charges of robbery, burglary, possession of a prohibited offensive weapon, trespassing, and terroristic threats.

“We continue to conduct interviews, examine and process evidence left at the residence, review on and off-campus CCTV, and pursue all investigative leads in collaboration with local law enforcement to identify and locate the suspect involved with this incident,” the Public Safety Department said in a statement.

At an Easton City Council Meeting on Feb. 24, Mayor Salvatore Panto Jr. said that he would like to set up a website that provides information alerts like the one sent out to the campus community the morning of the robbery.

Directory of Public Safety, Jeff Troxell, noted that Lafayette Associate Director and Chief of Police, Jim Meyer, has been conducting interviews and investigations, but he said he has not received any comments personally to his department from members of the larger College Hill community.

“Most of our communication has been with campus community students, parents and the like. But I’m not aware of any comments from the community on College Hill,” he said.

In the meantime, the Department of Public Safety has added extra patrols of the neighborhood and will continue to monitor the areas surrounding the campus. They also reminded the community of personal safety practices that should be routinely followed.

While Troxell noted the importance of “securing doors and windows,” for example, he emphasized to “call [Public Safety] first” in case of an emergency.

“Report suspicious activity or incidents to our emergency number first. Because we are right on campus patrolling, we have a quicker response,” he said.

Any information or video pertaining to the investigation may be shared with Detective Sergeant Keith O’Hay at (610) 330-5330 or by email at [email protected].