Track and field teams blown out at Lehigh Easter Races 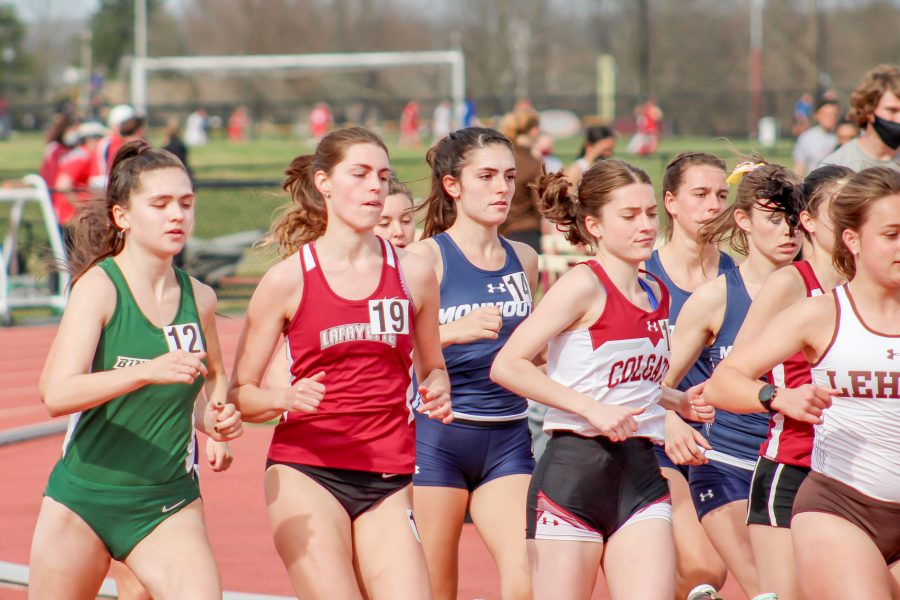 The men’s and women’s track and field teams struggled at the Lehigh Easter races this past weekend, with both teams finishing in sixth place out of six teams. The men’s team finished with 24 points and the women finished with 22, while the next closest teams on each side earned 91 and 41 points, respectively.

On the men’s side, the top performer of the day was junior Isaiah Moore, who placed second in the men’s high jump with a mark of 1.90 meters and earned eight points for the team in the process.

“For me personally, it was a much-needed improvement in performance,” Moore said. “I was struggling a lot in the beginning of the season, missing bars I knew I was capable of clearing, but over the weekend things came together. I’m just happy to be in a good position to move forward from.”

Sophomore Fischer Biggs earned fifth place in the discus with a best throw of 42.04 meters, scoring two points in the event. The men’s team also performed well in javelin, with two finishers in the top five. Junior Dylan Drescher, who placed fourth in the javelin at the Lafayette Open two weeks ago, once again placed in the top five: earning third and contributing six points. Senior James Dailey followed one spot behind, good for another four points. Drescher threw for a top mark of 50.59 meters, while Dailey’s best toss was 41.55 meters.

Sophomore Mark Sabin added two more points to the men’s score with a fifth place finish in the pole vault, recording a top mark of 3.75 meters.

The final two points for the men were scored by sophomore Devin Rosmarin who placed fifth in the hammer throw. Rosmarin’s best throw traveled 48.32 meters.

On the women’s side, senior Olivia Barney continued serving as a Swiss Army knife for the team, scoring points in three different events but remaining unsatisfied with her performance.

“The pandemic has only had a minor effect on our outdoor season,” Barney said. “I have still been able to train effectively and there is no excuse for me not to do well.”

Barney still wound up playing a critical role for the team last weekend, scoring 12 of Lafayette’s 22 points. Barney, who the prior week finished third in the discus, placed fourth this time and contributed four points with a best toss of 39.80 meters.

Barney’s best finish came in the hammer throw where her top mark was 50.95 meters. The throw earned her third place for the second straight week and gave the Leopards another six points, and also moved Barney into the number five spot on the All-Time Lafayette Top 10 list.

“It was actually a slow, rough meet for me to begin with,” Barney said. “Specifically hammer, my warmup throws had no rhythm, were off balance and nowhere near the speed nor precision I needed to throw well. But then something clicked and I was able to feel the ground. When I felt this, I knew I could throw far.”

Barney wrapped up her day with a top five finish in the shot put, adding another two points with a high mark of 11.41 meters. Sophomore Grace O’Mara finished just behind Barney, placing sixth in the shot put and adding one point with a top throw of 11.38 meters.

Sophomore Annie Hathaway, who a week prior placed second in the pole vault, placed fourth this time and added four more points for the team behind a best mark of 3.35 meters.

Only two runners scored points for the Leopards in the meet. Senior Ainsley Jacobs finished fourth in the 1500-meter run with a time of 4:47.37, adding four points for Lafayette. Junior Cassandra Wilk earned the final point on the afternoon with a sixth place finish in the 3000-meter steeplechase in a time of 11:52.23.

The Leopards will have two weeks off before hosting their next meet on April 17 with a time to be announced.