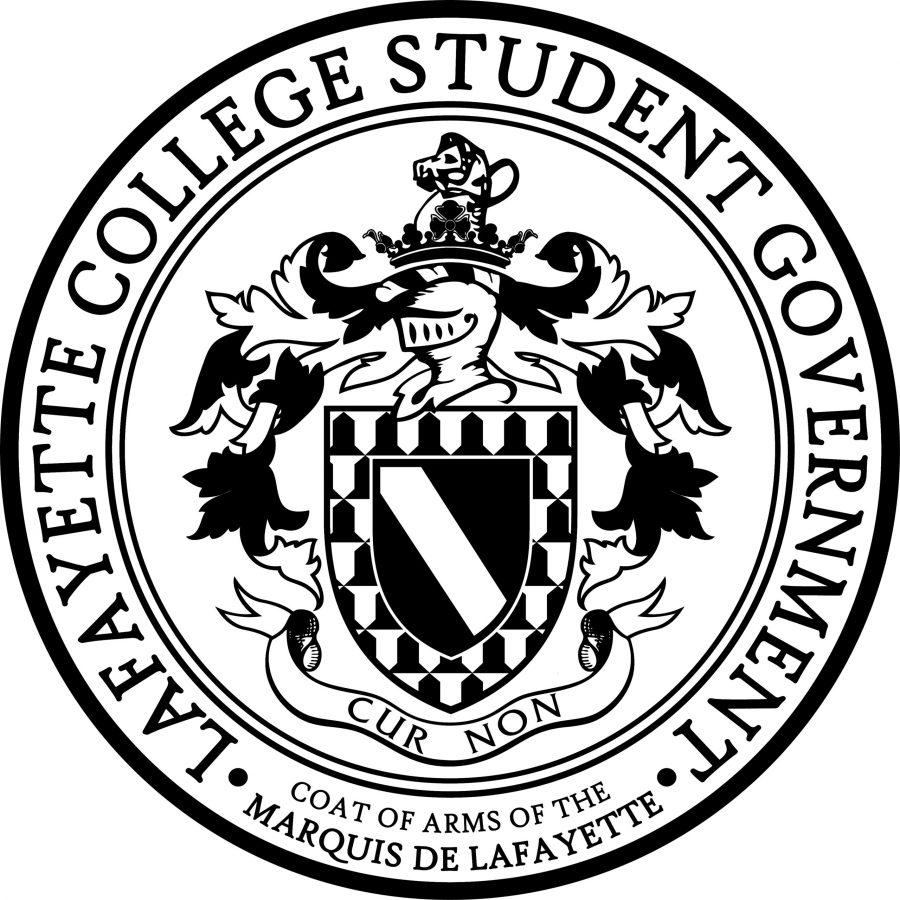 The Student Government Executive Board elections were originally scheduled to be held from April 15 to 17. (Photo courtesy of Gina Beviglia '22)

Concerns over the candidate for director of Greek life have put the student government executive board elections on hold for the past week. Lauren Ameruoso ’22 is the incumbent, but her lack of affiliation with a Greek chapter at Lafayette has raised some questions about her eligibility to serve as director for the upcoming academic year, as the student government constitution stipulates that the director of Greek life must be a member of either a sorority or fraternity on campus.

In order to rectify the issue democratically, the executive board voted on Tuesday on a motion that would allow non-affiliated students to run for director for this year only. The motion passed.

Intent-to-run forms have also been re-opened for the past week until 11:59 pm today so any student, affiliated or otherwise, can have the opportunity to run for Director of Greek Life. Candidates will campaign beginning Saturday and continue through the elections which will be held on Monday and Tuesday of next week.

Looking towards future terms, current student government Vice President Ross Coleman ‘22 noted that the outcome of this election will likely determine whether or not this motion becomes permanent.

“If people vote for Lauren and she wins the election, then I think it’s pretty clear that people who aren’t in Greek life should be allowed to run for the position because the majority of the students who voted said that someone who’s not in Greek can be director,” Coleman said. “So I think the future of the rule about serving as the director is dependent on this election.”

Ameruoso first ran for the position last year after sitting on the committee for a year. Two months after the executive election for the 2020-2021 academic year, she dropped her sorority for a variety of personal reasons, she said.

Despite this, she still sought reelection as director of Greek life.

“This issue was something we knew about,” Coleman said. “But since Lauren was the only one who was running, we weren’t going to pursue any sort of action unless there were concerns that were brought to us.”

At the executive candidates’ forum on April 13, two attendees anonymously voiced their opposition in the chat to Ameruoso’s campaign, citing both the bylaws and alleged bias against Greek life. The comments cited a recent article published by The Lafayette on why ex-sorority members dropped, which Ameruoso did not comment for.

“A few individuals have brought up concerns about me running for Greek Life Director considering I am not in Greek life and the student government bylaws state that the director must be affiliated,” Ameruoso wrote in an email. “I think these concerns are valid considering Student Government is very dedicated to following our bylaws and constitution closely and does not intend in any way to get around anything written.”

Ameruoso, however, said she does not doubt her ability to lead without bias, even going so far as to note the possible advantages of having been both affiliated and non-affiliated members at certain points in her college career.

“I actually think my past history with Greek Life helps with my leadership of this committee. It is quite unique to have had both experience in and out of the Greek system,” Ameruoso wrote. “So I do think it gives me a new perspective that I can contribute to our committee conversations, considering one of our main goals is to bridge the gap between affiliated and unaffiliated students.”

Formed half a decade ago, the Greek Life Committee is one of the newer committees to Student Government. When it was first created, it seemed obvious that the director should be an affiliated member.

“At the time when it was added, it made sense that the director would be a member of Greek life because only by being in Greek can you understand how to best serve the interests of those who are affiliated,” current student government Secretary Thalia Charles ‘22 said.

Ameruoso said she believes that this concern dissolves due to the fact that she has had an inside look into Greek life herself. And with the rise of the Abolish Greek Life movement here on campus, many non-affiliated students feel as though they deserve an inside voice regarding Greek life on campus.

“There’s a very tense situation on campus between people who are affiliated and not affiliated people, the various opinions going on about Greek life, so both sides are completely understandable,” Charles said. “I think the executive board definitely understands why people would be concerned about who’s going to be the Greek director.”

Ameruoso emphasized her dedication towards impartiality and noted her responsibility to all students, should she be elected as director.

“I think my committee will continue, as we always have, to listen to the concerns and demands of students and direct our projects and goals to match the desires of students,” Ameruoso wrote. “It is important to acknowledge that all students are going to have different experiences with Greek Life on campus, so it is our job as Student Government Representatives to listen to and validate the voices of all students, both affiliated and not.”

Ameruoso made sure to note that her core priority would be creating an equitable and inclusive campus, within and outside of Greek Life.

“I am so proud of my committee and all of the work we have accomplished together over the past year, and I do not want anything to undermine that,” Ameruoso wrote. “The Greek Life Committee will continue to work until the rest of the school year to make the campus community a more welcoming and inclusive space for all students and we encourage all students who would like to see similar changes at Lafayette to apply for Student Government.”