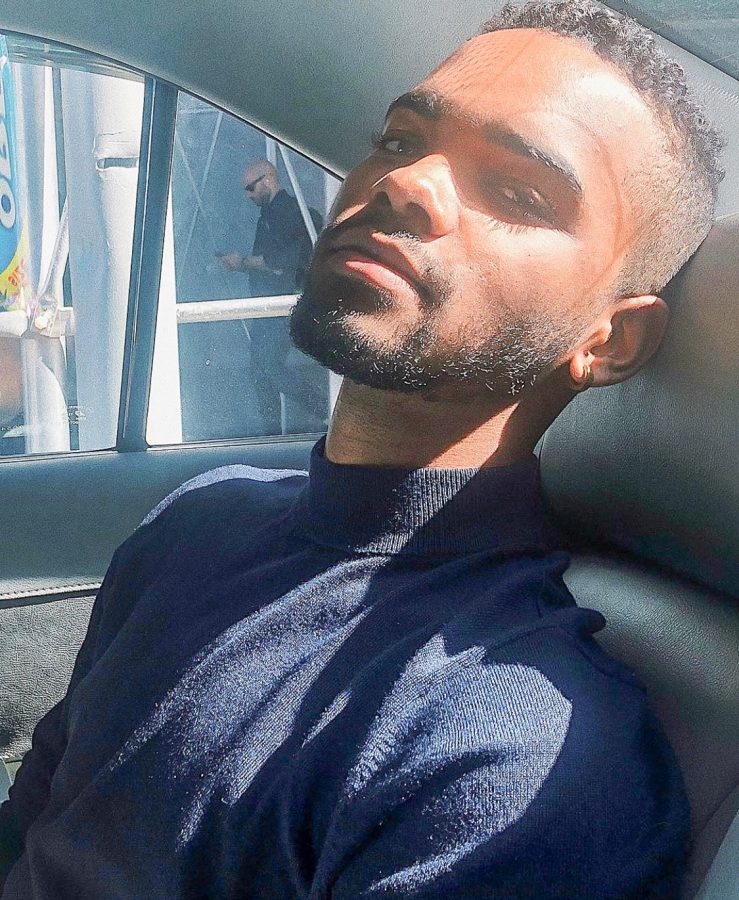 Mario Sanchez ’21, winner of the 2021 H. MacKnight Black Poetry contest, wrote his winning poem about the symbolism of water and the transcendent nature of the human soul.

“The River (Body) Speaks” captures Sanchez’ obsession with rivers and bodies of water.

“When I was a kid, I almost [accidentally] drowned several times,” Sanchez remarked. “I would run into the water, not aware of what could happen next.”

Sanchez said he had written a previous poem about someone drowning, but he wanted to write about someone underwater with enough awareness to recognize what Sanchez referred to as “the end of the world.”

His purpose in writing this poem was to portray the idea of transcending the body and entering whatever exists afterward, he said. His use of parentheses allows him to reach beyond the page in his writing, as this distinguishes two voices.

“There are two threads—the writer of the story and the actual story,” he explained.

The intention behind this writing method was to give the reader agency, he said, allowing them to bring the speaker and story to life. In this particular poem, the speaker is dying; the reader injects life.

Sanchez’s writing is greatly inspired by Clarice Lispector, a 20th century Brazilian novelist and short-story writer. He specifically referenced her work, “Agua Viva,” as a source of inspiration, as it employs the idea of the person embodying something outside of physical boundaries.

“It’s poetry that is breaking a fourth wall,” Sanchez said, referring to a more self-aware form of poetry. “Lispector doesn’t care about readers remembering her work; she wants one to live in the moment and words.”

This is reflective of Sanchez’s own writing process.

“When writing, I focus a lot on language–I need to feel something while writing and reading. I want to forget everything and sink into it and start writing, following my gut feelings,” he said.

Sanchez is also inspired by the works of Franz Kafka and Natalie Diaz. Specifically, Diaz’s work focuses on water theory and the idea of humans being a part of water.

“As a writer, I borrowed some lines from her,” Sanchez said of Diaz.

Sanchez pointed out Diaz’s poetry collection, “Postcolonial Love Poems,” as one whose words make him feel a rhythm in the language.

“When I read a poem and I want to write, that’s how I know it’s good,” Sanchez elaborated.

Reflecting on winning the contest, Sanchez said, “This was my most experimental poem, and I guess it payed off…I won the Jean Corrie Poetry Prize my freshman year and I placed a lot of expectations on myself. Winning this contest feels fulfilling and I’m very happy.”

I swam in a river once,

my feet scraped the hot bottom of it, chipped to a timber.

Earth wrapped up around me, pulled

me under its weight

The river went as I went:

The river went to what end

Its water thrashed up inside me, my throat became a gravel-ditch,

my mouth a nest torn empty.

The river entered in and out of me, till I entered myself—

I poured inside myself a bliss in spite of me,

(how I tremble in the background) a body of water,

And there we drifted along the cove,

under a single name,

under one enlaced in marriage (I am here).

The river a body.

The river-body beckoned the thrill of the wind. A fleck

of dust on the small white cage of the poem.

I am trying to convey to you something about the unknown,

the intangible, the unspeakable truth—

my hands the basin of mourning—

The heart, the heart.

And there I go (stitching you back to yourself):

untethering you from me, letting you

(pulled from under my weight)—