A story that tells itself 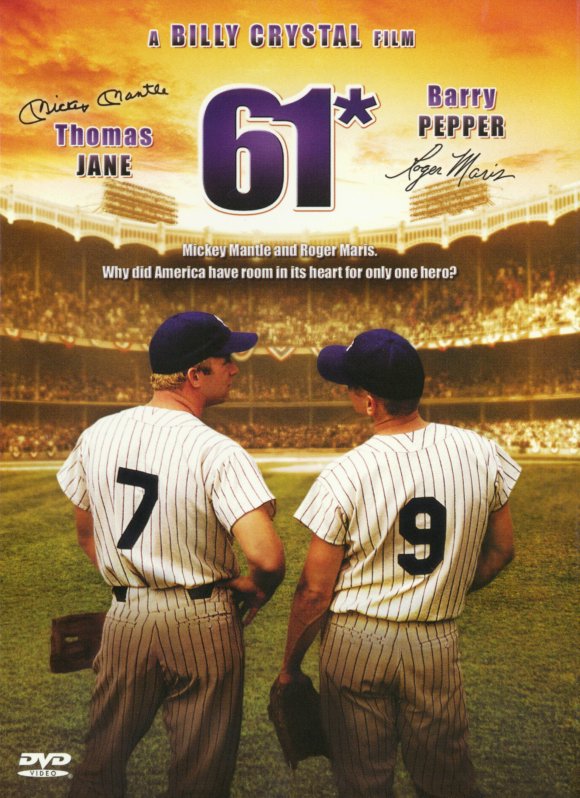 James Bickford
Why baseball is the perfect sport for film
When baseball was created all those years ago, it also unwittingly created a masterful formula for excellent sports movies.

Baseball is a game that is uniquely suited for the medium of film. It has built-in moments of tension, base-running was practically designed for slow-motion shots and nothing is quite as glorious as seeing the hero stepping up to the plate with the bases loaded and hitting a home run.

With a litany of feel-good classics and colorful characters, the America’s greatest pastime has spawned a great American tradition of films.

No movie better emulates what makes baseball so suited for films than the “61*” (2001). It follows the real life story of Roger Maris and Micky Mantle, both Yankee superstars, competing to break Babe Ruth’s single-season home run record in 1961.

One of the most intense moments in any good movie about baseball is the stare-down, when the batter and the pitcher lock their eyes and prepare to engage in a bizarre psychological duel. The silence is tense before the pitch when Maris is one home-run away from the record in “61*.” And, spoiler alert: the pitcher wins. By introducing a level of uncertainty, Maris’s eventual success tastes sweeter.

The title of “61*” has an asterisk in it is due to the fact that the 1961 baseball season was longer than Babe Ruth’s historic 1927 season. So, Maris had to break the record within the same amount of time. Because he went a single game longer than Babe, Maris’ record was marked with an asterisk for years until the MLB abolished it in 1991. The remarkable history of baseball—and the people trying to protect it—add a type of antagonist not often seen in sports films.

Throughout the movie, Maris and Mantle show they are really good friends. The American public, however, pits them against each other in the journey to break the home run record. The press is all over them, the people are all over them and the officials are all over them.

Despite that they are on the same team, the two are made to compete against each other. Baseball mixes team dynamics with individual accomplishment. This fusion adds new layers to most baseball movies. For example, there is camaraderie in the locker room and teamwork on the field. But, when the player is at bat, he is all alone.

“61*” is a textbook for how to make a good baseball movie—and it exemplifies why baseball is the perfect sport for film. The rules, tropes, history and character of the sport tell a story on their own, with the script existing as a thread binding it all together. Baseball is a story that almost tells itself and, as the long list of classics and box office successes attest, it is a story people want to see.