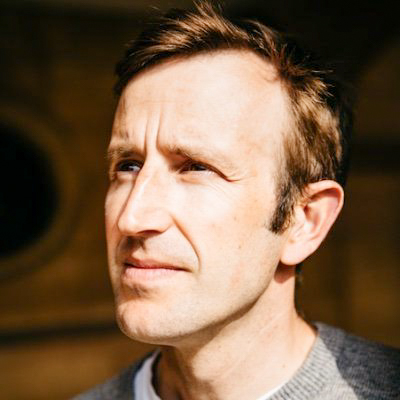 Acclaimed nature writer Robert Macfarlane delivered the 2020 Hatfield Lecture, in which he spoke about his book "Underland," as well as what investigating the landscapes beneath the surface of the Earth taught him about conservation. (Image courtesy of Macfarlane's Twitter account)

Nature writer Robert Macfarlane has written an entire book on the underground—but even he is not afraid to admit that there is much he still doesn’t know about what he describes as “the Underland.”

“We know so little of the worlds beneath our feet,” Macfarlane said during this year’s John L. Hatfield ‘67 Lecture. “If you look up on a cloudless night, you might see the light from a star trillions of miles away. You can pick out the craters left by asteroid strikes on the moon’s face. But if you look down—do it now—your sight stops at the floor: topsoil, tarmac, vinyl, toe.”

The 2020 Hatfield Lecture was originally planned to be held in March of 2020 but was rescheduled to this past Wednesday in celebration of Earth Day. The lecture featured a discussion with Macfarlane about his nonfiction book “Underland.” The book explores the landscapes beneath the surface of the earth through space and time.

“Underland” was featured on several lists, including the New York Times 100 Notable Books of the Year, NPR’s Favorite Books of 2019 and the Guardian’s 100 Best Books of the 21st Century.

“One of the things that I find so remarkable about Dr. Macfarlane’s work is that we never talk about nature and humanity by themselves,” Professor Christopher Phillips of the English department said as he introduced the lecture. “The interweaving, the interconnection, is always incredibly important.”

In Macfarlane’s words, the lecture was about the Underland, or “the unknown worlds beneath our feet, the long term past and features of this fragile wondrous Earth on whose thin crust we have made our precarious home.”

“At the core of this lecture is the question asked—unforgettably, for me—by the Nobel Prize winning immunologist Jonas Salk: Are we being good ancestors?” Macfarlane said.

Macfarlane went on to explain that writing about the Underland in the context of deep time gave him insight into the answer of what it means to be a good ancestor. Although contemplating the effect that our actions can have on our ancestors can feel disheartening, Macfarlane argued that it shouldn’t.

“I came, over the course of writing Underland, increasingly to argue for and think of a deep time ethic, in which contemplating ourselves within a deeper time context and intergenerational context, a good ancestral context, seeing ourselves as the inheritors of gift and the leavers of legacy, should not have a flat ontology whereby all things are equalized and worthless and transient by the immense perspective of deep time,” Macfarlane said.

Instead, Macfarlane said that understanding deep time should empower us to become better conservationists so that we can leave behind a more ecologically sustainable planet for future generations.

“The future is yours to shape,” he said, directly addressing young people watching the lecture. “You’ve taken it increasingly out of our hands, and I’m so grateful for that because we’ve made quite a mess of it.”

Macfarlane concluded his talk by urging attendees with a piece of advice from ecofeminist Donna Haraway: “staying with the trouble.”

“It’s impossible now to write from beyond the context of damage, of decline, of injustice,” Macfarlane said of nature writing. “The trouble is here to stay. It needs to be clearly seen, and organized against up and down, from the local to the global.”