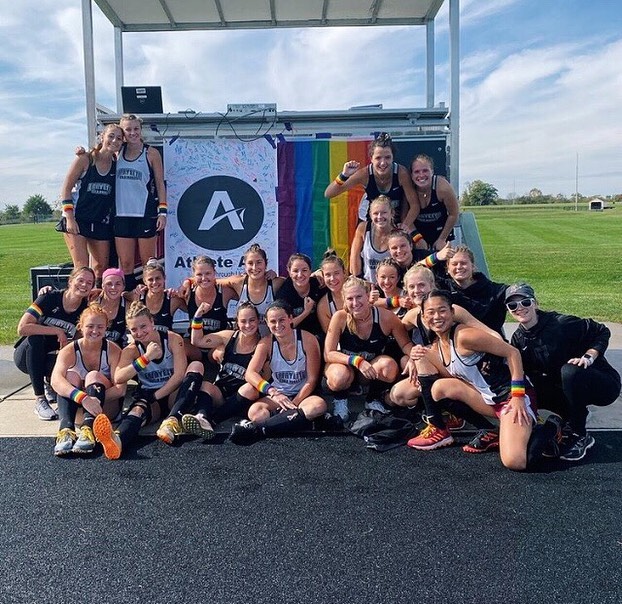 This past week, the athletic department released their diversity, equity, and inclusion (DEI) initiatives, another step forward in the department’s effort to combat racial injustice in Lafayette athletics.

The latest update in the initiative are the pillars of the DEI plan, which consist of education, representation, awareness, support & programming and resources & pledges. The pillars were created by a task force comprised of coaches, administrators and an outside consultant.

Along with task force, student-athletes, coaches, and “other stakeholders” developed the foundation upon which the DEI plan is built.

“The overall response to our Diversity, Equity and Inclusion initiatives has been positive,” said Athletic Director Sherryta Freeman. “As the plan was developed, we committed to ensuring that we received continual feedback from our coaches beyond those that were active members of the task force. In addition, we have been able to utilize the expertise of our consultant throughout the process so that our coaches have a resource to assist in developing programs and initiating conversations.”

The pledge from the DEI task force is to create an inclusive environment for people of color and members of underrepresented groups, with the goal being to promote representation and leadership opportunities for these groups on campus.

While the task force is compromised of administrators, coaches and campus partners, student-athletes are a key cog in ensuring the campus becomes a more diverse and safer place for all.

“I am very proud of the work by our student-athlete led organizations,” Freeman said.
“They have raised awareness by promoting pledges at games, selling t-shirts, creating videos, serving in leadership roles within our department and providing feedback to staff on programs/initiatives. Our department allows for autonomy in the direction of these groups and the space to lead in the ways they feel will be effective. We have also set aside funding to support their efforts as well.”

Student-athlete organizations that are part of the DEI plan include Athletes of Color and Athlete Ally, both of which promote a safer campus experience and focus on providing equal opportunities for all.

Athletes of Color is led by three co-presidents: Juniors Makaila Wilson and Nicole Johnson as well as sophomore Jess Booth, all of whom compete on the women’s basketball team. The organization’s main goal is promote a safe space for athletes of color to communicate their unique viewpoints and amplify their voices.

Athlete Ally advocates for LBGTQ equality in the world of athletics. Lafayette recently scored a perfect score on the Athletic Equality Index, a report launched by the national Athlete Ally organization which scores schools based on eight critical LGBTQ-inclusive policies and best practices. Lafayette and Boston University are the only Patriot League schools thus far to receive perfect scores, although a few schools have yet to be tested.

“I am pleased with Lafayette College scoring an 100% on the Athlete Ally Athletic Equality Index,” Freeman said. “It demonstrates that we have met the minimum standards for inclusion policies and practices but we are not satisfied with just scoring well on this measurement.”

“True equality and inclusion is based on the positive experiences of students and staff and their sense of belonging,” she added. “We take pride in our score but remain committed to continual work through our DEI initiatives.”