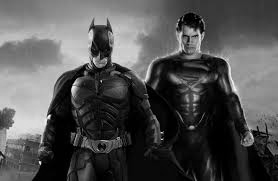 James Bickford
Batman v Superman takes place in this 2012 animated movie
While superhero film fans wait with baited breath for the World’s Finest to lock horns in 2016’s “Batman v Superman: Dawn of Justice,” they may be unaware that that battle already took place on the silver screen in 2012’s “The Dark Knight Returns.”

“The Dark Knight Returns” was originally a 1986 comic book miniseries written and illustrated by Frank Miller, the creative mind behind “300.” Meant to be a darker and grittier Batman than had been seen in years previous, “The Dark Knight Returns” was a great critical and commercial success, and has gone down in history as one of the greatest comic book stories of all time. It was so successful that DC decided to make an animated adaption of the story in 2012, releasing a feature-length film that remains remarkable faithful to the source material. The most memorable and influential scene in the story is the climactic battle between Superman and Batman, and it was the promise of seeing this clash of titans that drove the financial success of this two-disc DVD.

The story follows a much different Bruce Wayne than we are used to, being in his 50s and retired from being a super-hero. Eventually, Gotham City begins to fall into ruin without it’s caped crusader. So, Batman dons the cowl again to try to bring law and order back to the streets of Gotham. From there it gets a bit convoluted—since the original story was meant to be divided into four equal parts—but Batman ends up fighting classic villains Two-Face and the Joker (each respectively voiced by Wade Williams and Michael Emerson), a particularly large mutant creature (voiced by Gary Anthony Williams) and finally the Man of Steel himself (voiced by Mark Valley).

Although the script is as convoluted as comic book movies get, the actors are all on point. Special mention should go to Ariel Winter who voiced this story’s Robin—a girl whose admiration for Batman drives her to take up his mantle and help him save the city. Michael Emerson manages to deliver a very different Joker, making him creepier than ever before. Even though I do not believe that Peter Weller’s booming baritone perfectly fits Batman’s character, he delivers each line with amazing conviction and weight, bringing an older, wizened aspect to Batman’s character.

The film is gorgeous to behold, especially considering it is a direct-to-DVD cartoon instead of a big-budget Disney animated blockbuster. The setting is dark and bleak, with some scenes in this dystopian world more resembling something out of “Mad Max” than a Batman story.

The character designs are all excellent, and the animation flows smoothly. An excellent score written by longtime DC composer Christopher Drake, which adds weight to each scene, accentuates the animation and providing an immersive background for the action to take place.

Superman fans be warned, he is not treated well in this movie as he is portrayed as a tool of the government, always upholding the decisions made by President Reagan.

The final confrontation between Superman and Batman is suitably epic. Batman dons a power-suit (very similar to the one shown in the “Batman v Superman” trailer) to give him the necessary strength and speed to fight Superman—even at his advanced age—and the battle is just as epic and intense as it deserves to be. If “Dawn of Justice” manages to put on half the spectacle for their showdown as was in “The Dark Knight Rises,” moviegoers are in for a real treat.

“The Dark Knight Returns” delivered in 2012 what fans are now waiting eagerly for in 2016—a satisfying showdown between the two most famous superheroes on the planet. There are several problems with the story, as it has not been perfectly adapted for a regular film, and Superman faithful may strongly disagree with his portrayal in the movie. However, the climactic point in the film delivers in a big way, and the great acting, gorgeous art, smooth animation and fantastic music makes up for all of that in a big way. A real bargain for super-fans looking to get a sneak peek at 2016. Final score: 80/100.