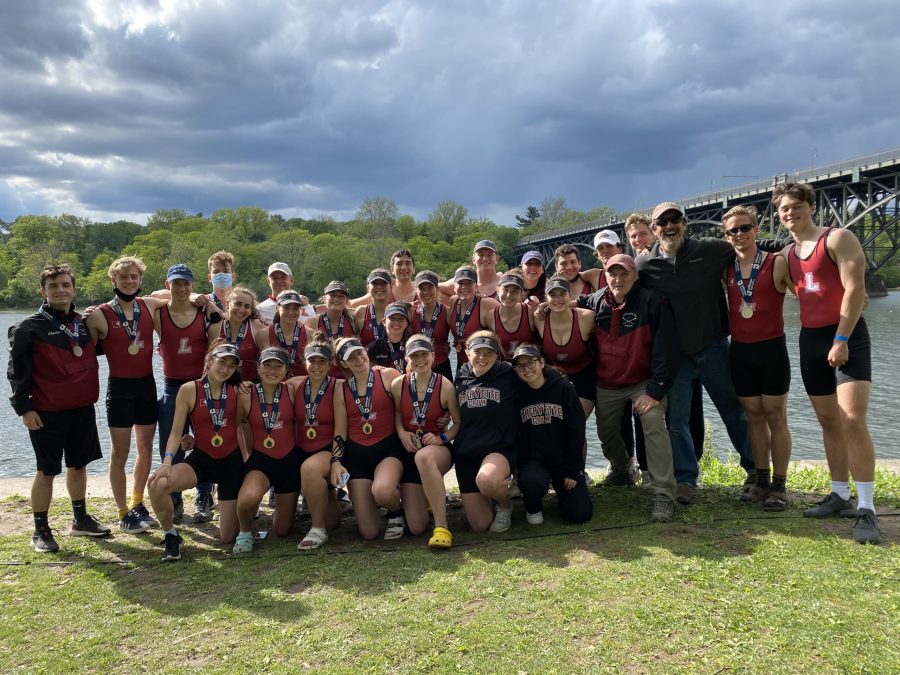 The Lafayette club crew team returned to the Dad Vail Regatta in Philadelphia on Saturday for an event they have been anticipating all semester.

Fewer schools were in attendance this year due to the pandemic, so the race was smaller than normal this season and was shortened from two days to just one.

The regatta committee enforced strict guidelines to ensure health and safety of athletes and coaches, which meant no spectators or vendors were able to observe as Lafayette fielded eight boats on the day and all boats advanced to the finals.

The men’s side saw success in the varsity single and varsity heavyweight four events.

“My four was practicing about eight times a week on the water, split between mornings at 5:30 a.m. and then 4 p.m. every day,” explained senior Euan Walker. “Whenever we couldn’t get together as a boat for the second practice, I would go out by myself to do singles so I was doing about 13 practices a week.”

Walker won the men’s varsity single event with an impressive time of 7:36.74.

“In the single race, I decided to go for first instead of settling for third and saving my energy for my second race and that was a big difference compared to what I usually do,” Walker said.

“It’s really nice having those six medals to kind of end an eight-year career,” he said.

“We hadn’t had any races and didn’t really have anything to compare ourselves to in terms of how fast other schools were,” Walker said. “The whole time I thought my boat was in third, and then I realized we were in second. We were really fast and that was a very memorable moment, it great to build morale.”

As for the women’s side, the JV four heat, varsity pair, and varsity four placed with high ranks.

The JV four heat finished in first place winning a gold medal, with the boat rowing a time of 08:05.42 with sophomore Abby Hammel at stroke.

With sophomore Aimee Koestler at stroke and classmate Kate Pellegrino steering in the bow seat, the women’s varsity pair brought home a silver medal with a time of 08:23.77.

The women’s varsity four took bronze behind two boats from Princeton, a Division I scholarship program. This boat was stroked by junior Haley Simpson with a time of 07:31.53.

The five medals won on Saturday were the most for Lafayette in a single Dad Vail Regatta, following up a three-medal performance at the 2019 Dad Vails.