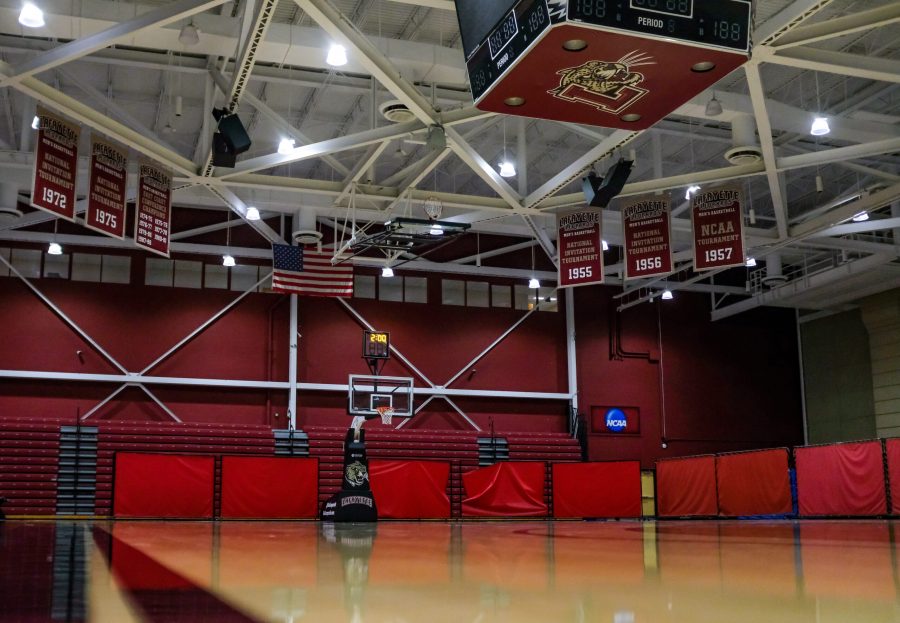 This spring was the first semester ever that all fall and spring sports teams played simultaneously. (Photo courtesy of Caroline Burns '22)

The spring 2021 semester was a season that student-athletes will not soon forget. The condensed calendar, limited travel, and fluctuating schedule for practices and games were issues that all athletes had to deal with. Most were happy to take on the extra burden in order to play their sports, regardless of the circumstances.

“I am beyond happy that all of our sports teams had the opportunity to compete this spring,” Freeman said. “Practicing and competing is a part of the identity of our student-athletes and I am glad we had the support and means to provide them with that opportunity.”

Freeman also acknowledged the immense effort of the entire department’s staff in allowing the season to proceed. This was the first spring in Lafayette history that all fall and spring sports teams were competing simultaneously.

“Given the challenges of COVID-19 and so many unknowns, everyone in our community stepped up to the challenge to ensure that we had a great spring semester,” Freeman added. “From our student-athletes, to our coaches, to our athletics staff, to campus leadership – we owe everyone a big thank you for their support.”

In many other ways, 2020-2021 was a significant year for Lafayette athletics: The NCAA announced an extra year of eligibility, meaning athletes who were originally supposed to graduate will be allowed to return for a fifth season if they choose.

“We do have a few student-athletes that will be returning next year,” Freeman said. “The flexibility granted by the NCAA and the Patriot League was extremely helpful in meeting the academic and athletic requests of those student-athletes who wished to use another year of eligibility here at Lafayette.”

The department had other good news throughout the turbulent year as well: Former student-athletes JP Woodward and Natalie Kucowski made the transition to the professional level in their respective sports. Woodward was signed by the Philadelphia Phillies in June of last year and Kucowski was drafted by the defending WNBA champion Seattle Storm.

“Lafayette Athletics has many assets to sell to recruits,” Freeman stated. “The ability to perform at the highest level in your sport and have the opportunity to play professionally is another selling point that we can utilize. There is no doubt that Lafayette is a place where you can achieve excellence in and out of [the] classroom and I am so proud of our student-athletes.”

Kucowski is currently participating in team workouts in Seattle while she finishes two courses at Lafayette online, while Woodward’s season is already underway: He currently holds a 2.08 ERA in four appearances for the Low-A Clearwater Threshers, who play in Florida.

Having two athletes go professional is excellent news for a department that is trying to create a championship culture at the school, with Freeman spearheading a five-year strategic plan that ends in 2023. The plan appeared to be working after the last full season in 2019, with the fall programs doubling their win total from 2018 and rising from the depths of the Patriot League President’s Cup standings.

The news of Woodward and Kucowski also gives Lafayette athletics programs more national visibility when recruiting athletes, making the prospect of getting drafted out of the college seem much more realistic after this year.

While the pandemic has wound down since last March, the coronavirus is still very much a factor when looking at the near future of Lafayette athletics. Decisions have yet to be made about the summer training period and fall season, although it appears there is a good chance that things are back to normal by September.

“In pre-COVID-19 times, we had several student-athletes who remained on campus for various employment and academic opportunities,” Freeman said. “Thus, we have been able to provide training opportunities to prepare for the upcoming year. We anticipate having similar activity this summer and are currently working through those protocols with campus staff.”

That being said, the department is anticipating a full return to normal activities by the fall and is gearing up for a normal 2021 season.

“As we have done throughout the last year, we will closely monitor the medical guidance for operation,” Freeman said. “We anticipate that we will be able to return to normal activity and are planning our seasons with that in mind.”