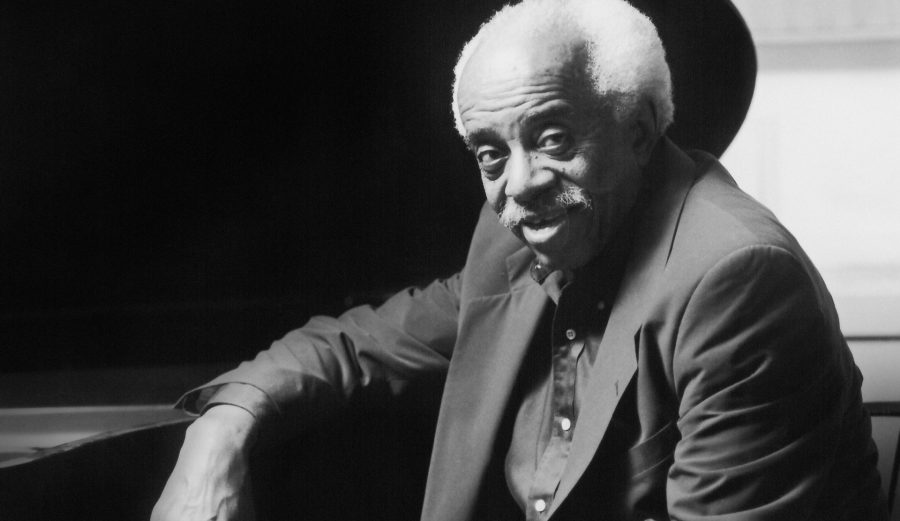 Harris is a jazz musician who grew up in the Detroit scene. During his early career, he collaborated with jazz greats Miles Davis and Thad Jones, and toured with Clifford Brown and Max Roach. He also worked with Cannonball Adderley and his quintet. In the 1960’s he moved to New York and entered the city’s thriving jazz scene, collaborating with artists such as Dexter Gordon, Hank Mobley and most extensively with jazz legend Coleman Hawkins.

It was during this time he first became a jazz educator, a passion that has stayed with him to this day. In the 1980’s he was in charge of the Jazz Cultural Workshop He has an honorary doctorate from Northwestern University, and the Mid-Atlantic Arts Association considers him a “Living Legacy of Jazz,” and received the 1999 Mentor award for his work at the Manhattan Country School in New York City. He continues to lead workshop sessions for aspiring musicians in New York to this day.

He also founded the Jazz Cultural Theater, and has been an exponent of a classical jazz style pioneered by his greatest influence and personal friend jazz bebop pianist Thelonious Monk.

Since 1991, he has heavily collaborated with Toronto musician Howard Rees to create educational recordings and videos for students interested in learning his particular style.

In addition to New York and Detroit, Harris has played in the Yubin Chokin Concert Hall in Tokyo, as well as in venues across the US and Europe.

In a 1994 New York Times article, Peter Watrous wrote about the influence Harris had on bebop, saying that “one of [bebop’s] traits was a terrifying speed, which could make the music seem manic and impersonal…[Harris] changed that entirely.”

Harris’ style involves playing what is usually a fast genre at a slow pace, letting the audience hear the lyrics and absorb the song. He plays with a gentle, soothing style.

Harris has released 19 albums as a lead artist to date, with dozens of “sideman” credits to his name.

Harris and his trio will be playing from 8:00 p.m. – 10:00 p.m. in Williams Center for the Arts. They will be joined by Thelonious Monk Competition winners Jon Irabagon and Marquis Hill.