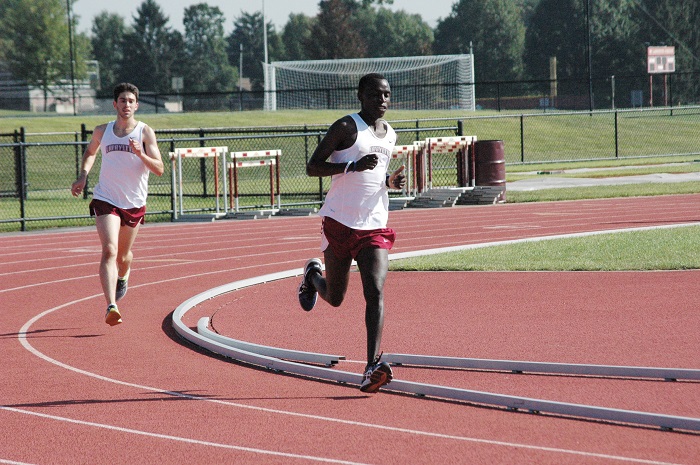 CORRECTION: Due to a reporting error Timeout With last week featured numerous fabricated quotes. The Lafayette sincerely regrets the error and in the interest of fairness we are re-running the same interview in its entirety. The following interview was conducted via email and contains no editing by The Lafayette staff. Furthermore, The Lafayette encourages anyone who has been misquoted or misrepresented in a story to contact Editor-in-Chief William Gordon immediately.

Adam Nussbaum: Talk to me about your big race on Saturday. You won the first Cross Country meet of the season.

Kelvin Serem: It was unreal! I didn’t have high expectations before the race but as soon as I stepped on the starting line, I knew very well that every second was crucial and I wasn’t going to let my team down.

The race was good from the start and my goal was just to be among the top ten finishers. However, after 2.5 miles, I felt great and the front guys were just 5 seconds ahead of me. All I remember from that point is hearing my coach saying: “Go Go Serem! you are doing great!!” That race was simply the reaffirmation that hard work pays.

AN: When did you start running and how did you know it was right for you?

KS: It’s been very long! If running to school counts, then it’s been more than a decade.

AN: Who has been the most influential figure throughout your XC career?

KS: My coaches and teammates

AN: How has the team prepared for the upcoming season?

KS: We have been doing long runs and other tactical stuff. Our coaches have also made numerous workout plans and I am hoping that we are going to have a great season. Moreover, we have set individual and team goals and I believe we have what it takes to shock some teams this season.

AN: What are the team’s goals going into the season?

KS: At least have our 3 to 4 guys in top 10 and also place position 6 or 7 overall in the Patriot League Championships

AN: What aspect of your game did you work on most in the offseason?

KS: Definitely staying health (I have been battling with all sorts of injuries) and increasing my mileage.

AN: What is your offseason workout regimen?

AN: What’s your most memorable XC moment?

AN: What are the differences between running in the United States and Kenya?

KS: For me, I regard “running culture” as the main difference between the two counties. In Kenya, I can run on grassy areas for long but most trails in the U.S are paved – which eventually hurts your legs. I have shin splint problems but it all started when I came here.

AN: What are your plans for running in the future? Is it something you want to continue for the rest of your life?

KS: I will absolutely continue running after college but just for fun. I know it sounds weird but trust me, running is like a form of treatment to me.

AN: Do you have any pre-meet rituals?

KS: Anywhere in Africa!! I know it sounds crazy but talk about Maasai Mara – Kenya, Serengeti – Tanzania, or even Victoria Falls in Zimbabwe and it’s a done deal

AN: What’s your favorite song?

AN: What’s your favorite movie?

KS: Tricky one! Next question please!

KS: I am a very good listener. Let me not even expound on resilience because that is my secret weapon.