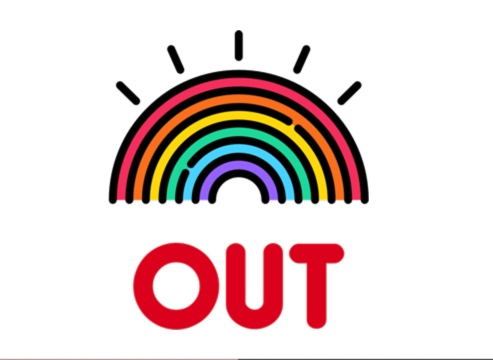 As a new club on campus, OUT Lafayette offers a safe space for queer students and an opportunity for education to allies. (Photo courtesy of Kayla Massi '22)

Kayla Massi ‘23 and Meredith McGee ‘23, the president and vice president of OUT Lafayette respectively, believe in the importance of fostering a safe and inclusive environment where queer students and allies can come together to learn and socialize.

While there are already two campus organizations that are focused on creating a space for LGBTQ students, QPOC (Queer People of Color) and Athlete Ally, Massi and McGee were inspired to create another safe space that does not take space away from these specific communities.

Additionally, Massi felt that the Lafayette’s Gender and Sexuality Resource Center was inaccessible in the past.

“In Farinon, there’s the Gender and Sexuality Resource Center,” Massi explained. “But even coming in as a freshman, I felt like it was always locked.”

The pair was also inspired by the recent success of student-run clubs such as SHEESH, an organization for women and non-binary students that emphasizes the values of feminism and gender equality.

“Seeing SHEESH rising up and advancing almost instantly made us feel like it was possible to start a club and form a community like that,” McGee said.

According to Massi, the college’s need for OUT increased this past spring. On May 22, during finals week, there was a flurry of social media posts and reports to the college of an assault that occurred off campus. Brian Samble, the Dean of Students announced that the College launched an investigation of this incident.

“Public Safety is investigating a disturbing report of an assault with bias that occurred at approximately 3 A.M. [May 22]. We have also received a number of One Pard reports underscoring how concerned members of the community are about this discriminatory behavior,” Samble wrote.

There has been no update on the report from the College since this response.

“At the end of May, there was a hate crime that occurred on campus,” Massi explained. “We had wanted to start this club for about a year, and this showed us how much we needed this space for queer students to feel physically safe.”

In addition to providing a safe community for queer students, OUT also seeks to educate other students on how to be better allies for their LGBTQ friends and family.

“We’re not just opening the club to queer individuals. It’s very important to teach non-queer people how to be better allies and support systems for the queer people in their lives,” Massi explained.

McGee and Massi have many plans in place for events that will take place throughout the year.

“We plan to meet once a month during the year, since over 80 people have already expressed interest, and everyone is so busy,” Massi said.

“We’re planning a Halloween movie night, and to bring in speakers throughout Queer History Month in October,” McGee said. “And since we’re not on campus during Pride Month, we’re hoping to have our own Pride event in the spring, and maybe even some type of dance because high school prom can be a bad experience for queer students.”

OUT’s executive board hopes to bring in a wide range of speakers with different perspectives.

“There are the Queer Archives, which interview alumni about their experiences,” McGee said. “But I only know about those because I’m a history major, and not a lot of others know that they’re there. We could introduce that to people and bring in queer alumni to speak to current students about their experiences.”

Massi also mentioned hosting speakers from outside organizations, such as Comcast where their father works.

“When I told my dad we wanted to start this club, he said Comcast had something similar for queer employees,” Massi explained. “He connected us with the people that run it, who gave us advice and said they would be happy to talk to the group about how to create a queer-friendly work environment.”

OUT will be officially recognized by Lafayette as a club in the coming weeks. Those interested in learning more about OUT can visit the club’s Instagram profile at @out_laf.

Correction 9/3/21: This article previously stated that SHEESH is a gender-inclusive organization.