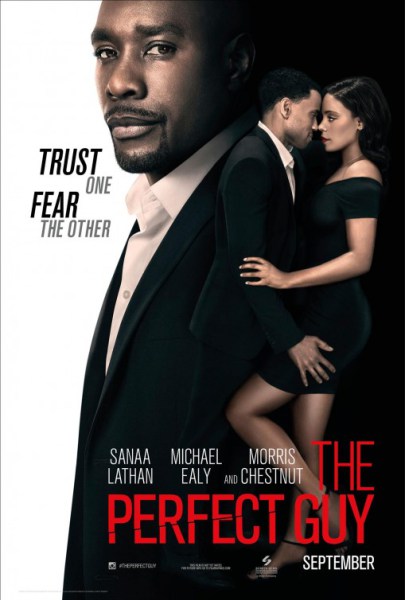 David Rosenthal’s new flick: a by-the-numbers bore
A good thriller can get your heart pumping and can lead you on an emotional roller coaster, throwing out twists, turns and memorable moments for years to come. “The Perfect Guy” does none of that, preferring to settle for being terrible.

This snore-fest follows the usual template. If you saw the trailer, you know everything about “The Perfect Guy.” The film brings nothing new to the table, settling comfortably into tired clichés that leave you feeling drained if you even bother to pay attention.

No plot synopsis can safely avoid spoilers. The movie is so formulaic that to watch the first scene is to know the last one. Suffice to say that it’s about a woman named Leah (Sanaa Lathan) who leaves Dave (Morris Chestnut), a man she loves dearly, because he doesn’t want to talk about marriage. She ends up meeting Carter (Michael Ealy), a guy who seems too good to be true, and begins to date him. He ends up being a jealous, violent, controlling, possessive and all around unpleasant stalker.

The story is a ridiculous mess, punctuated by some of the most idiotic writing I have ever seen. The police have multiple opportunities to arrest Carter, but constantly bungle the investigation in the most incompetent ways solely to prolong the plodding narrative. Leah acts like she has no common sense in her body, at times putting herself in danger needlessly just to set up a “creepy” scene. I say “creepy” because the movie tries very hard to be scary, but the only thing it manages to do is compose situations that might mildly agitate a particularly timid third grader. A seasoned moviegoer will find nothing new, interesting or engaging in this story.

The actors all do a good job – Michael Ealy in particular gives what is at times a quite gripping performance as a seductive gentlemen and a dangerously possessive stalker – but they are given absolutely nothing to work with. The writing never quite reaches the nadir that is “50 Shades of Grey,” but the story comes dangerously close to ripping off its more popular cousin. If Ealy is not channeling Christian Grey in a ploy to win over a share of the “50 Shades” demographic, he does nothing to differentiate Carter from his spiritual predecessor. The suave, seductive, yet ruthlessly abusive “perfect guy” is done to death, which robs Ealy of any opportunity to differentiate Carter from the pack.

Director David Rosenthal should never try to direct a horror movie or thriller again if this is his best effort. The man is a good director, with potential to be a great one, but he doesn’t compose a single compelling scene in the entire film. If M. Night Shyamalan were the director of this bland, by-the-numbers atrocity it would not be any worse. It might be improved, in fact, because at least Shyamalan can be unpredictable, if idiotic, in his horror movies.

“The Perfect Guy” is not a complete mess. It has a semi-coherent story arc and solid performances. It is just a bland, boring, irritating film that suffers from a complete lack of competence and originality on the part of the writers, directors and producers. If you have ever seen a thriller in your life, this movie has nothing for you. If you have never seen one, there are many much better films out there to introduce you to the genre. Final score: 35/100