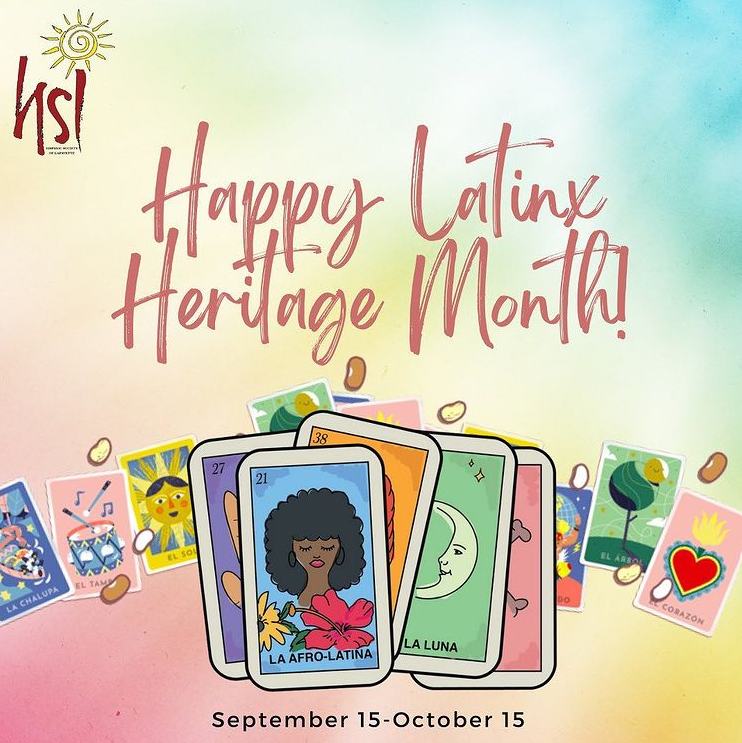 This fall, both the Hispanic Society of Lafayette and the Office of Intercultural Development have plans for Latinx Heritage Month, which officially kicked off on Wednesday September 15, with events and celebrations focusing on honoring culture, engaging students and giving back to the community. (Photo courtesy of @hsl.lafayette Instagram)

The organizers of Latinx Heritage Month at Lafayette want the month to exist in more than just its name.

Latinx Heritage Month, which is known more commonly as National Hispanic Heritage Month, takes place from September 15 to October 15. Student Body President Flor Caceres ’22 explained that the month is about “celebrating the independence of Latin American countries, their cultures, people and traditions from Spanish colonialism.”

“Hispanic means Spanish-speaking countries. That incorporates Spain into it as well. We want to make sure there’s that differentiation,” Caceres said about shifting the name on campus from National Hispanic Heritage Month to Latinx Heritage Month. “Additionally, for example, Brazil is not a majority Spanish-speaking country, but they still belong to the Latin American community, and we celebrate their culture as well.”

The Hispanic Society of Lafayette (HSL) has organized several events throughout the month in order to allow Hispanic students to come together and celebrate their shared culture. According to HSL President María Padilla ’22, HSL provides a community to students who can relate to each other due to their cultural background. Padilla explained that the group “[tries] to generate inclusivity within the Hispanic community.”

Many members of the Lafayette community find meaning in the celebration of their heritage this month. Associate Director of the Office of Intercultural Development (OID) Karina Fuentes said that for her, the month represents “creating awareness of who I am as a person, as a Latina, and also connecting with my Latinx students who I work closely with.”

“I’m excited to work with international [Latinx] students, who have never needed to do a celebration of Latinx. What excites me is just seeing students take part in programs they’ve never had before,” Fuentes said.

One of the events that will be held this month is Copa Lafayette, which is inspired by the South American soccer competition Copa Oro. Copa Lafayette will be a soccer competition on September 19 pitting two teams of four against one another. Every person who participates will pay a small fee that goes directly to local Latinx organizations. Spectators are welcome to donate as well.

“[HSL is] trying to give back to the community. This is one way that people can have fun and also care about other individuals who are a part of the Hispanic community here in Easton,” Padilla said.

“Soccer is a really big thing in Latin American culture,” Caceres said of Copa Lafayette. “What are some ways to connect students here on campus? We could do an outdoors activity that’s fun and educational, raising funds for a local organization and get people more involved with the Lehigh Valley community.”

Additionally, actress and activist Diane Guerrero will be a guest speaker for the month. Guerrero, notable for her role as Maritza Ramos in the Netflix series “Orange Is the New Black,” was only fourteen years old when her parents and older brother were deported to Colombia, an experience she details in her vocal criticism of family separations at the border.

Another guest speaker, Saul Flores, a philanthropist, photojournalist and speaker who is nationally recognized for his social impact projects will be giving a talk over Zoom on Monday, Sept. 20.

“In the Hispanic community, dancing and music are so special to us,” Padilla said. “I grew up dancing, listening to reggaeton. That’s what connects us. We’re connecting each other through the language of music—not just because we’re Hispanic. We’re creating connections because we’re human beings.”

Fuentes hopes that students outside of the Latinx community will take part in these events as well.

“I always encourage my Latinx students and my students of color to spread the news of the events to students who do not look like them,” Fuentes said. “We want to make sure that they have a space to learn. If we only invite our own community, the education will never spread to the broader community.”

Caceres said that the lack of allyship within the BIPOC community is an ongoing issue.

“It’s easy for our school to say we’re co-sponsoring each other, in name or advertisement, but how many of your club members actively show up to the events? They say we’ll advertise it, but how many administrators actually show up? It’s easy to say it, but it’s another thing to show it,” Caceres said.

HSL’s big picture goal for this month is to connect celebration and fun with philanthropy and community engagement.

“We want to encourage everyone to participate in these events, to have a greater number of students helping out the Easton community,” Padilla explained.

“This year our focus is to give back to the community, specifically the Hispanic community. In previous years, I think we underestimate the number of Hispanics that are here, but if you go downtown there are a lot of Hispanic restaurants, Colombian restaurants, Mexican restaurants,” Padilla said. “We’re trying to create a link between the Lafayette community and the Easton community.”

According to Caceres, a successful Latinx Heritage Month would leave students feeling connected.

“We’re missing a large portion of what it means to be a community. Even though I love Lafayette, there has often been a struggle around the disparities between the Latinx community and the rest of the student body,” Caceres explained.

Fuentes stated that a successful month would continue beyond October 15.

“This is not just a month,” Fuentes said. “It’s all year round.”

Due to an increase in COVID-19 cases, the dates and in-person status of some events are uncertain. Students can stay up to date on events and through the HSL Instagram page, @hsl.lafayette as well as on the Office of Intercultural Development’s website.