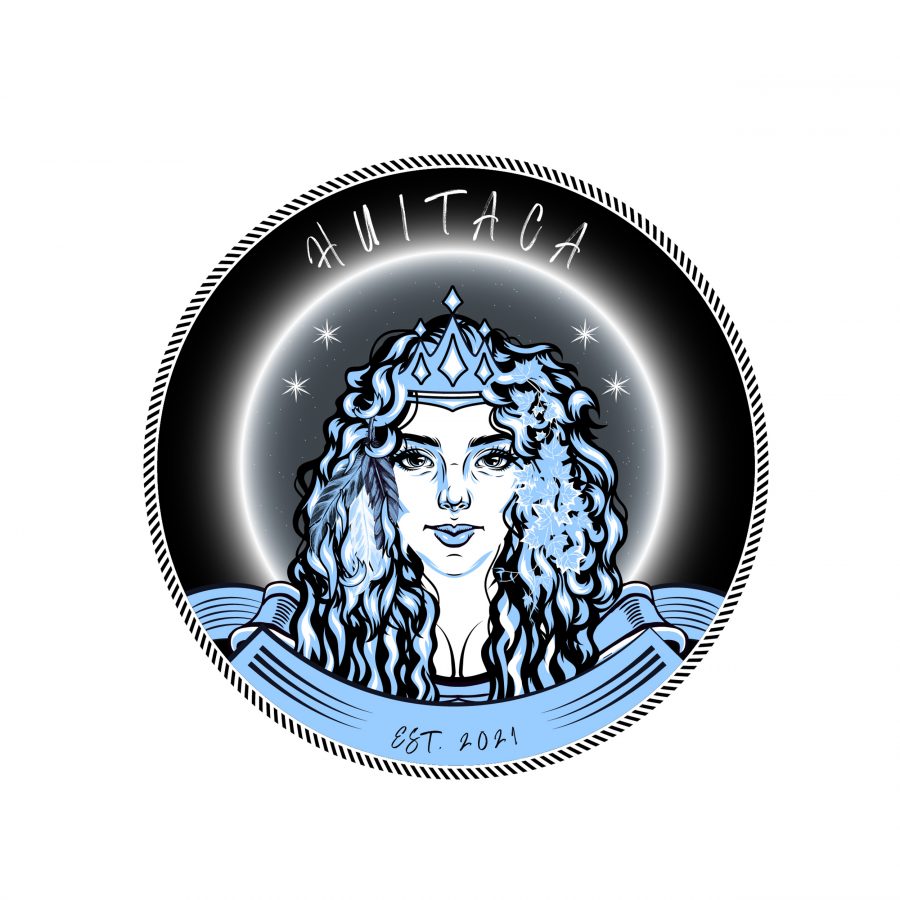 Lafayette's chapter of Mu Sigma Upsilon is named after the goddess of the moon in South American mythology, "Huitaca." (Photo courtesy of Morocco Chauca '22).

The members of Lafayette’s only multicultural sorority and newest Greek organization, Mu Sigma Upsilon (MSU), are ready to expand their presence.

Only after a change in the College’s leadership and a successful petition to abolish the three-week cap did the founding members continue with their attempts to bring Mu Sigma Upsilon to campus, eventually succeeding in the spring of 2021.

Currently, the sorority has three members. Explaining why she chose to join MSU, the sorority’s current Vice President Alina Sosa ‘22 said that “I didn’t see myself represented in other organizations.”

“Our motto is ‘Mujeres Siempre Unidas,’ which translates to ‘women always united.’ Our founding mothers wanted to create an organization where all women were united regardless of any identifying factor,” Sosa said.

According to the sorority’s national website, MSU seeks to cross “societal boundaries of race, religion, culture and class. Our organization’s foundation is based on diversity and our sisters embrace multicultural ideals and interests; we speak to use our sorority as a vehicle to educate the surrounding campus and community on issues of diversity.”

Unlike traditional Greek organizations, MSU chapters may pick a unique chapter name. The women of MSU decided on “Huitaca.”

“We get to pick a chapter name and it can be something that’s significant to you and what you want your chapter to represent. We chose ‘Huitaca’ because she’s the goddess of the moon in South American mythology. She represents immortality and femininity,” Sosa explained.

Currently, MSU does not have a dedicated space on campus. But the organization is not necessarily looking for a traditional sorority house, according to chapter President Emily Morocho Chauca ‘22.

“We are looking for a special space, like an office space so we can keep our things there and also invite others if they want to learn more,” she said.

Despite the absence of a temporary home, Sosa elaborated on the three central goals that Mu Sigma Upsilon strives toward on campus.  “Our first goal is academic excellence. We know we’re students first.”

The second aim is to promote a culture of inclusion, or “unity amongst all women, bringing together everybody regardless of any socially-identifying factor.”

The final objective is to promote service and community engagement.

“We want to be able to be active at Lafayette and do service here and do service in Easton and in the greater Lehigh Valley and also give to our national philanthropy, the NAACP,” Sosa said.

Sosa explained that MSU does not keep a permanent philanthropic commitment to any one national organization.

“We switch our national philanthropy every five years, it typically showcases the interests and passions that MSU sisters have,” she said. “Previously it was To Write Love on Her Arms, which is about suicide prevention and mental health awareness. Now it’s about civil rights and social justice.”

With regard to local philanthropy, Sosa explained that the chapter is still figuring out the specific details of the service it intends to carry out in the Easton area. In any case, Chauca and Sosa hope that MSU will gain a larger presence on campus in the future.

“We want to keep expanding and we want to be able to bring programming to Lafayette that teaches about culture and teaches about things that you might not have a chance to really learn about, especially given that there’s no other culturally-based Greek life,” Sosa said.