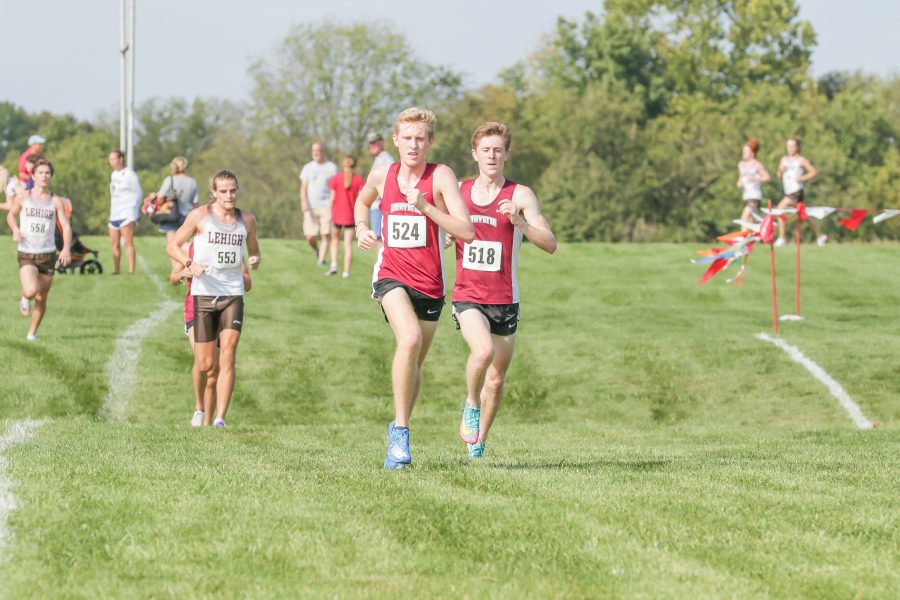 “Considering I haven’t raced on the home course since my freshmen year, it feels great to get back out there,” senior Autumn Sands said. “We’re training harder and harder each week, so I’d say we are getting into a groove.”

Both teams struggled against Lehigh. The men fell to Lehigh 32-23 while the women’s team lost 40-21. Things are looking up for the Leopards as both teams had podium finishers.

For the men’s team, five runners finished in the top 10 as compared to only three in the Bucknell Quad meet. Junior Bobby Oehrlein finished third and senior Austin Barry finished fourth in the 8k in a field of 27 runners. Three additional Leopards placed in the top 10: senior Brian Clayton (7th), freshman Emil Arangala (8th) and senior Thomas Anthony (10th).

“I feel like I’m setting myself up well for the end of the season,” Oehrlein said. “We feel that we’re in a really good spot, even though we didn’t end up getting the result we wanted for this meet.”

“It felt good to make the podium, but this race wasn’t about individual placement as much as how the team overall placed,” Sands said. “I think success in this sport comes most from having a positive mindset and visualizing success before the race even begins.”

“While the goal is always to win the dual meet, the results of today’s races show me that our teams are on track to peak in six weeks for the championship segment of our season,” assistant coach of the track and cross country teams Michael Dupaul said in an interview with goleopards.com. “We will see significant improvements each week.”

“Moving forward the team could improve on trusting the training and using a pack mentality to stay together in races,” Sands said.

The Leopards will run again on Oct. 1 in the Paul Short Invitational as they look to improve on the progress they have made so far this year. In the last two races the women have had at least one person finish on the podium with times continuing to improve.