Fencing ready for the season after first outing at Temple 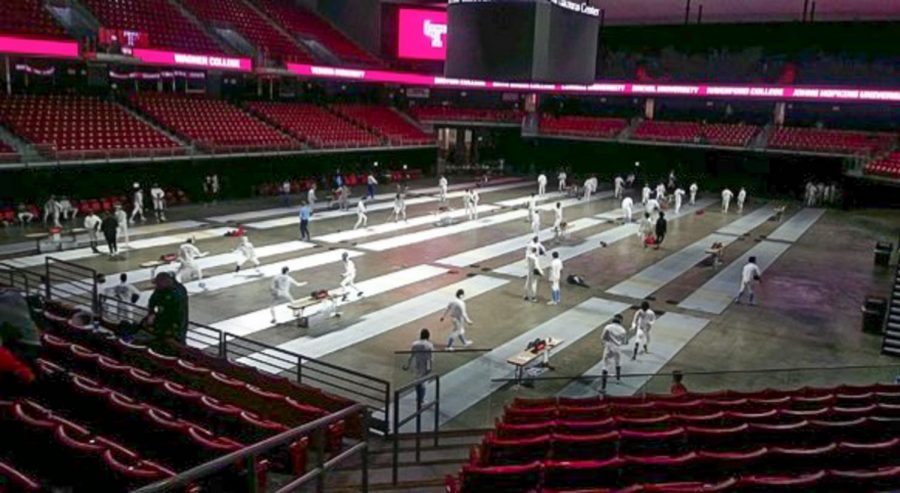 The Lafayette fencing team initiated their season at Temple University, with the match being highlighted by sophomore Amanda Manubag placing 16th in saber. (Photo courtesy of Gregory Rupp)

The Lafayette fencing team faced off against Temple University this past weekend in their first match of the year. The team will compete in seven matches this season, a welcome change after having only three last spring due to the COVID-19 pandemic.

In foil, junior Danielle Long finished in 63rd place with a record of 1-6. Four sports behind her as freshman Anna Silver finishing in 67th place with a 3-5 record in pool play. Junior Abby Schlotterbeck rounded out the foil, finishing tied for 72nd.

“It’s difficult sometimes to get exposed to lots of types of fencing. We’ve learned there are a lot of areas we need to make up in,” Ung said.

In the men’s epee, Antoine Mannes placed 21st with a record of 6-3 in pool competition while senior Sean Fitzgibbon finished 61st with teammate sophomore Riley Anderson falling behind and junior Grahame Ung 74th in epee.

“I think as a team it definitely exposed some of our weaknesses but it displayed our strengths as well,” Ung said. “It highlighted some things we need to work on, but as all season openers go, it’ll be a process to get back into things.”

The Leopards will head to Penn State University next weekend where they will take place in a two-day tournament.

“The Penn State Open will probably be one of the harder events of the year,” Ung said. “It’s a very important event. I’m looking forward to seeing what our team is capable of doing.”