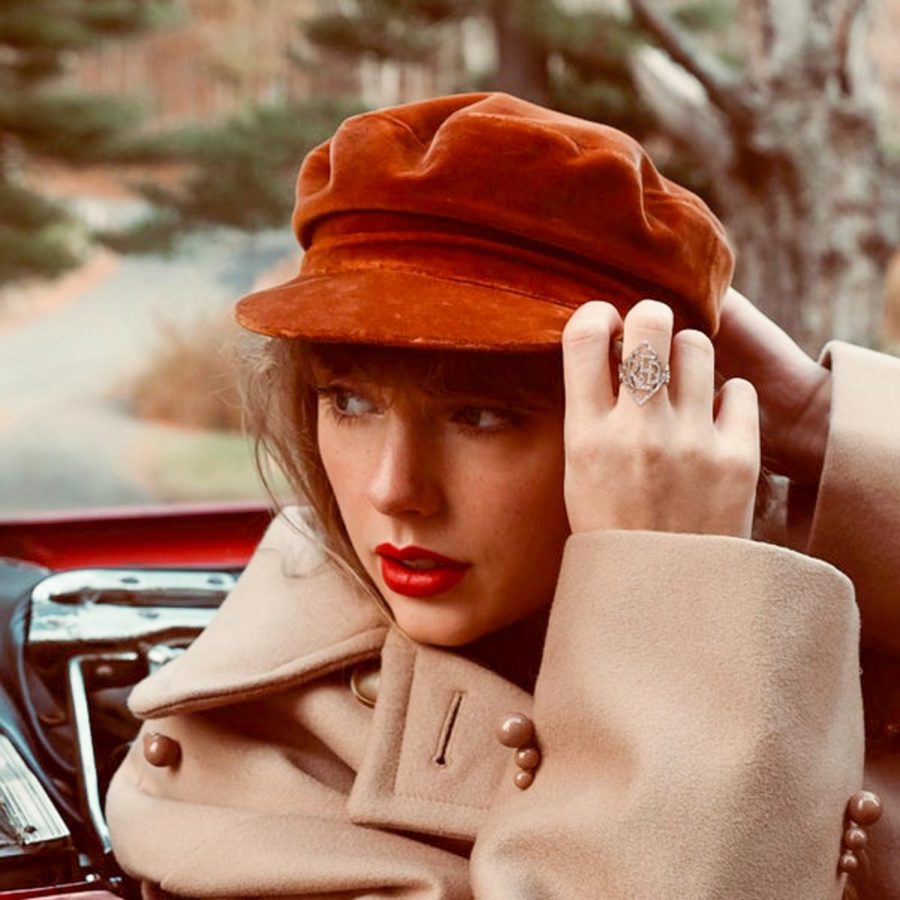 Taylor Swift released the second of six album re-recordings over the weekend. (Photo courtesy of Pitchfork)

On Nov. 12, songs that Taylor Swift fans knew all too well were given new life when she released “Red (Taylor’s Version),” the highly anticipated re-recording of her 2012 “Red” album.

“Red (Taylor’s Version)” is the second out of six re-recordings Swift will release, one for each of her first six studio albums. After Swift was unable to obtain ownership of the rights to the albums following a split with Big Machine Records, she decided to re-record new versions of each of them, this time adding new songs from each of the eras that were not released at the time.

There are two ways to evaluate Swift’s newest release: as its own album, and as a reproduction of the 2012 version.

In terms of the former, the tracklist of “Red (Taylor’s Version)” is masterfully crafted. The opening track, “State of Grace,” beautifully sets the tone for the album with its building percussion and guitar and complex lyrics detailing the emotions of a complicated relationship. The rotation between slow, powerful ballads like “Treacherous,” “All Too Well,” “I Almost Do” and “Sad Beautiful Tragic,” and upbeat pop performances like “We Are Never Ever Getting Back Together,” “Stay Stay Stay,” “22” and “Holy Ground” leaves no space for boredom or the burnout that comes with listening to several energetic songs back to back.

The songs on the new album range from virtually indistinguishable from the original recording to significantly varying in genre. Most songs on the 2021 album are not produced by the same people that Swift worked with on the original album, which likely accounts for some of the differences in sound. The songs that have the same producers as the original, including “Treacherous,” “Holy Ground” and “The Lucky One” are the songs that sound the most similar to their original versions. As someone who loves the original versions of these songs, these are my favorites, because they allow for guilt-free listening of Swift-owned songs that sound nearly identical to the ones of my childhood.

“Girl at Home” is the only song with a purposeful difference on the re-recording. Whereas the original version was largely acoustic, the new version is more upbeat and synthesized, with the addition of percussion behind the vocals and guitar. This seems like a strange choice. If the goal of the re-recordings is for fans to listen to this version instead of the old one, making the new version stylistically different seems to be providing a reason to stream the version that she doesn’t own.

The album closes with 10 “vault tracks” that weren’t released with the original album. The crown jewel of these is “All Too Well (10 Minute Version),” an extended version of the fifth track on the album. Whereas the original “All Too Well” is Swift’s crestfallen message to a past lover, Swift’s 10-minute version soars above the model of the heartbreak ballad, intertwining that sadness with anger and crushing revelations about the nature of her relationship.

There is something special about listening to Swift sing the same lyrics with another decade of new experiences and vocal maturity under her belt. She delivers the words with the same emotion and power, but she knows something that the old Swift doesn’t: all of the heartbreak, turmoil and uncertainty she sings about will lead her to happiness.