On point: Fencing takes five of six at tournament 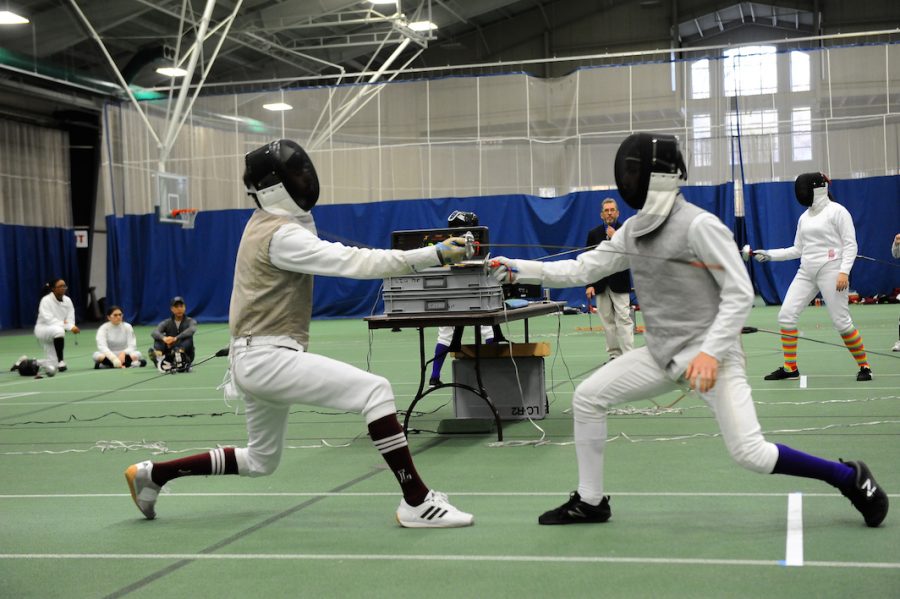 The men’s fencing team won five of their six contests Sunday in a tournament held at Stevens Institute of Technology. With that performance, the team is 7-3 since their return from winter break and is looking to continue their success and qualify for the NCAA Regional Tournament.

A standout performance by Alex Gorloff highlighted the competition. The sophomore went undefeated across all six of his matches. Additionally, sophomore David Shindell and senior David Jennings each finished the day 13-4. Junior Jake Burns, freshman Andrew Mange and junior Brent Staples also finished with winning records on the day.

“Going undefeated obviously felt great, but it felt better to know that the specific drills I have been practicing during the week have paid off and worked in the real game,” Gorloff said.

The tightest finish of the day came and went the way of the Leopards against a strong NJIT team who had gone 14-1 in their last fifteen contests. The Leopards followed that performance with a comfortable 19-8 win against the TCNJ Lions to finish the day with a record of 5-1.

This past weekend was a continuation of recent success for the team. Lafayette now holds a total record of 10-12 on the season, with seven of their wins coming in the last ten contests.

Rottau, a 2010 Lafayette graduate and alumnus of the fencing program, is in his first year at the helm of the team. He specifically pointed to the performances of Shindell, Gorloff and Jennings. The trio has proven their ability to produce in the scorebook for the team. Rottau also credited some of the younger fencers for their ability to step up and perform well for the team.

“I am really proud of everyone on the team for winning 5 out of the 6 matches, only losing to the toughest opponent,” Gorloff said. “I am looking forward to doing just as well in the next four matches to come.”

Lafayette will look to continue their success this weekend at the Philadelphia Invitational, hosted by the University of Pennsylvania.

Although they did not participate in this weekend’s competition, the women’s team has been making strides of their own. The women’s team has nine members, which is the minimum number of fencers necessary for a team. Because of this, much of their attention goes towards maintaining the health of the players.

“We’re trying to keep everybody intact because we barely have enough to compete,” sophomore Haley Mauriello said.

The women will likely participate in about three of the team’s tournaments this season. However, both the men and women can qualify for the NCAA Regional tournament. With the success they have found since the break, qualifying for regionals is the team’s main goal.

“Things are moving in the right direction in terms of people feeling better that all of their hard work is going towards the team goal of trying to qualify for regionals,” Mauriello said.

“I think it’s all starting to come together,” Rottau.

If things do come together, the Leopards could leap onto the big stage on their home turf. In March, the NCAA Regional fencing tournament will come to Easton with Lafayette as its host. This is a unique and exciting opportunity that will bring the region’s top fencers to compete on the Lafayette campus, and hopefully against the Lafayette fencers themselves.