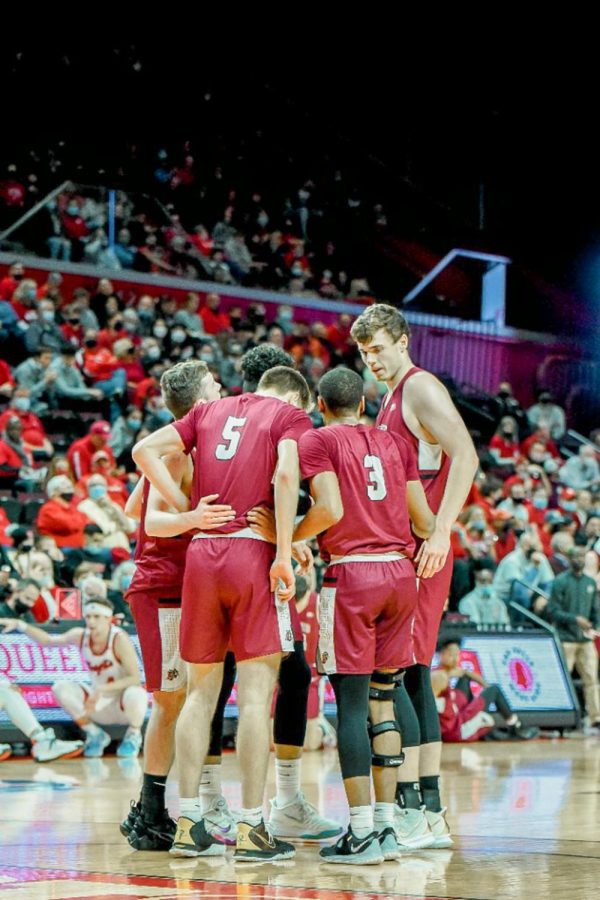 The men’s basketball team dominated the Columbia Lions in New York 73-50 with four players scoring in double digits. Winning their second consecutive road game, the team is now 2-4 on the season.

In last Monday’s battle, Columbia erased Lafayette’s early 12-4 lead, tying the game at 14 with 11 minutes left in the first half. Lafayette then exploded for 18 unanswered points including an and-one from freshman guard Devin Hines and a three-pointer from sophomore guard Eric Sondberg.

Sondberg scored nine points on the day and went 3-of-5 on shooting from three-point range.

The Leopards finished the half leading 42-22; the Lions did not recover and never held a lead.

Senior guard Tyrone Perry led the Leopards in scoring with 14 points, connecting on four of 10 shots from the floor. Junior forward Neal Quinn had a team-high eight rebounds.

Although the Leopards dominated the end of the first half, they came out of the break struggling. Failing to score from the field through the first six minutes of the second, the Lafayette defense showcased its considerable might by keeping Columbia to seven points. Junior forward Leo O’Boyle nailed a three to stop the bleeding, making the score 46-32.

“We had a great night shooting, but we also played really good defense,” O’Boyle said. He scored 11 points and grabbed two rebounds, marking his second-straight game in double digits.

Freshman guard CJ Fulton logged the first double-digit game of his career with 11 points, six boards and three steals, marking the most impressive stat line in his career thus far.

“[Fulton’s] definitely stepped up – he’s taken a big role in our lineup, in our team,” O’Boyle said of his younger teammate, who quickly worked his way into a starting role. “He can facilitate and play point guard and he can pass and score the ball, too. He’s very developed for a freshman, I’d say. He’s helping a lot.”

“It was probably my best game of the year so far. I felt comfortable in all the games, but I was more aggressive from the start,” Fulton said of his fourth start. “In the league back home I was playing against men, so I’m used to going up against older guys. That probably benefits me.”

Lafayette ended the clash of the cats on a 10-4 run to finish the game 73-50 in their first double-digit margin of victory this season.

O’Boyle also highlighted the role of the bench, which combined for 23 of Lafayette’s 73 points in securing the win.

“You got guys coming off the bench scoring, that just lifts the whole team up,” O’Boyle said. “Then you can get your main guys back in and you already got a boost off the bench so you can just hop right back in and keep pushing the lead.”

As Lafayette’s second win, their difficult competition earlier in the season is beginning to pay off. The Leopards began with a tough non-conference schedule, including games with powerhouses like Duke and Syracuse and a victory over Rutgers a few weeks ago.

“We played all these big schools, these hard games, and we lost. But you’re not playing a better team in the country than Duke,” O’Boyle said.

The Leopard’s next game against the New Jersey Institute of Technology will be in the Kirby Sports Center this Sunday at 2:00 p.m.