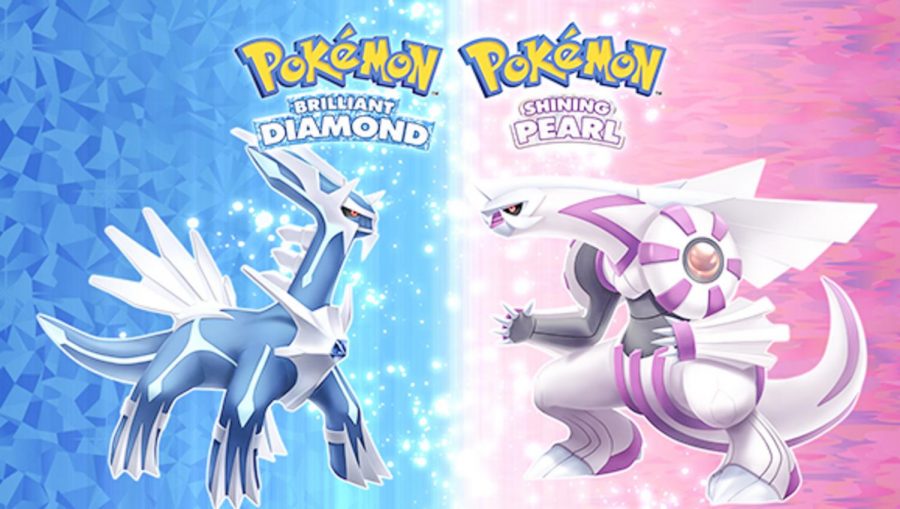 "Pokémon Brilliant Diamond and Shining Pearl" are the 2021 remakes of 2006 role-playing games "Pokémon Diamond and Pearl." (Photo courtesy of Pokémon)

When the Pokémon Company announced on Feb. 26, 2021, that they would be releasing remakes of the 2006 “Pokémon Diamond and Pearl,” fans celebrated the opportunity to catch ’em all in a new version of this beloved game. This announcement did not particularly interest me. In fact, these remakes were the first Pokémon games that I was highly hesitant about purchasing.

The remakes, titled “Pokémon Brilliant Diamond and Shining Pearl,” made their worldwide debut on Nov. 19. Within the first three days of their release, they became the second-highest selling games on release for the Nintendo Switch console.

Needless to say, I caved.

“Pokémon Brilliant Diamond and Shining Pearl” are faithful remakes of the originals. The remakes take a game that was beloved by many and only make them better. The game starts out exactly as it did when I first played the originals back in 2009: the protagonist sits in front of their TV and watches a news report about a wild, shiny-colored Pokémon. As the player progresses through the story, they meet their rival, choose their starter Pokémon, are gifted the Pokédex and set off on their journey to collect all of the gym badges.

Despite generally being faithful to the original games, ILCA, the company in charge of producing of the remakes, took some creative liberties, the most noticeable of them all being the art style. Ever since the release of Pokémon X and Y in 2013, the main series of Pokémon games have all had 3D animation. However, in their attempt to give a similar experience to the originals, ILCA decided to implement an art style where every character looks like a bobblehead.

This art style was the most polarizing decision about the remakes. Many claimed that it felt like a step back from the progress that the Pokémon company had made in recent years. Players reported that they had difficulties walking due to the scaling, as the characters are designed to be cute rather than functional. This “cute-ification” of the characters spared no one, as even the antagonist of the series was affected. The once menacing and brooding Cyrus now looks like a sleep-deprived bobblehead. In their attempts to give fans a similar experience as the originals, the makers made a decision that negatively impacted the player’s overall experience.

However, that is one of the few negative things I can say about the remakes. I was never the biggest fan of the original “Pokémon Diamond and Pearl” games because of many glaring issues, and ILCA finally fixed them. For example, the underground system was expanded to allow players to catch Pokémon that were previously not available in “Pokémon Diamond and Pearl,” allowing players to have much greater diversity in team compositions.

This game also revamped the way that Hidden Machines work, now allowing players to summon a Pokémon whenever they needed a hidden machine move to make progress. In the originals, players needed to have party members know all eight of the hidden machine moves in order to progress throughout the game. In addition, players now have the option to walk with their Pokémon, which was implemented in “Pokémon HeartGold and SoulSilver” and was easily one of the greatest additions to the series.

The cherry on top? An increase in difficulty. Most gym leaders now have items and effort values on their Pokémon. In fact, the champion, Cynthia, has a team that is actually competitively viable.

The “Pokémon Brilliant Diamond and Shining Pearl” remakes take a game that was brilliant and make it even better. However, fixing mistakes that were present in the originals doesn’t make this game inherently worth the $59.99 price tag. For one, these are not memorable remakes. Previous remakes of other Pokémon games, like “Pokémon Omega Ruby and Alpha Sapphire,” expanded upon the existing lore and gave players new mechanics to explore.