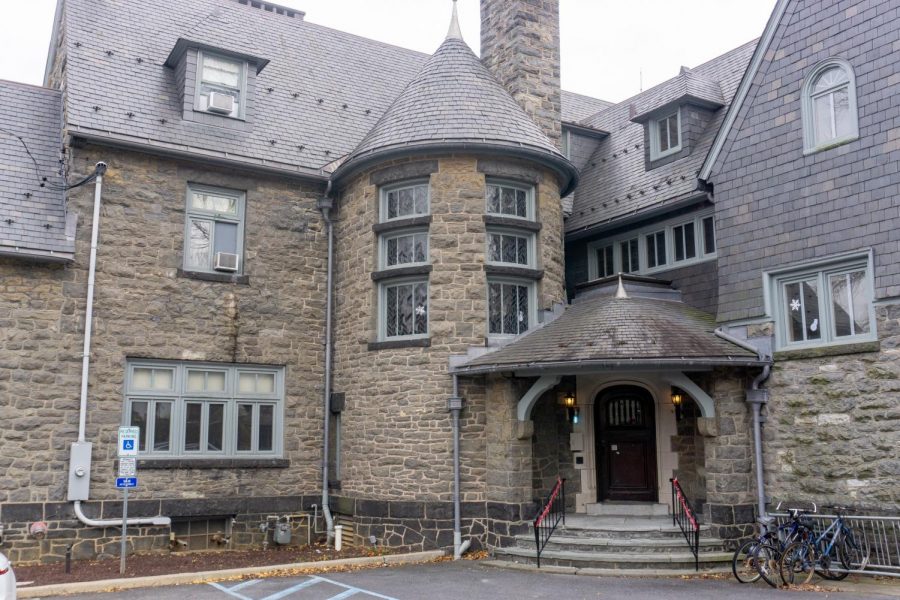 The Office of Residence Life is calling for McKelvy Scholars to fill five vacancies at the McKelvy House, otherwise the office might assign non-scholars to this selective academic community. (Photo by Pierson White '24)

In a petition created this Tuesday, McKelvy Scholars criticized the college’s plan to potentially move non-scholars into the McKelvy House.

The Office of Residence Life requested that five non-scholars move into the McKelvy House to fill vacancies that will be created by scholars who won’t be in the house during the spring semester. Alternatively, it presented the McKelvy Program with the option to find five new scholars for the house themselves, giving them ten days to do so. The McKelvy program rejected both options, according to their Instagram.

Natalie Schmit ’22, the president of the McKelvy Program, said that ten days is too short of a time frame for the members to identify five people who would be suitable for the McKelvy program and the close-knit community at the McKelvy House.

Students who are members of the McKelvy Program, known as McKelvy Scholars, live in an intellectual environment at the McKelvy Mansion a few blocks from campus. A key feature of the program is mandatory discussions on Sunday evening in which scholars debate an issue presented by a member.

Normally, recruitment for the McKelvy House involves nomination from a professor, interviews with members and the staff advisor, as well as mandatory attendance of a discussion.

Schmit said that the potential of moving non-scholars into the house is contrary to the program goals and would compromise the privilege of living in the house. She added that it is unfair to the students who have applied to this selective program in past years.

“The more important thing is that now we’re being told we have to accept people who are maybe not interested in the program, might not even know what it is [or] don’t have time to participate,” Schmit said.

The five vacancies at the McKelvy House will result from three scholars who are studying abroad, one who is graduating early and one who is finding an alternative living option for the spring semester. It is not guaranteed that random non-scholars will be moved to the house by the college to fill these vacancies, as the college has given the McKelvy program the opportunity to choose five people they would like to live with.

“For living groups (academic and social) it is very difficult for us to assign random students to fill the spaces so to avoid that discomfort and disruption within the communities we allow (and expect) student groups to identify options to fill some of the spaces,” Vice President for Campus Life Annette Diorio wrote in an email.

She added that the college has always expected academic and social living groups to try to fill vacancies, emphasizing that this is not a new school policy. Out of fairness to other living groups, Diorio said that the college will not allow the McKelvy House, despite its prestige, to have vacancies while other groups are required to fill their beds.

“McKelvy, like all living groups, is expected to maintain an alternate list to fill vacancies that occur midyear. We are not asking the students at McKelvy to do anything we aren’t asking other living groups,” Diorio wrote.

Schmit says that the college has never asked the McKelvy House to fill every bed during her time as a student, although she is unsure whether this was the case before her time at Lafayette.

According to Schmit, the McKelvy Scholars are weighing their options on how to best address the situation and fill the vacancies.

Other concerns from the McKelvy Scholars include what would happen to the scholars who are studying abroad in the case that they must return to Lafayette. If the students must return from their trip, their spot would not be reserved at the McKelvy House, Schmit said.

The McKelvy Scholars believe that over-enrollment at Lafayette could be a cause for the college’s policy. The class of 2025 included approximately 50 students who deferred their admission from the Class of 2024 as well as about 780 first-year students, according to Vice President for Enrollment Management Greg MacDonald. Moreover, as a result of the coronavirus, there will be comparatively more students on campus in the spring because of less people going abroad, Diorio noted.

However, Diorio rejected the claim of over-enrollment and said that the decision to have the McKelvy House fill the vacancies was made independent of campus conditions this year.

“I understand this [is] what the students contend because they believe this is a new process or new request but as I keep saying, it is not new or related to anything about this year. If we had the typical number of students study abroad as pre-COVID we would have still asked the students to try to fill the vacancies,” Diorio wrote.

As of Thursday morning, the McKelvy Scholars’ petition, which “ask[s] for your support in communicating our discontent with the administrations’ request,” has nearly 200 signatures.