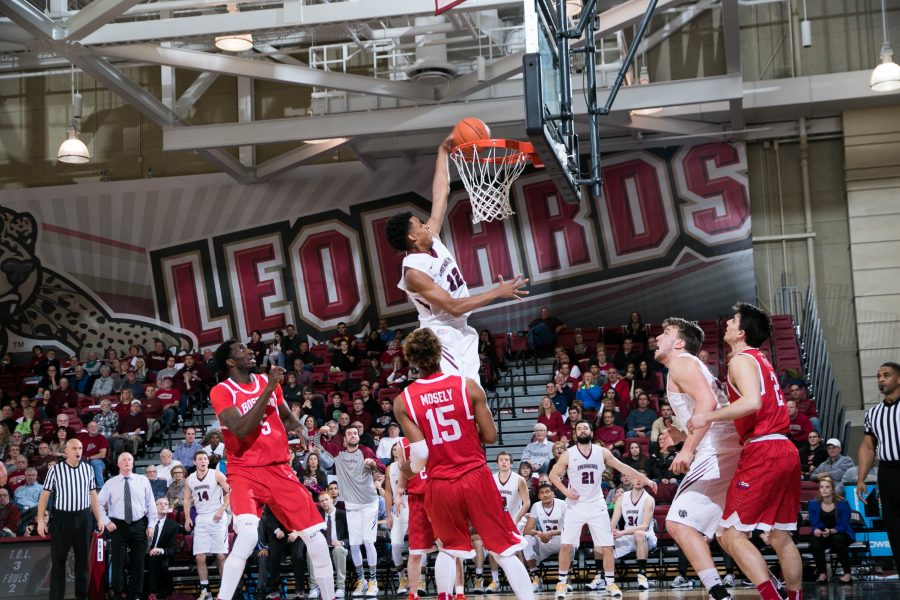 Katelyn Arnold: So you’re nearing the end of your freshman season. Has it been what you

Auston Evans: Yeah, it is. It’s very difficult, very challenging—the speed of the game, the

physicality and thinking on my toes is definitely what I thought it would be. It’s very hard to say

the least. So I’d say it’s what I thought it would be.

KA: But what has it been like already contributing as a freshman?

AE: It’s been great. I’m really looking up to my seniors and following their lead and starting to

play my game in the same way as well. It’s a really good feeling to know that I’m contributing at

a young age early in my career. It really motivates me to want to be better and to strive to be

more of a captivating player in the later years.

KA: Despite a disappointing stretch here towards the end of the season, what has been your

impression of the team and the program?

AE: Definitely resilient. Resilient would be the word that I would use to describe it over anything.

Even though it has been really difficult lately, we have never given up in any game or in any

practice. We stay strong and stay tough throughout all of the hardships. Definitely resiliency and

toughness is what I can really say about our team.

KA: Is there anyone on the team you look up to?

AE: Yes—Nick Lindner [‘17]. Nick Lindner is hands down just one of the best leaders I’ve ever

seen, I’ve ever come across. Just the way he carries himself and the way he imparts knowledge

on not even just basketball, but in life. I’ve roomed with him a lot and I’ve seen how resilient and

tough he is. Our team, being as tough as we are, comes from him. Looking at how he carries

himself and how he plays really helps me to model myself after that.

KA: So what has been your most exciting moment?

AE: Definitely my dunk. The dunk that I had is easily the most exciting moment because my

team was waiting for that to happen and it finally happened and they just went crazy. That was

definitely one of the most exciting moments.

KA: How long have you been playing basketball?

AE: Since I was five or six years old. So basically my whole life.

KA: Have you played any other sports?

AE: I ran track, played football for a year, and did t-ball and soccer when I was little. But nothing

as competitive [as basketball].

KA: How does Pennsylvania compare to your home state of Texas?

colder. It’s way too cold. It took me awhile to get used to it. I found it pretty easy to make it a

home pretty quickly. I got used to the cold. It’s a lot different, but nothing I wasn’t able to handle.

KA: If you played baseball instead of basketball, what would your walk-up song be?

AE: This is going to take a minute…I’m gonna go with Jump Man.

KA: Quote one of your coaches.

AE: “Can I gamble with you through the phone?”

KA: Who was that?

AE: That’s a tough one. I have a lot of favorite movies. Let’s say “Dope.”

KA: Something most people don’t know about you?

AE: I don’t have a lot of secrets. I have four younger sisters and four brothers. But three of my

brothers are actually biologically my cousins, but we grew up together so I consider them

brothers. And I have a half brother.