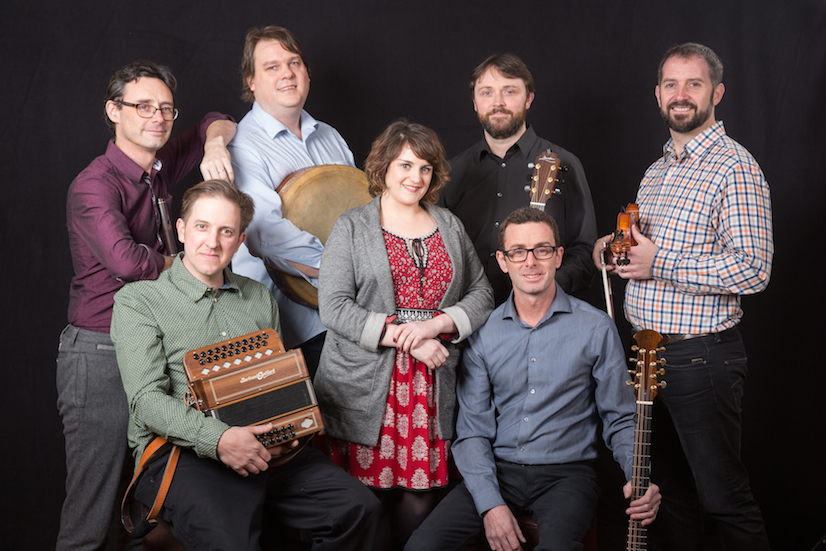 Founded in 1995, the group is named after an old Irish goddess of the land and has been touring, recording, and performing ancient Irish music for over two decades.

Their second album, “Think Before you Think” was awarded “Best Overall Traditional Act” by Dublin based magazine “Irish Music.” Additionally, they are the only band to have won BBC’s “Radio 2 Folk Award for Best Traditional Group” twice.

Its membership hails from the Irish counties of Cork, Waterford, Dublin, Kerry and Donegal. Lead singer Muireann Nic Amhlaoibh (pronounced Murr-en Nick Owl-eve), who also plays flute and whistle with the band, sings in both Irish and English.

The membership of the group is rounded out by flutist Tom Doorley, guitarist Dónal Clancy, fiddlers Oisín McAuley and Éamon Doorley, Donnchadh Gough who plays the Bodhran Irish frame drum and Uilleann pipes, which are Irish bagpipes, and accordionist Benny McCarthy.

To date, the band has released nine albums, including its most recent 2015 release “Buan.”

Danú will be performing at Williams Center for the Arts on Saturday at 8 p.m

Tickets are $23 for general admission, $5 for faculty and staff and free of charge for students.