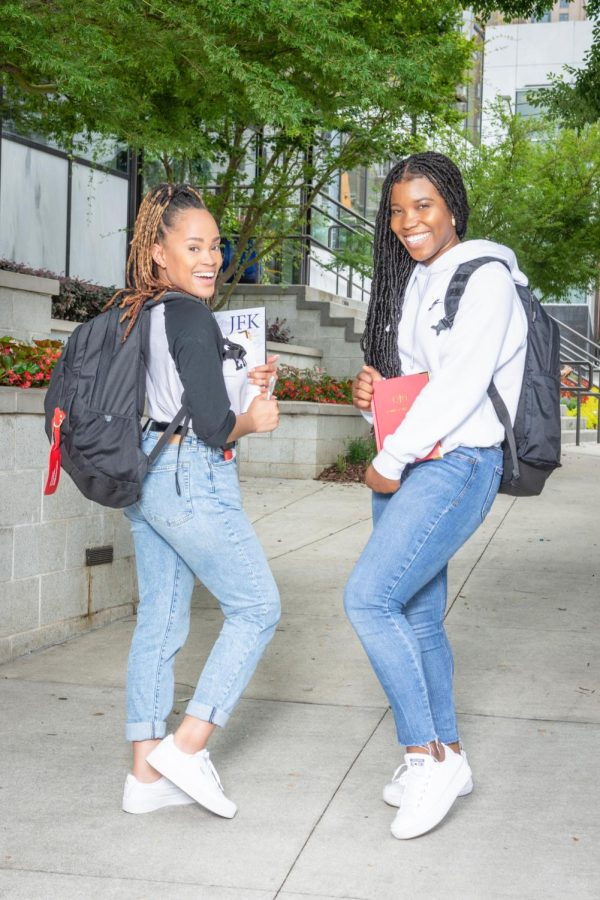 The college bookstore doesn’t just feature sweatshirts, pins and mugs. Now, students can buy the “College Boss Planner,” which was created by Lafayette’s own Shantae Shand ’22.

The “College Boss Planner” serves as a blueprint for being successful both inside and outside of the classroom. The planner is a holistic approach to time management in school, containing a yearly goal spread, course grade tracker, semester checklist, finance and scholarship page, midterm check-in, semester review and daily scheduling.

The planner was created under the company “Young and Thriving,” which Shand, along with her best friend Chelsea Wright who attends Kettering University in Michigan, launched in September 2019. The company is dedicated to helping students, especially first-generation, minority, international and low-income students who are facing physical, academic, social and financial struggles, excel in college life.

Shand developed the idea for the planners under “Young and Thriving” after moving to Lafayette from Jamaica, where she had to learn how to adjust to a new lifestyle. She was struck by aspects such as the culture, food and classes that were all new to her until she read a book that changed everything.

“My grades were mediocre, and I was doing all this studying. Meanwhile, nothing was paying off,” Shand said. “I read this book by Cal Newport called ‘How To Become a Straight-A Student’ that was recommended to me by one of the professors here, and I was like, ‘Woah, let me see if I can add these things and tweak them and apply them to my life.'”

Shand’s change in lifestyle helped boost her grades, but it also taught her a larger lesson of living a holistic life while in college. She emphasized the importance of gaining good study habits that evolve over one’s time at college.

“Being in the library, with coffee next to your laptop and books sprawled out around you hoping the information will diffuse is not studying. There are methods to doing that, but we’re not taught how to study,” Shand said.

To make up for the lack of study skills in a college student’s curriculum, the “College Boss Planner” provides study resources such as digital courses on academic success, physical health, finance and personal goal setting.

Shand first pitched the planner to the Office of Admissions. She then reached out to the Lafayette College bookstore, who was happy to put the planner for sale. The planner made its debut in the  store in January 2022. It is sold in the colors Winning White for $40 and Regal Red for $32.

Shand and Wright intend to grow the company further. Shand explained that, as they prepare to graduate, they want to broaden the impact and reach of “Young and Thriving” by transitioning into a more digital space regarding purchases, courses and curriculum.

“I don’t want to give away too much, but we are thinking of having it be like a brand that grows with us,” Shand said. “We’re about to leave college so maybe there’s a planner that will be for post-grads.”

To purchase a copy of the “College Boss Planner,” check out the “Young and Thriving” website at youngandthriving.com or stop by the Lafayette College bookstore.