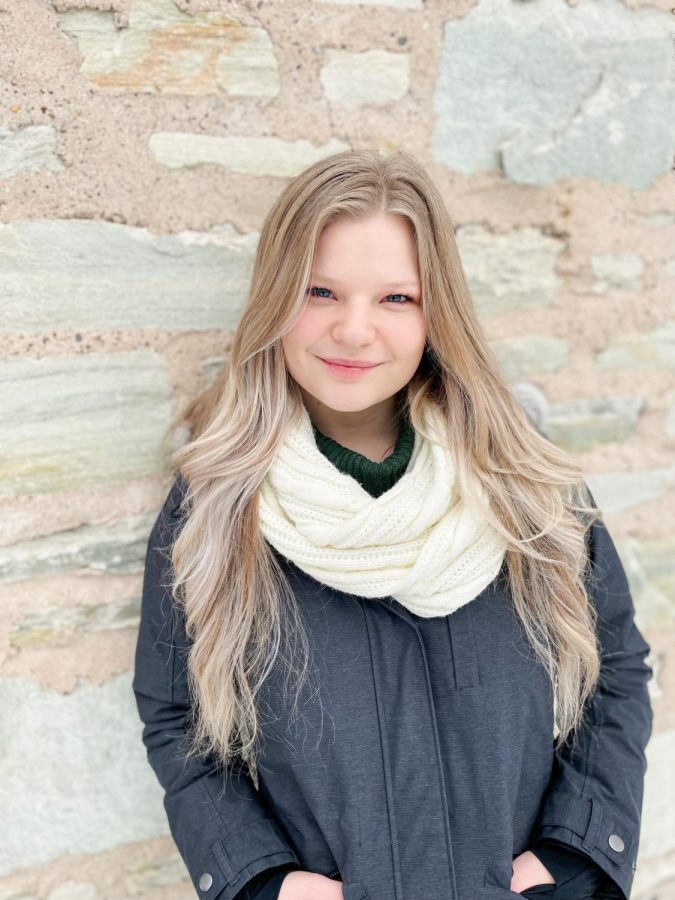 For Laura Bedser ‘23, winner of this year’s Flash Fiction Contest, writing has always been the best form of self-expression.

Bedser recalled first falling in love with reading, and subsequently with writing as a child.

“In third grade, I decided I wanted to be an author, and it has stuck with me since then. I’ve been writing ever since,” she said.

As an English and religious studies double major, Bedser has done her share of writing at Lafayette. Her decision to enter the Flash Fiction Contest came after she uncovered a piece she had written in high school.

From there, Bedser adapted what was originally a single paragraph into a short story. Her piece, titled “Better Left Unsaid,” clocks in at only 441 words, just under the 500 word limit of the contest. “Better Left Unsaid” features a young woman visiting her brother in the hospital after his recent suicide attempt.

“[The narrator] sees through the door into her brother’s room and sees him having a conversation with his girlfriend, and it evokes complex emotions in [her],” Bedser said.

Bedser hopes that the story will strike a chord with those who have felt the complexity of emotions that come along with grief.

“As I was editing, I was thinking about how much grief there currently is in the world, and I think that people respond to grief and those kinds of complex emotions surrounding it in very different ways,” Bedser said.

“Grief is messy, and it’s not easy. Sometimes you’re sad, sometimes you’re angry or hurt,” Bedser continued. “It’s hard to have to deal with all of those feelings, especially in my story in particular, when you’re facing what is causing you grief and you can’t avoid it.”

“I hope that people can take away from the story that it’s okay to feel not just what is expected of you to feel and think,” she said. “However you respond to something is okay, because that’s how you’re feeling and you can’t control that.”

Telling a full story in such a small space comes with its own set of challenges.

“We think of fiction as being immersive,” English Professor Mikael Awake said. “When you’re reading it, everything else goes quiet, and you just live in that world. How do you write a piece that does something similar in just a couple of paragraphs?”

Awake explained the challenge of flash fiction by comparing it to a train ride.

Bedser has a few of her own ideas for overcoming these difficulties.

“When you’re trying to write something short, it needs to be a very blown up piece about something small,” she explained. “So I start with a base emotion–in this case, grief–and zoom in on the individual experience. That’s what I really focus on when I’m writing.”

For Awake, flash fiction relies heavily on the power of suggestion.

“I made sure that everything I said always loops back to that main point, which helps me keep everything close together and make sure I’m writing a succinct story where every word has a meaning and a reason,” Bedser said.

Bedser will be reading her piece along with the writers that earned honorable mentions, Claire Brassil ‘22 and Roman Daniel ‘22, on a Zoom call on Feb. 9 at 4:10 p.m. Short story author Cara Blue Adams, who judged the competition, will present the winners.