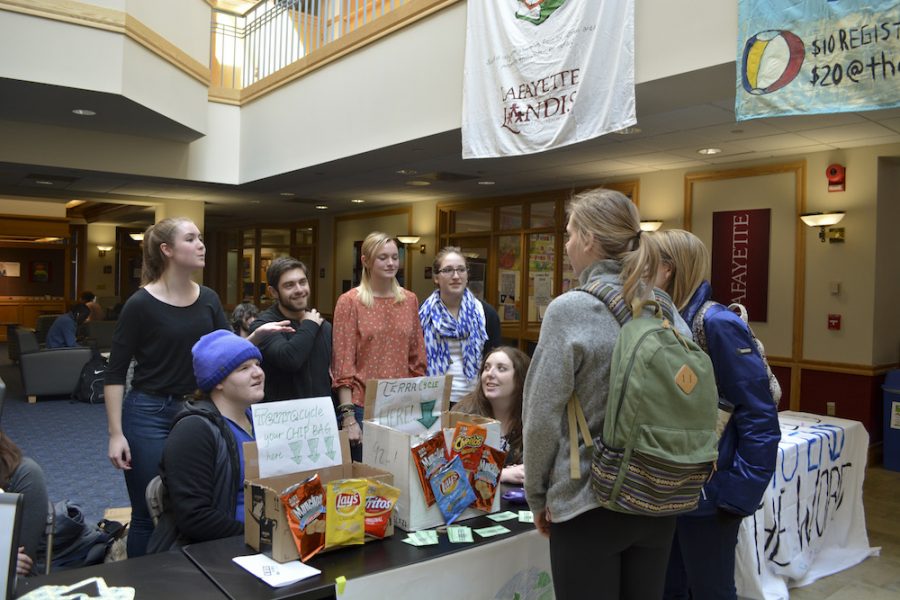 In collaboration with New Jersey based recycling company TerraCycle, Lafayette Environmental and Awareness Protection (LEAP) has introduced “upcycling,” the process of recycling a product into an object of greater value than the original item, to campus.

On Wednesday, LEAP placed recycling bins in Simon’s Cafe, Lower Farinon and Gilbert’s Cafe to collect the empty chip bags, which would normally be thrown in the trash. Once the collection of chip bags reaches a certain weight, the bags will be transported to TerraCycle to be upcycled.

Once at TerraCycle, the chip bags will go on to be turned into backpacks, purses or wallets—saving them from becoming trash in landfills, where they would otherwise sit for years, wrote co-secretary of LEAP Louise Olson ‘19 in an email.

According to co-sustainability coordinator of LEAP Brian Pinke ‘19, who first got the idea of recycling unusual products when he was in high school, Lafayette “doesn’t do a great job of recycling.”

Pinke said the group is planning to expand their recycling initiative beyond just chip bags in the near future.

“On April 1, we’re going to expand to the dorms,” Pinke said. “We’re going to have bathroom-beauty type [recycling programs].”

Things like shampoo bottles, he said, would be able to be recycled.