Movie Review: ‘Belfast’ is a ‘sprawling epic’ about the violence and complexities of oppression 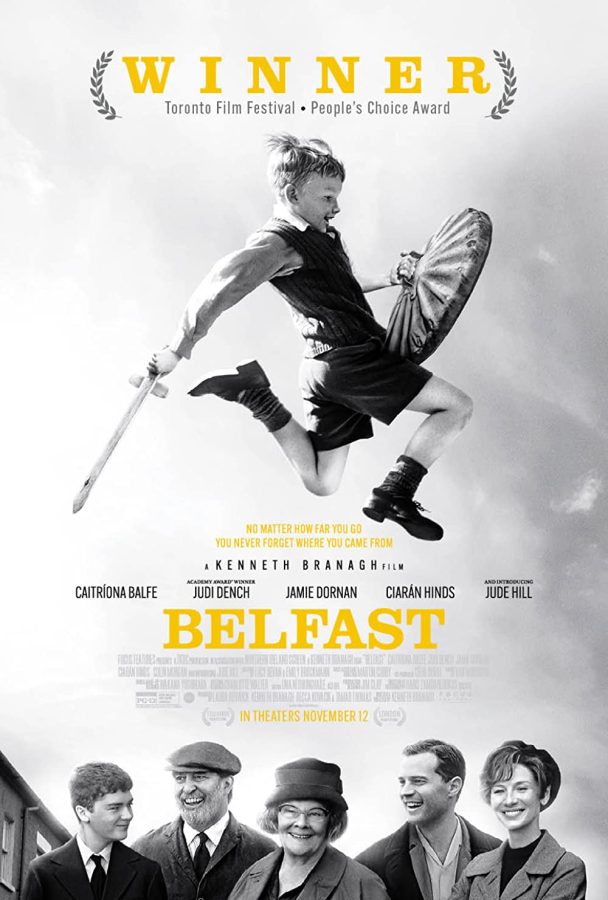 'Belfast' is a semi-autobiographical coming-of-age story that balances commentary on religious conflict with heartfelt moments. (Photo courtesy of IMDb)

Recounting personal stories and remembering history can teach us how to navigate the complexities of religious tensions. “Belfast,” a semi-autobiographical drama about the childhood of director and actor Kenneth Branagh, is a wonderfully crafted film that provides viewers new insight into the domestic conflicts of our time.

This coming-of-age story takes place in the titular Northern Ireland capital of Belfast during its August 1969 riots, where Catholic extremists took part in an unprovoked attack against Protestant neighborhoods. A nine-year-old Buddy (Jude Hill), a.k.a. young Branagh, and his working middle-class family attempt to find peace and unity amidst the violence and turmoil that threaten to strike at any moment.

“Belfast” provides insight into the intersections of race and Christian identity. During a conversation with his cousin Moira (Lara McDonnell), Buddy asks her what he should do when approached by one of the extremists who patrols the town. She tells him, “you say ‘I’m a Protestant…to double bluff them.” The movie’s focus on underlying social codes demonstrates how societal expectations are used to racialize minority groups in societies with residents of similar skin tones. These subtle moments paired with overt scenes depicting violent riots remind audiences of the layered and complex nature of oppression.

One of the film’s most remarkable achievements is 11-year-old Jude Hill’s performance as Buddy. Throughout the course of the film, Hill successfully portrays Buddy’s gradual transformation from a lackadaisical child to a wise and socially conscious schoolboy hardened by generational trauma. In the film’s most impactful moments, I was surprised to see how well Hill was able to play off of acting greats such as Dame Judi Dench and Ciarán Hinds, who portray Granny and Pops respectively. Dench and Hinds also play their parts remarkably well.

A large part of “Belfast” revolves around Buddy’s conversations with mentors about how to form new relationships during times of civil unrest. Early on in the film, Buddy asks his Granny and Pop how to approach a girl in his class. Frustrated, he tells them, “she’s always doin’ her bloody homework. If she was a wee bit more stupid, like me, we’d be sitting together by now.” Later in the film, Granny tells Buddy, “you could do the project together. You and the young lady.” Heartfelt moments such as this one provide positivity and humor that keep the audience engaged and patient through the film’s more serious scenes.

I feel that, particularly for non-Christians like myself, this film is a teachable text that can inform viewers about the intricacies of internal religious conflicts. Only a few unnecessary scenes and a slightly ambiguous third act prevent the film from becoming a true cinematic masterpiece.

In its totality, “Belfast” is a truly unique achievement that transforms history and personal stories into a sprawling epic about interpersonal relationships.