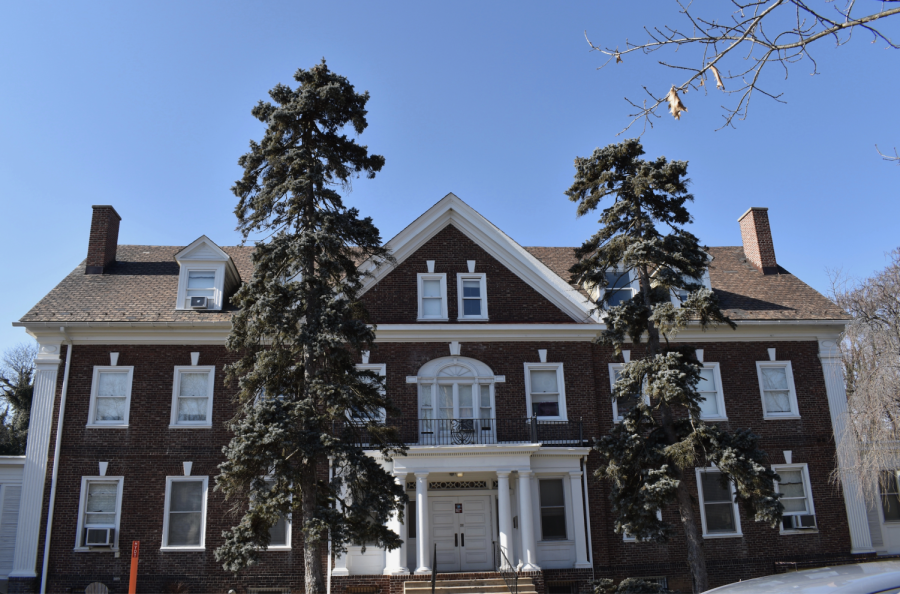 The 2 West Campus Lane residence hall, formerly the house of Tri Delta, will be getting a new name this fall: Lavender Lane. The new special interest housing space will provide a safe living space for 25 LGBTQIA+ students and allies who apply to live there.

The house will have all gender-inclusive restrooms and gender-neutral living spaces, and residents will sign an LGBTQIA+ affirming pledge indicating their commitment to creating a safe and inclusive space. As the house is a living and learning community, residents must also participate in educational programming.

Kayla Massi ‘23 and Meredith McGee ‘23, president and vice president of OUT Lafayette respectively, applied for the house through the OUT organization, but residents do not have to be officially a part of the organization to apply.

“There’s no gender-neutral housing options on campus unless you’re a freshman…[When] they said that they were going to make 2 West special interest housing, we decided to apply,” Massi said.

Massi and McGee explained that while the Gender and Sexuality Resource Center, located in Farinon Student Center, has served as a social space for students since opening in the fall, they hope to continue using the space into an office and resource center while moving the social elements, such as eating and doing homework together, to the house. McGee explained that she is working with Residence Life on granting fob access to students who want to be part of the community but will not be living there.

McGee said that eating and cooking together as a household would help build community, especially since “a lot of queer students don’t have stereotypical family relationships.”

The house’s name comes from the lavender scare, a moral panic in the 1950s where thousands of supposedly queer federal employees were fired because they were suspected of being communist sympathizers. Lavender then became a symbol of LGBTQ resistance. McGee, a history major, said she chose the name because it would create discussion when getting to explain the history.

The house already has 28 applications according to McGee, but they are still accepting applications.

Grace Reynolds, director of residence life, explained that the house is expected to manage its own recruiting and set member expectations for participation. As house president, McGee will oversee these expectations.

While Massi and McGee are proud of the space they have created for next year, they still feel that the work to make the campus a safe space for queer students does not end there.

“There’s just some very institutionalized issues within the structure of how the school is which makes it difficult to create said community,” Massi said.

“The house is a great first step, but I don’t want it to end there,” McGee said. She said that just because the house exists, she doesn’t want the college to stop making more residence hall bathrooms gender-neutral or making more changes.

“So we’re happy to have it, but we still want to push for more change…but our first thing in the house is making members feel safe and welcome,” McGee said.

Massi added that the house will be advertised to prospective students, which could be a selling point for students wondering whether or not they will be accepted at Lafayette.

Applications for the house can be submitted on Lavender Lane’s website.