Men’s basketball wins a thriller at home in overtime, beaten by Navy 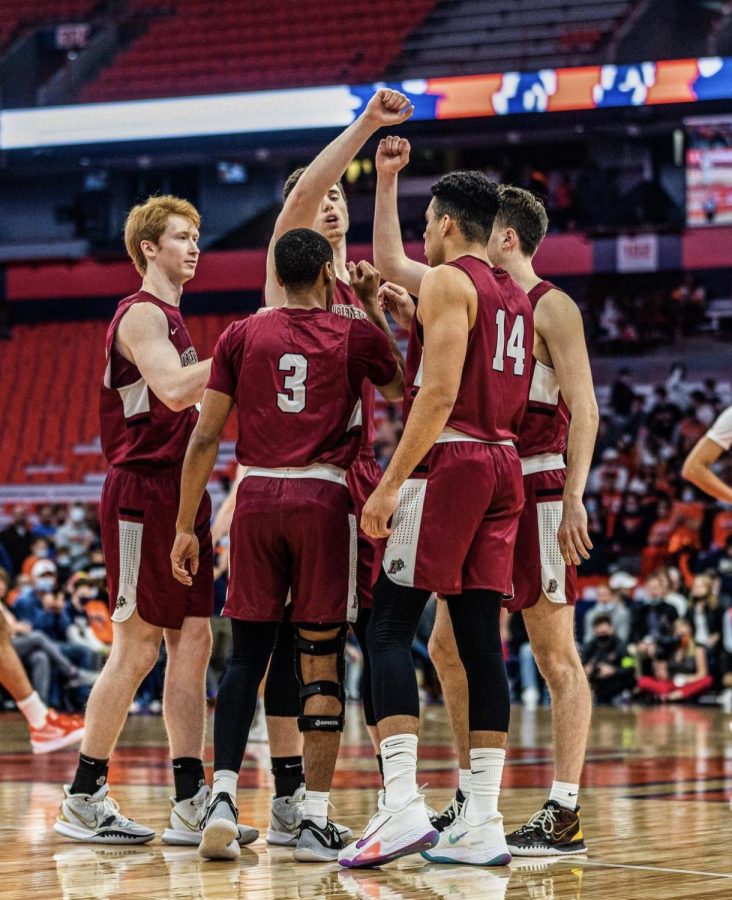 The Lafayette men’s basketball team (7-15 overall, 4-7 Patriot League) gained its second straight win last Saturday with a hard-fought comeback victory over Bucknell in overtime (74-72). Then on Monday, the Leopards fought hard in the first half against Navy but ultimately fell to the heavily favored Midshipmen 68-44.

Heading into Saturday’s game, Lafayette looked to build upon the momentum they gained from their win against American last week (71-62). Lafayette controlled the game in the first half, dominating turnover margin and outshooting the Bison at the stripe, and entered halftime up 35-32.

Bucknell came storming out of the break, outscoring Lafayette 17-7 in the opening minutes. During their run, Bucknell was getting their shots to fall with ease, especially from three. Lafayette struggled from beyond the arc, starting the game 3-for-24 and continuing to struggle throughout the second half.

Lafayette fell behind 51-42 with 10:35 left in regulation, but a key corner three-pointer from sophomore guard Jon Brantley brought the game to within six. On the ensuing inbounds pass, freshman guard CJ Fulton stole the ball back and put in an easy layup to decrease the lead to four (51-47).

“I’d say Jon Brantley’s three in the corner [was the turning point of the game]. We may have been down nine, and that got us to six. Then we got a steal on the next play. His three sort of got us going again,” Fulton said. “We hadn’t scored in a while and that sort of gave us a new kind of energy going forward.”

After trading baskets, Lafayette took a 66-64 lead following another Brantley three-pointer from the corner with just 50 seconds left in regulation. Lafayette was ultimately unable to hold onto that lead due to an untimely foul by Brantley at the end of regulation, which gave Bucknell the opportunity to go to the foul line and send the game into overtime.

In overtime, Fulton and junior forward Neal Quinn took the game over and secured the win for Lafayette. Fulton scored four points in less than a minute.

The decisive play came when Fulton scoured the court and found Quinn under the basket with only two seconds left. Quinn took a single dribble and put up the game-winning shot.

Fulton said that being trusted with the ball late into the game was a great feeling.

“Me and the other guys sort of got to know each other’s games well over the last four or five months from practice and non-conference games, so I know what they like to do and they know my game. It was a real team effort to get the win,” Fulton said.

Lafayette was looking to get a better start on Monday than the one they had in their previous home game against Navy. On Jan. 10, they started the game down 19 to five and could not recover, losing 69-55.

On the road in Annapolis, Lafayette kept pace with the Midshipmen in the first half and entered halftime tied at 30. The Leopards could not be denied from the field, making over 50 percent of their shots. Junior forward Leo O’Boyle led the way for the Leopards in the first half, scoring eight of his nine points.

Lafayette could not keep up their point barrage, being held to just 14 points in the second half, their lowest all season. The Midshipmen controlled the game and ultimately won 68-44. Navy dominated the glass throughout the entire game, grabbing almost double the number of rebounds as the Leopards.

“We didn’t get the looks that we normally get, and they shut us down defensively,” Fulton said. “I think we have to do a better job moving the ball and making quick decisions. I think we had 15 turnovers, which is too much for us, so that’s probably our focus going into the Lehigh game.”

The Leopards will face the rival Mountain Hawks tomorrow at 12 p.m. in Bethlehem.