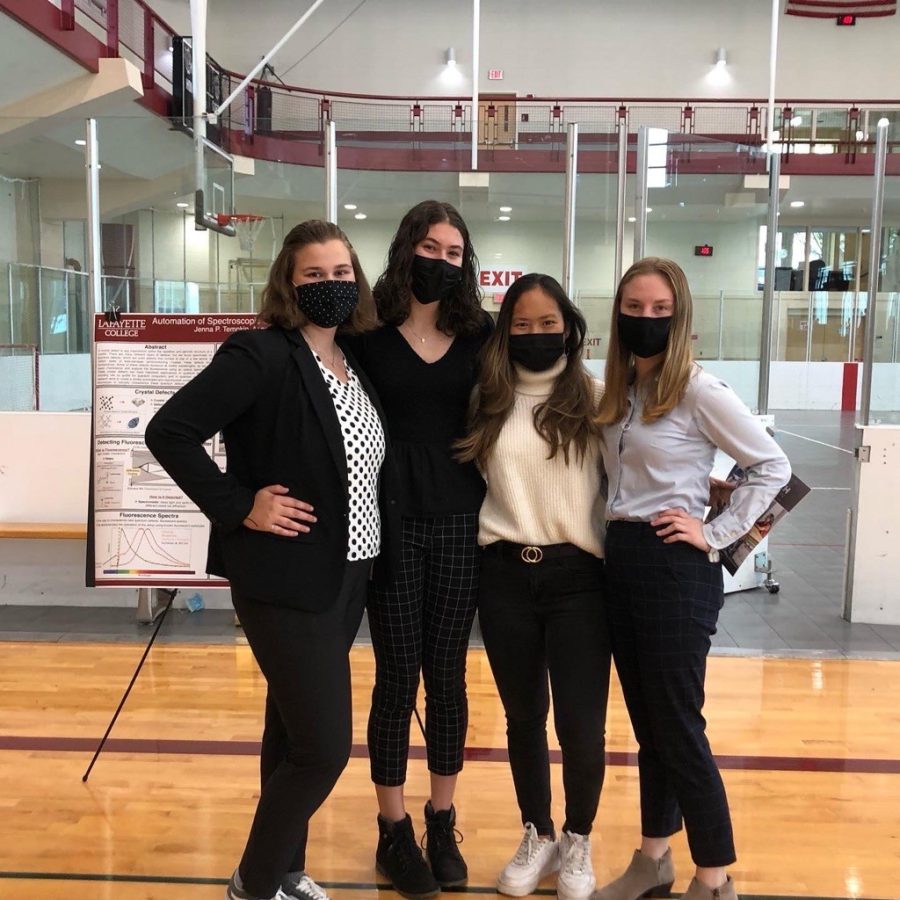 Women are increasingly underrepresented in physics education programs. At Lafayette College, there are currently no female physics majors in the class of 2023. Women+ in Physics hopes to combat this disparity.

“Part of the reason I think these spaces are important is to encourage women to continue on a track with their academics and not get dissuaded. Because statistically, it seems more likely that women will get dissuaded from pursuing a major in something like physics,” Jessica McDivitt ‘24, the club’s president, said.

“I think a big, stereotypical thing a lot of people think about, that isn’t necessarily just in physics but in science in general, is the idea of only men being the smartest. The people who did all the really cool discoveries [are] all male, and they got all the credit,” Jenna Tempkin ’24, the club’s vice president, said. “Creating a space where we can work on changing that is really important.”

The club’s goal is to promote inclusion and comfortability for minority groups pursuing physics.

“I think what is really valuable in any field is bringing different perspectives and ideas,” Physics Professor Annemarie Exarhos said. Exarhos serves as the club’s advisor and mentor.

“You have to be willing to communicate and talk about the fact that, ‘I feel weird because I’m the only one wearing a dress in the room,’ right? Or, ‘Please don’t look at me weird because I’m wearing high heels. My ideas still matter,’” Exarhos said.

Club events are geared toward creating a safe space for underrepresented groups, opening a dialogue about the struggles these groups face and providing research opportunities to members.

While the Women+ in Physics club was founded in the fall of 2019, the Covid pandemic prevented the group from growing. By the time the semester began in August 2021, the club was in need of a revamp. The club introduced an entirely new board consisting of McDivitt, Tempkin, Sophia Kosednar ’24 and Anna Paulsen ’24.

“A lot of the senior female physics majors who were running the board before wanted to hand over the reins to people who would be able to expand the club for a few years,” McDivitt said.

“It is organized by this really big society of physicists to promote women in physics groups at colleges and universities,” Exarhos said. “The idea is, ‘Hey, we’ll give you some money for activities and you take this and help raise awareness. Help normalize women and underrepresented groups in physics and do something exciting with this.'”

First on the agenda for the group is buying equipment to be used in demonstrations at local schools and the Easton Farmers’ Market.

“I’ve been at the farmers’ market quite a few times, and a lot of times, there are a lot of bored-looking kids that are kind of forced to go with their parents,” McDivitt said.

The demonstrations are meant to get children, specifically girls, interested in physics. Potential experiments include elephant toothpaste, Oobleck slime and diffraction glasses.

Additionally, the club intends to invite a female scientist to talk to the club next year. They will be giving the speaker a special honorarium in acknowledgment of her work and struggles.

“Women and underrepresented minorities typically get asked to do a lot that’s not acknowledged monetarily or rewarded in any way. So [the board] wanted to actually say, ‘Hey, we realize you’re going above and beyond. You’re representing a group of people and we want to give you some money to acknowledge that you are taking time out of your life to do that,’” Exarhos said.

While most Women+ in Physics members identify as female or nonbinary, the club is not only open to these groups.

“It’s important that everybody recognizes it’s not just me against you. It’s all of us together,” Exarhos said. “What this club does is it helps put a face to the fact that there are diverse groups in physics, and that we have students that are passionate about keeping these groups diverse and making diversity and inclusion a big part of it.”

Future club events include a TED Talk viewing and discussion on intersectionality and inclusion in STEM fields on Feb. 22, a “Hidden Figures” movie night and a Women’s History Month event in March. More information can be found on the club’s Instagram page, @lafayette_wip.