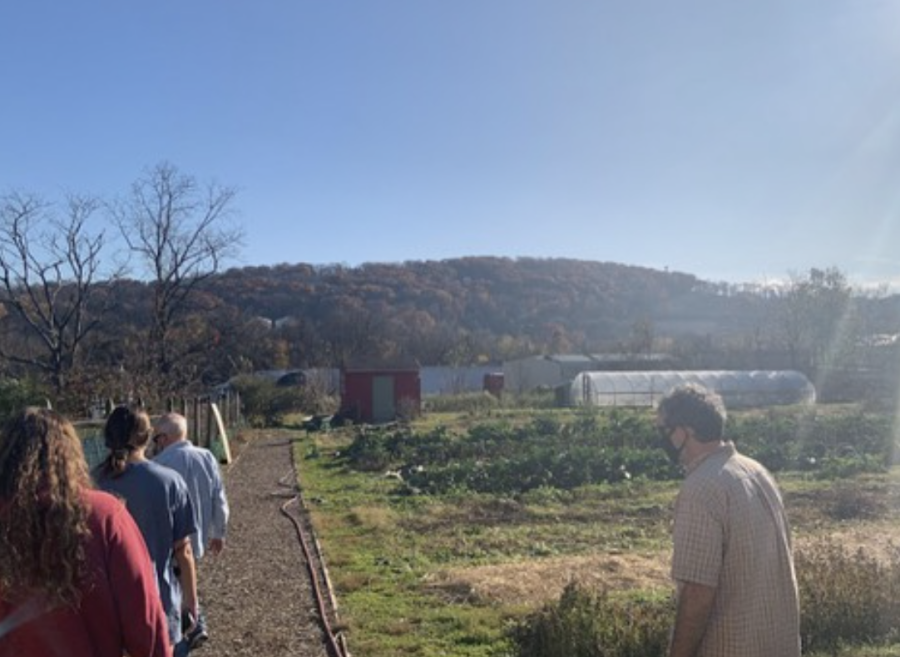 Engineers Without Borders has built benches with Easton Urban Farm and plans to bring the project to other Easton organizations. (Photo from @lafayette.ewb Instagram)

Engineers Without Borders (EWB) is a nationwide organization that promotes global well-being through engineering projects that empower communities. Lafayette’s chapter has spent the past four years growing their membership of only one since 2018.

According to the former president and current Outreach Chair Michael Aronson ’23, community-oriented projects are the lifeblood of the program. Rather than doing international service work, the main focus for Lafayette EWB is on the local community.

“We do not do any international service work at all, which…tends to be forced upon wherever you’re going,” Aronson said.

The club plans and builds many of the projects on their own. Past projects include building benches with Easton Urban Farm, constructing carts to aid in the rehabilitation of injured dogs and curating a new design for a bridge off the Karl Stirner Arts Trail.

This semester, the club has many projects in the works. The Easton Skatepark Team, led by Pierson White ’24, plans to collaborate with the newly created Skate Club to survey parks in Easton and implement small features that can be skated on. Additionally, Vice President Charlie Foster ’24 is leading the Community Bike Sharing System to make a proposal to create a campus bike-sharing system that works fluidly with the city of Easton.

Due to the positive reception to their bench project at Easton Urban Farm according to Aronson, EWB is currently working on a “Big Bench Bill” to bring the project to three other Easton organizations. They already have the schematics, so now the group is waiting until the weather improves. Once it gets warmer, Aronson said, they’ll host the big build outside.

Aronson expressed gratitude for the many advisors that make the time to attend the club’s weekly meetings despite their busy schedules. Civil and Environmental Engineering Professor Arthur Kney, Mechanical Engineering Professor Tobias Rossmann, alum Sandy Snead and Landis Center Director Chelsea Morrese have all been resources that helped progress the club to where it is today.

While the club is made up of almost exclusively engineering majors, EWB welcomes people of all interests to join.

“There’s a bunch of aspects of our club that would benefit from having other people—other majors—involved in it,” Aronson said. “There’s definitely room for economics majors if they’re looking at budgeting and fundraising.”

To keep updated with the club’s many projects, EWB can be found on Instagram at @lafayette.ewb.