Football welcomes 16 new recruits for the class of 2026 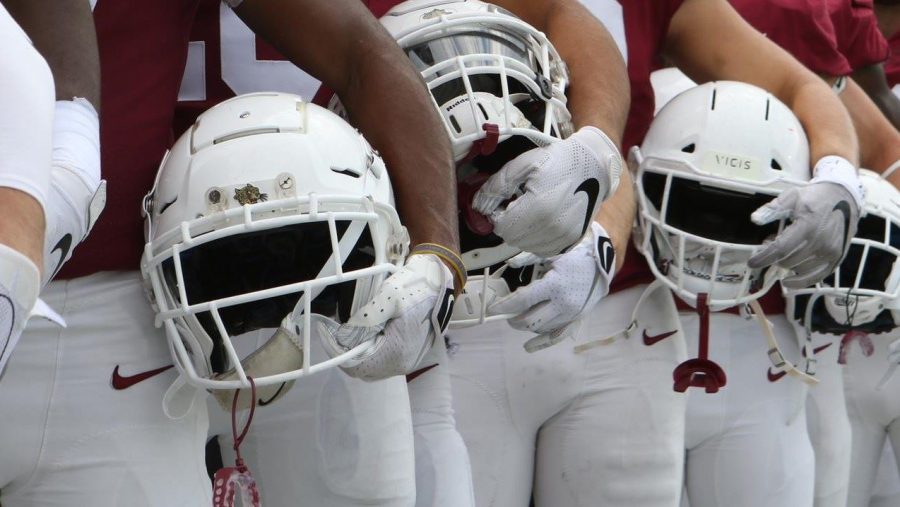 On national signing day, the Lafayette College football team added 16 promising recruits to their roster for the class of 2026. (Photo courtesy of GoLeopards)

The football team has officially committed 16 student-athletes after National Signing Day on Feb. 2. The team secured six new recruits to go along with the 10 who signed during the early signing period back in December. The recruiting class can still grow within the coming days. This class of 2026 is Lafayette’s 10th scholarship recruiting class for the Patriot League.

The six new recruits of this signing period are the first of Head Coach John Troxell’s regime, who took over for former head coach John Garrett at the end of 2021.

“I chose Lafayette because it is an amazing school, and the football program is being built up and I want to be a part of that,” committed defensive back Byron Johnson said. “Also, the coaches talked to me and it sounds like they really have a plan for me. That’s a school which can set you up outside of football. It’s a great academic school all around with an amazing coaching staff.”

Johnson is from Bryan, Texas where he was a two-time all-district selection at College Station High School. He totaled 95 tackles as a senior with nine pass breakups, an interception, a forced fumble and a fumble recovery.

“The people at Lafayette were really the selling point,” incoming defensive back Taylor Smallwood said. “Along with the vision that the new coaching staff has for the program.”

Smallwood hails from Suwanee, Georgia where he played two seasons of varsity football. He had offers from every Patriot League school and four Ivy League institutions.

“I was really looking for a college that can just set me up for my future,” Smallwood said. “The decision I made to attend Lafayette was a four-year decision.”

This commitment to education is one that entices many athletes to choose Lafayette over other schools thanks to its blocked 4-7 scheduling for all students and its STEM-dedicated liberal arts education. Other athletes were also swayed by the new staff’s dedication to a fundamental change of the culture on College Hill.

“I like what the new staff is trying to build and the education is phenomenal,” incoming running back Jamar Curtis said. “I was looking for someone who is interested in me and who can make me better – a better person, football player, and student.”

Curtis is from Waldorf, Maryland and is coming to Lafayette with an impressive high school resume. Curtis was extremely versatile in high school, playing running back, slot receiver and kick and punt returner. He was named All-State First Team at the AA level and earned All-Met and All-WCAC First-Team honors as a senior, also taking home a WCAC Offensive Player of the Year. He was selected as the DC Player of the Year by Maxpreps and the DC Touchdown Club.

While each of these recruits had illustrious high school careers, each one is coming to Lafayette with high personal expectations.

“I want to win offensive player of the year or rookie of the year,” Curtis said.

“My goal as a player once I get there is to make an impact immediately,” Johnson said. “To come in and work to help the team so we can get that stadium sold out. Just ready to get to work.”

With the recruits locked in for Lafayette’s bicentennial class, the first season under Troxell begins its first dead period of the yearly cycle.

The Lafayette football program will begin its spring season on March 29 and finish with a game on April 30 at Fisher Stadium.