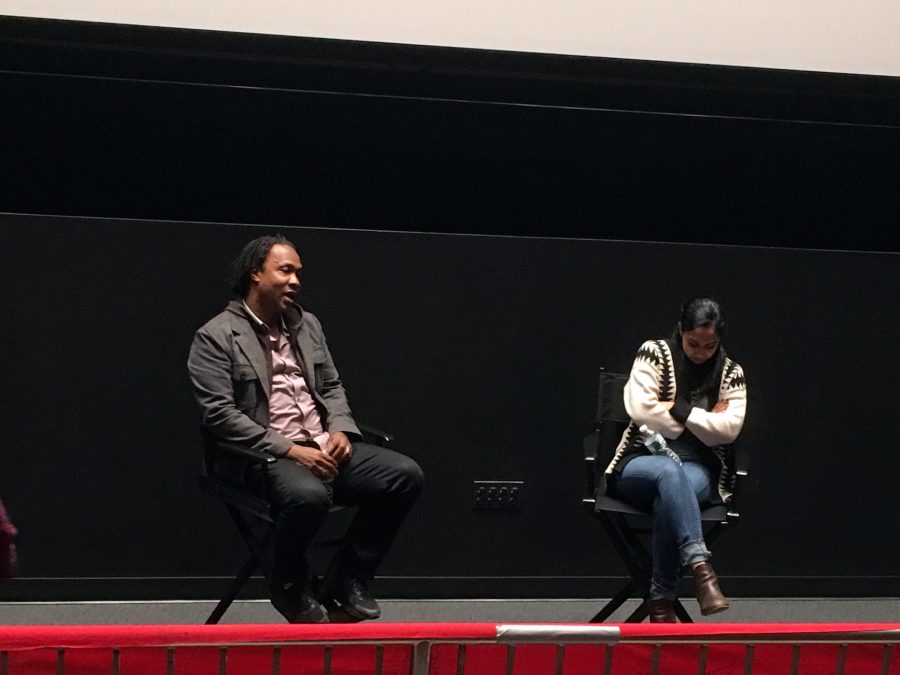 The Williams Arts Campus came to life earlier this week, as a master storyteller shared his art with the Lafayette community.

The film is a feature length documentary that tells the story of Owen Suskind, son of Pulitzer Prize-winning journalist Ron Suskind. Owen is autistic, and for years was unable to speak to any other person. However, he consumed hours and hours of Disney animated movies and through the characters and songs that he encountered in them, he developed a way of understanding and communicating with the world. His family was able to interact with him by assuming the guises of these Disney characters, and using the films he loved to interact with the child they loved.

It was a very emotional film to make, according to Williams. “In the process of making a documentary, you have to kind of become part of the family,” Williams said. “I got to know [the Suskinds] very well, and I feel like they’re my family.”

Williams is a former Easton native, and retains an interest in the progress of the community.

“I grew up here, and I am astounded by the transformation of Easton,” he said, “I cannot even recognize the town.”

“I’m so excited to be the first filmmaker to screen here [in the new Landis Cinema],” said Williams, who also has an honorary degree from Lafayette College.

Williams is perhaps best known for his short film “Music by Prudence,” a HBO film about singer/songwriter Prudence Mabhena, a severely disabled singer who battled against discrimination against her disability in Zimbabwe. The film garnered many awards, including the Academy Award for Best Documentary (short subject), and made Williams the first African-American to win the award.

“I was humbled by the power of film, the power of documentary, to affect and transform people,” Williams said, regarding his passion for the medium.

In 2014 he directed “God Loves Uganda,” an award-winning documentary that explores the relationship between the US and Uganda, and how American fundamentalist influence affected the passage of the country’s harsh anti-homosexual laws.

Williams sees his latest film as a part of a wider cultural conversation on the nature and public perception of autism and people on the autism spectrum.

“People are changing from wanting to ‘cure’ autism to respecting and appreciating people with autism, and so there’s a shift going on, and I think this film is about contributing to that,” he said.

The film was screened at Sundance, where it won Williams the Sundance Directing Award: U.S. Documentary, and will be released in US theaters later in 2016.