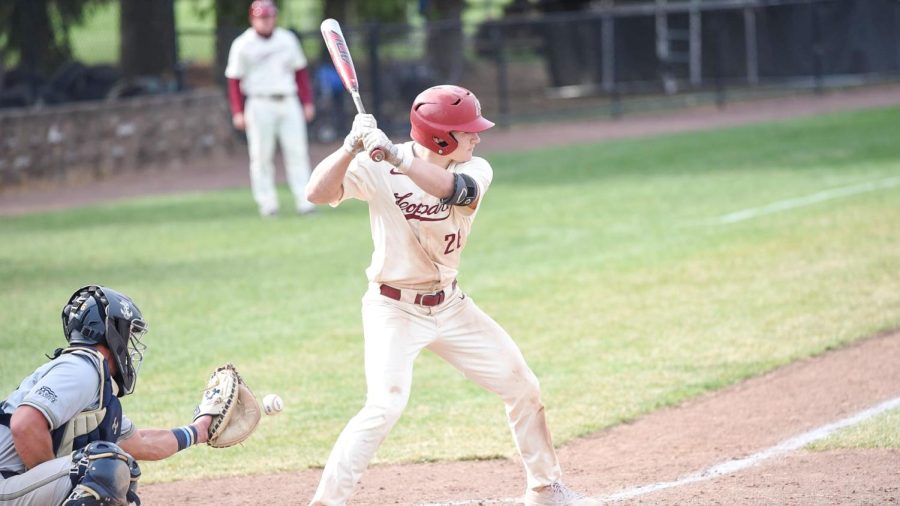 Sophomore infielder Blaze Fadio (pictured) expressed that he is grateful to be one of the players to receive 2022 Patriot League Baseball Preseason awards. (Photo courtesy of GoLeopards)

Lafayette was the second-most represented school on the All-League Team, which consisted of 15 athletes. Army West Point – who won the Patriot League Championships last year – had the most players represented with five on the team.

In his rookie season, Fadio started in a total of 16 games for the Leopards. Playing at either second base or designated hitter, he led the team with six home runs. The New Jersey native finished the season with 15 runs, 16 runs batted in (RBI), 31 total bases and 11 hits, two of which were doubles. He logged a .224 batting average and a .633 slugging percentage.

“I’m definitely grateful for the award, and I think I deserved it for making an impact late in last year’s season heading into playoffs,” Fadio said. “So far, preseason has been successful as we’re competing day in and day out. The group looks special, and I think everyone is on the same page in believing that anything less than a Patriot League Championship at the end of the season would be a letdown.”

Last year, Ciuffreda started in every game for the Leopards and earned a spot as an outfielder on the All-Patriot League Second-Team. He notched 23 runs and two home runs in his sophomore season, while also logging 28 RBIs and 46 total bases. He had 31 hits, nine of which were doubles. Ciuffreda recorded a .304 batting average and a .451 slugging percentage, stealing 12 bases in the process.

As a junior, Johnson started in all but four games for the Leopards, playing at shortstop. He logged 28 hits, including seven doubles, one triple, and one home run. He had 21 runs, 13 RBIs, and 40 total bases. He also stole 14 bases, and finished the 2021 campaign with a .275 batting average and a .392 slugging percentage. This is the third consecutive year in which Johnson has been named to the All-League Team, and he landed a spot on the Patriot League First Team at the culmination of the 2021 season.

“No one quite deserves the awards like [Johnson] and [Ciuffreda] do,” Fadio said. “Even besides their talent and play, they’re great leaders and teammates who are crucial to our team.”

Lafayette is projected third in the 2022 Patriot League Baseball Preseason Poll, tied with Lehigh at 32 points and positioned behind Army West Point and Navy. The Leopards received two first-place votes.

“The goal is to definitely place higher, and there’s no doubt we’re more than capable,” Fadio said regarding the preseason poll. “We’re not too concerned with the current rankings as they don’t hold much with weight, we’re just ready to get going.”

League head coaches and sports information directors voted for the Preseason Poll, All-League Team and major awards. Neither group was permitted to vote for their team or their student-athletes.

The Leopards travel down to Winston-Salem, N.C. to face Wake Forest in the first game of the 2022 campaign, which is scheduled for 6 p.m. today.