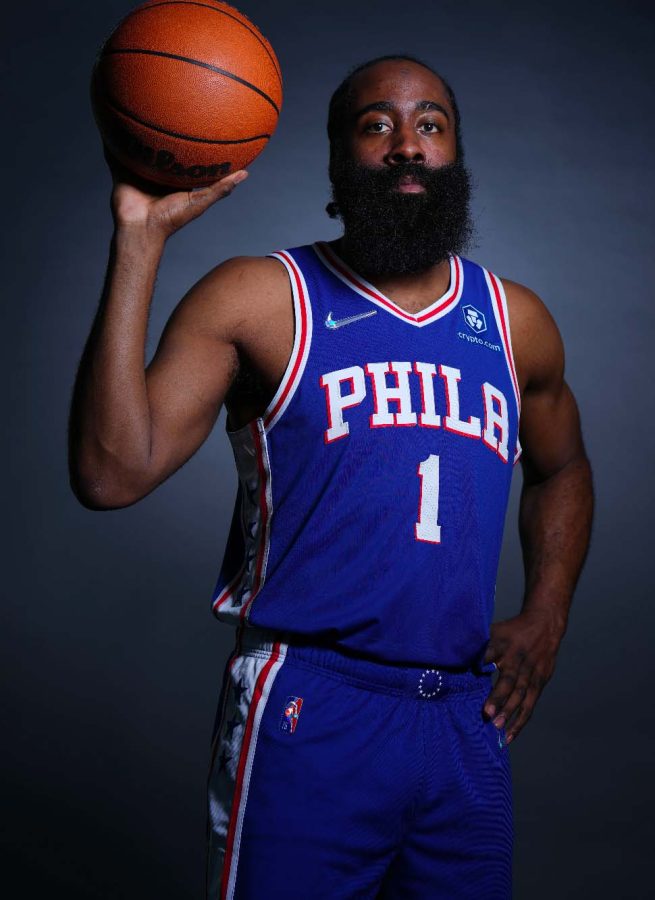 James Harden, along with Paul Millsap, was traded from the Brooklyn Nets in exchange for four 76ers players, including the high-ranking Ben Simmons. (Photo courtesy Getty Images)

The addition of elite scoring from Harden to a 76ers team excelling under center Joel Embid – a leading contender for the NBA MVP award – and up-and-coming point guard Tyrese Maxey has Lafayette students “intrigued.”

“[The trade] adds a new dimension to the 76ers offense that they’ve been lacking,” James Marks ‘22 said. “James Harden is adding a real offensive threat to compliment Joel Embiid.”

“I think they’ll complement each other,” Jack Hatzimemos ’22 said. “Kind of like how Shaq and Kobe did back when they were on the Lakers together in the early 2000s.”

Sixers fans are looking forward to watching some exciting basketball.

“I think that James Harden can give us the edge that we need to win a championship alongside the talented players we already have. I hope he’ll mesh well with Joel Embiid and the rest of the team. And we can finally execute the Process,” 76ers fan Madeline Marriott ‘24 said.

With Simmons going to Brooklyn, a months-long saga that involved Simmons will come to an end. Simmons asked to be traded shortly after the Sixers lost to the Atlanta Hawks in the second round of the Eastern Conference playoffs last season, and he hasn’t played a game for Philadelphia this season since citing mental health concerns.

Many expect Simmons to be a good addition to the Nets’ backcourt.

“I think the trade actually worked out really well for both teams because Brooklyn wasn’t really lacking offensive production,” Marks said. “They need a good wing defender, and it’s hard to find anyone in the NBA who is a better long defender than Ben Simmons, so he’s gonna be a very good defensive asset.”

“[Brooklyn] didn’t need Harden to be that crazy scorer if they have [Kevin] Durant and [Kyrie] Irving on the court together,” Hatzimemos said. “Simmons is really one of the best defenders in the league.”

Harden, who missed his final four games with the Nets because of a tight hamstring, is not expected to play until after the All-Star Break, according to the New York Post.

While many expect the addition of Harden to the Sixers squad will help Philadelphia make a deep run into the playoffs, some have doubts about Harden’s ability to produce in the postseason.

“It’s going to be what Harden can do in the playoffs,” Marks said. “He’s always going to be a great regular season piece. But when it’s game seven, you need a shot. Can he get it?”