Kirby family only: The story behind the secret room in Van Wickle Hall 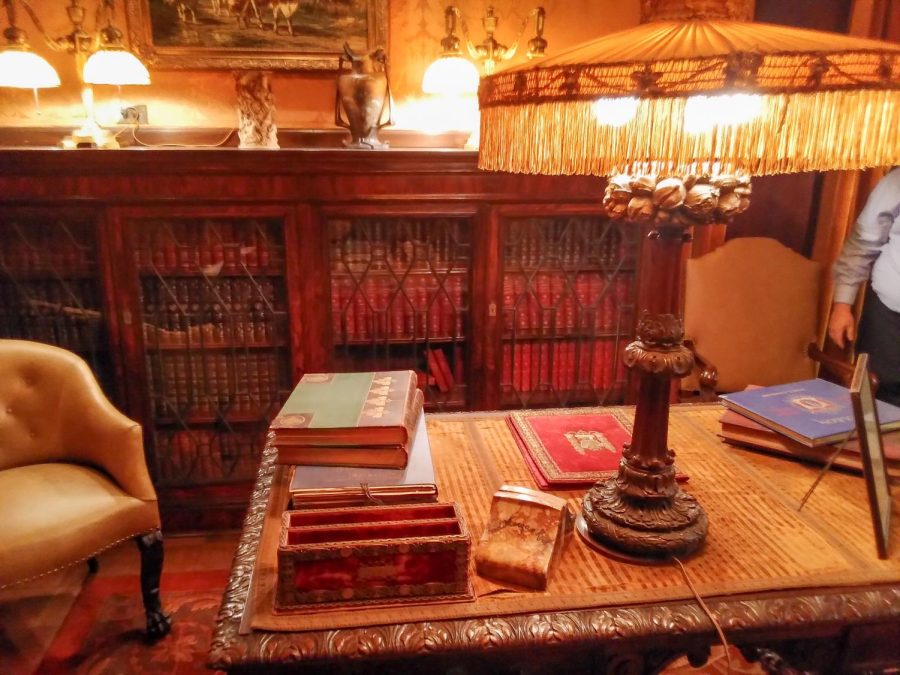 The room, which houses furniture from Lafayette benefactor Fred Kirby, can only be opened when a member of the Kirby family visits campus. (Photo by Gilad Evans '24 for The Lafayette)

Inside Van Wickle Hall, a building where students go to learn geology, lies a secret room, unrelated to rocks and decades old. The room is inaccessible to outsiders, the only exception being if a member of the Kirby family–known for donating significant amounts of money to Lafayette College–is on campus.

Thomas Lannon, director of Lafayette College’s Special Collections and College Archives, explained that prior to its use as a facility for teaching geology, Van Wickle was the college library upon its completion in 1900. In 1938, the hall was expanded with the library collection of Fred Kirby after the Lafayette benefactor had it removed from his home.

“The Kirby Library and study in Van Wickle represents the actual personal library of study of Fred Morgan Kirby as it was when he died,” Lannon said. “The furniture and art was all a gift of Allan P. Kirby and [it] was moved directly from his father’s house in Wilkes-Barre, Pa. The room is similar to a period room in a museum.”

Associate Professor of Geology David Sunderlin said that while the room was occasionally opened to show it off to new college faculty, it was kept off-limits to the point that the staff at Van Wickle were not even given a key to access it. However, Sunderlin also stated that the room, located behind Room 120 in Van Wickle Hall, was quite beautiful for those who managed to get inside and take a look at it.

“I’ve been in [there] probably three or four times in my career,” Sunderlin said. “It’s quite cool if you get a chance to get in there. There’s a desk set up. There’s beautiful artwork on the wall. I’ve been in there and just wowed by the beauty of the things that I see.”

Maurice Luker, executive director of Corporate, Foundation and Government Relations, and Dr. Ricardo Reyes, head of Lafayette College’s Art Galleries, said that few students had ever entered the Kirby’s personal library. Luker delved further into the history of the room, explaining that it’s exclusivity was caused by its historical ties to the Kirby family.

“[Fred Morgan Kirby’s] son had come [to Lafayette] as class of nineteen-fifteen,” Luker said. “This room was constructed in 1906 in Wilkes-Barre, Pennsylvania, at their home and then was donated to the college in 1906. So this was kind of a memorial to Mr. Kirby.”

Reyes explained that a major reason behind the room’s lack of use was that, while many of the objects in the room were beautiful, they were delicate to touch and therefore at significant risk of breaking.

“On a curatorial perspective, a lot of the objects here are more than 100 years old, and they’re showing a lot of deterioration,” Reyes said. “The fabric has become brittle, the leather in the leather pieces have dried a little bit, and so it doesn’t allow for massive amounts of usage…in terms of taking care of a collection.”

Reyes said that, in spite of the brittle design of the room, he will attempt to use the Kirby room in Van Wickle for art students in the future.