‘The most fun I have had at Lafayette’: A look into quarantine at Weiss House 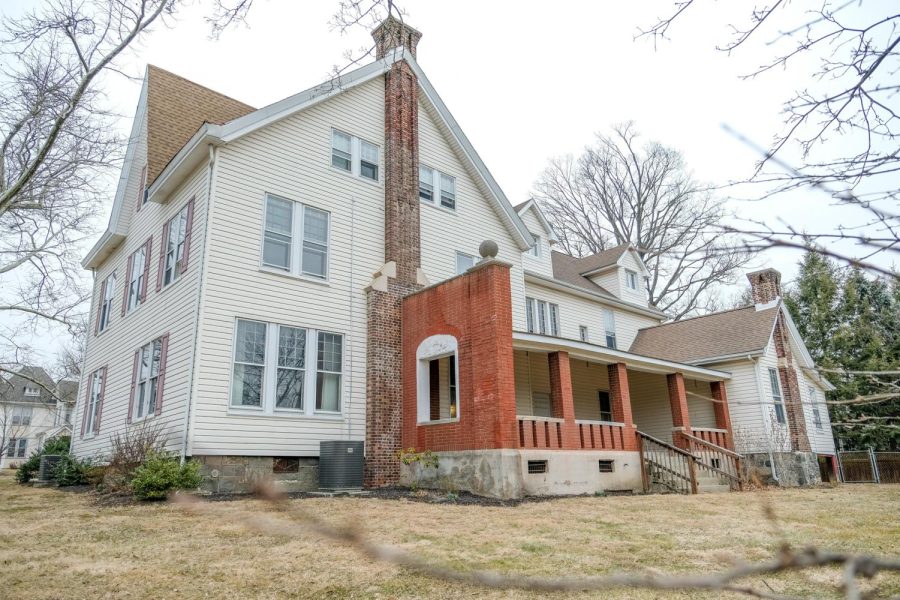 The Weiss House is a location for students who tested positive for Covid to quarantine on campus. (Photo by Caroline Burns '22 for The Lafayette)

A stay in the Weiss is positive-ly raucous. From mattress surfing down the stairs to masked and gloved Public Safety raids, one contact tracing notification can turn into a ten-day party. With each isolation location providing a different atmosphere, the Weiss House has developed renown for being a free-for-all.

“The group before us used to go onto the roof [of the Weiss House] and drink and smoke. They would bring their bongs onto the porch. We never heard of them getting in trouble. That’s why we figured we would be allowed to pass a soccer ball around at one p.m. immediately outside the house,” a student from the class of 2022 who wished to remain anonymous said. “We were clearly wrong after a member of the administration physically left the Feather House to come up to us and yelled to get back inside.”

The senior stayed in the Weiss House for 10 days in April 2021 and said that administrators would only converse with residents of the Weiss House to tell them to remember to keep their masks on and were not allowed outside.

“In terms of food, my primary source was members of my fraternity dropping off packaged food from my meal plan. The kitchen was stocked with eleven jars of jelly and nothing else. I didn’t know until halfway through that we were given swipes to get food from Lower,” the student said.

Jefrey Alexander ’23, who stayed in the Weiss House this semester for nine days, said that “it was some of the most fun I have had at Lafayette. We actually did end up getting in trouble for this. We drank a lot.

Alexander said that the group’s daily “family dinners” paired with activities like card games and drinking activities created an atmosphere of delinquency and lead to a “whole new group of friends.”

The social activity did not cease, regardless of the demands that isolation would be substance-free.

“Our friends without Covid would drop off beer. The only time we got in trouble was a Friday when two Public Safety officers stormed the house and made everybody, even students who were in bed in their rooms, form a line on the first floor so that they could question us,” the anonymous senior said.

This experience was in the early stages of the administration’s approach towards Covid. In a year, isolation housing has extended from residence halls to off-campus hotels. Students asked to leave campus are given stipends and the food options for those on campus have increased. In addition, the school now no longer mandates that students who test positive remain quarantined for 10 days, opting for a five-day quarantine with release upon evidence of a negative test.

March Hall, one of the residences where students were sent to live last year when they tested positive, was also notorious for drinking and partying.

One incident last week in Weiss resulted in a Good Samaritan call.

“A student was in need of help,” Director of Public Safety Jeffrey Troxell said. “We called EMS and they were transported to the hospital.”

Despite the rowdy atmosphere, it does not appear that the option to drink alcohol is the status quo for the Weiss House.

India Ralph ’25, who was quarantined in the Weiss House for five days this semester, said that “yes, quarantine was substance-free.”

While Public Safety entered the house in order to condemn the actions of the anonymous student and Alexander, Ralph cited that they only entered during her stay to “give us alternative keys to open bedroom doors and to fix power outlets.”

Alexander said that the community formed in the house was “built around the fact that we were all desperate to get out.”

“Despite how much fun it was to live there… [that community] was my favorite part of the Weiss House,” he said.