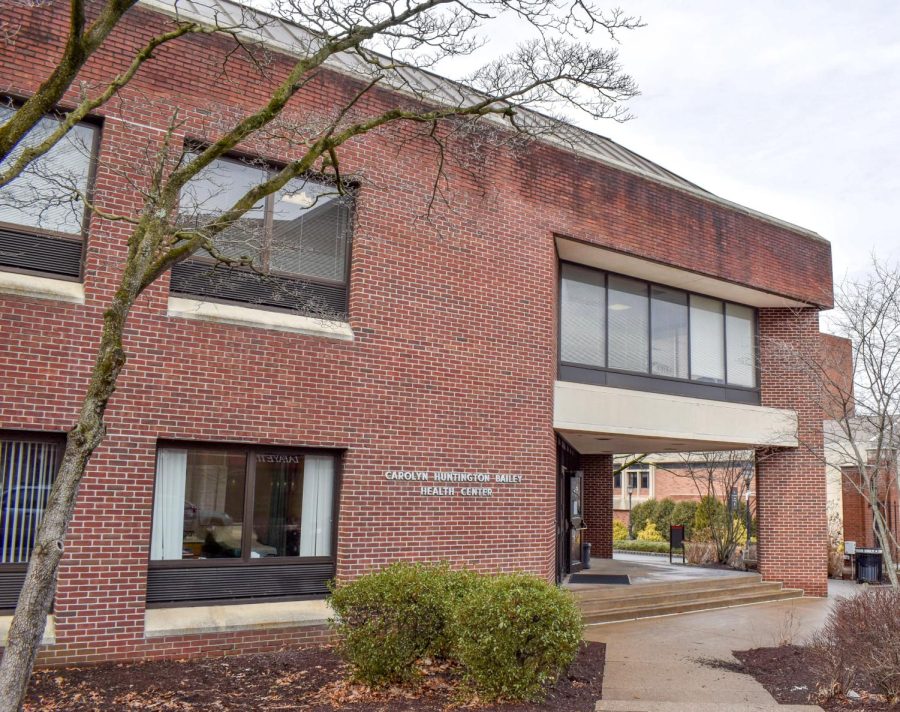 L-RAJE hopes to partner with the company Aunt Flow to make period products much more widely available on campus. (Photo by Emma Sylvester '25)

The new student-run organization, Lafayette for Reproductive Autonomy, Justice, and Empowerment (L-RAJE), has been leading the charge to make menstrual products free to those on campus that need them.

L-RAJE has been collecting answers on their Period Poverty Survey in an attempt to understand how the lack of accessibility to menstrual products affects the Lafayette community. They also are encouraging other campus organizations to sign their Menstrual Equity Open Letter which “advocates for universal access to menstrual products around campus.”

“These are such essential basic products that it’s almost surprising that we don’t have them already,” executive board member Charlotte Vierling ‘24 said. “I think just because of how easy it kind of would be, we’re kind of just filling the void as it really hasn’t been done yet. That’s kind of how I’m looking at it.”

While many bathrooms across campus do have machines where a student could put a quarter in for either a pad or a tampon, most of these are usually either empty or broken.

“I definitely think that it’s something that a lot of people notice because even in bathrooms that have dispensers, they’re broken or they don’t work when you put money in, which is a very common thing people have expressed,” executive board member Hope Durlofsky ‘22 said. “So I definitely see a very clear need for this.”

L-RAJE President Lia Charles ‘22 echoed this statement, noting that a possible partnership with Aunt Flow could start to get period products much more widely available on campus, especially for those that have difficulty affording such products. Aunt Flow is an organization dedicated to ensuring access to period products for all menstruators by donating products to organizations and colleges in need.

“This has always been a part of our mission statement, so we were looking for a way to do that,” Charles said. “One day I got an email from a representative from a company that provides menstrual products to colleges and different businesses, so that’s how it started.”

Another important aspect of accessible menstrual products is their being free, as many that don’t have access to such products have economic barriers. While Pennsylvania doesn’t have a period tax–that is, an additional sales fee on menstrual products–at least 28 states do still have one, according to Global Citizen.

“A lot of the reasons that people on campus don’t have access to it is because of economic class or their economic status,” Charles said.

Kayla Massi ‘23, president of new campus organization OUT, noted that L-RAJE’s push for free menstrual products aligns very closely with their club’s goals and missions, which is why they chose to sign the open letter.

“So we have a lot of non-binary individuals and transgender individuals who struggle to sometimes attain those type of things,” Massi said. “And also a lot of us are feminists and from a feminist perspective, these things are things that should be widely available and easily accessible.”

Massi also said the inclusion of non-women when speaking about accessible menstrual products is something for which their club is heavily advocating.

“So anyone can use menstrual products, you don’t have to be a woman,” Massi said. “If you have a vagina or a uterus, you might need these products, and especially on a kind of bubble campus like Lafayette, they should be accessible for people who need them.”

Massi said that their work with L-RAJE is really to bring the queer perspective into the discussion about equitable menstrual access and that L-RAJE has been incredibly supportive when it comes to including queer voices in this push for reproductive justice.

L-RAJE has garnered much support around campus in its fight for free menstrual products and is looking forward to working with Student Government and Aunt Flow to bring this initiative to fruition.

“It’s just really great that we have like organizations talking,” Charles said. “They value our work, and we have really found that students across campus have been supportive of this.”