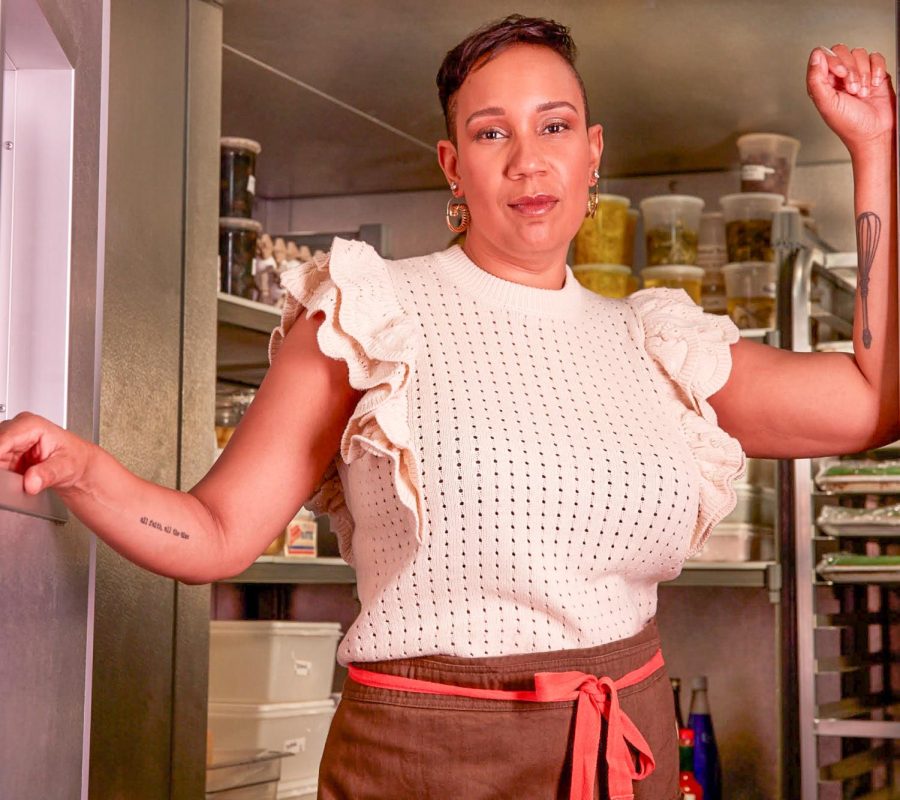 Elle Simone Scott, the first African American woman to host "America's Test Kitchen," spoke about the importance of representation, as well as the contributions and exploitation of Black cuisine. (Photo courtesy of General Assembly)

Scott, this year’s Black History Month keynote speaker, spoke to the college this past Tuesday. She discussed history, motivation, representation and resilience.

Although Scott is now established in the culinary world, she did not plan on becoming a chef when she was young.

“I used to watch Food Network with my grandfather. And at that time, Emeril [Lagasse] was the chef of the hour. He dominated the Food Network channel. I never really saw any women, and I certainly didn’t see any Black women,” Scott said.

Every realm of American life contains echoes of unrecognized Black voices, and the culinary world is in no way an exception. A lack of mainstream female Black chefs is one reason Scott considers hosting ATK to be her most impactful role.

“When I was at an age where I was choosing what I wanted to be when I grew up or what career I wanted or path I wanted to explore, although I always loved cooking, I never even thought to pursue being a chef as a career,” Scott said. “And it was because I never saw anyone who looked like me. You had to see it in order to be it, and I didn’t see it.”

Scott entered the culinary world in 2008 after losing her job during the economic recession. At first, cooking as a career was mostly for survival. Only later did her mentors, which included television personalities Carla Hall and Beverly “Bevy” Smith, inspire her to take a more active role in the culinary world.

Alongside her mentors, Scott’s own family inspired her. She came from a matriarchal family of skilled cooks who loved to entertain guests.

“In 2010, 2009, I had great ideas about how I wanted to represent the food that I grew up eating. But at the time, there was this huge windfall of people shaming soul food,” Scott said.

Critics of the cuisine cited the food’s unhealthiness.

“It seemed that no one in the industry understood that soul food isn’t supposed to be eaten every day. It’s celebratory,” Scott said.

Scott connected the degradation of soul food to the exploitative nature of American slavery, as Black people’s recipes have been stolen, distributed, misattributed and disrespected since America’s origins.

According to Scott, becoming the host of ATK was not the only part of her career in which she experienced adversity. She also spoke about insecurities and imposter syndrome, things she still experiences daily despite her many successes.

“When you graduate, you feel like there’s pressure to come in knowing exactly what you’re supposed to do, because of course you just spent four or five years in college or longer, however long it takes you to matriculate,” Scott said. “You feel like you’re supposed to know all the things and how to do it, and that’s not true. I would encourage everyone to take that pressure off of yourself.”

“When I don’t know something, I’m also not afraid to ask,” Scott said. “I have no shame. Because to me, shame is ego. If you have big ego, it’ll get in your way every time.”