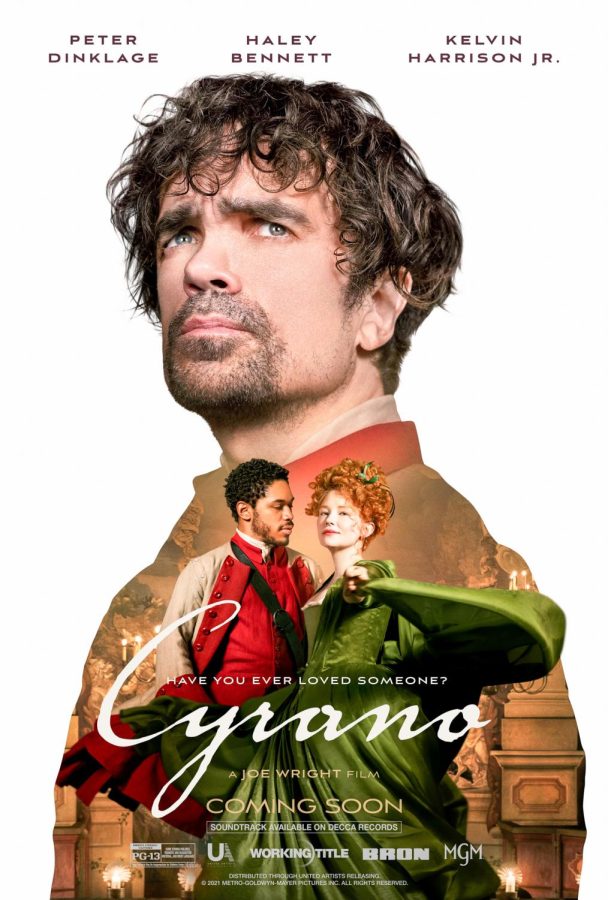 'Cyrano' is a retelling of 'Cyrano de Bergerac.' However, instead of having a large nose, this Cyrano struggles to confess his love to Roxanne because of his dwarfism. (Photo courtesy of IMDb)

Can we bring happiness to the people we care for if we are unsatisfied with the way we look? Can we lust after others with our eyes first and our minds second? And when we love someone for their appearance, is it unfair to expect highly of their inner beauty? “Cyrano” is a spectacular retelling that asks these questions while reminding us what strong friendships and courtships are truly founded upon.

Originally, “Cyrano de Bergerac” was a 19th-century play about a talented nobleman, poet and duelist who finds difficulty expressing his love to the beautiful Roxanne because of his abnormally large nose. When Roxanne experiences love at first sight with the handsome but witless Christian, he agrees to write letters to her under Christian’s name, convinced that Roxanne can only ever love him through the visage of Christian.

This 2022 reimagining, based on the 2018 stage musical, removes the large nose entirely and casts Cyrano as a dwarf. This small but pivotal revision increases the tale’s contemporary relevance.

I feel that the greatest strength of “Cyrano” is its ability to grapple with expectations and keep you invested, even through harshly emotional scenes. The three main characters are all likable, innocent and noble, but it is just so clear that someone is going to be let down. The film asks viewers to think about whether it is better to be increasingly assertive or passively persistent if one loves someone who is not yet ready to love them back.

Peter Dinklage’s performance as Cyrano impressed me. The role tested his strengths as an actor. He’s not a great singer, but he uses his acting prowess remarkably well to bypass this problem, even when he must carry a scene with his voice. Dinklage works off the other two main cast members well. Haley Bennett, who plays Roxanne, and Kelvin Harrison Jr., who plays Christian, showcase excellent vocals that support Dinklage in key sequences.

Despite his small stature, Dinklage is an outstanding physical presence on screen. The film makes excellent use of his body, most notably through exceptionally well-choreographed sword fights where his small target area becomes a significant advantage against lengthy-armed opponents.

Stylistically, this musical adaptation makes great use of instrumentals and movement to create dynamic scenes. Some musical numbers, like “Someone to Say,” use elaborate dance choreography and sprawling sets to create visual spectacles. Others use montage and cross-cutting to generate anticipation and suspense. Auditorily, every sequence is backed by an excellent orchestral score which generates weight and dramatic meaning. Each song sequence is visually distinctive and generally pleasing to the ear.

I feel that audiences who are impatient or don’t enjoy romance won’t find much to like in this film. But for those who do, this is an incredible experience that will make you grow intellectually hours after you leave the theater.