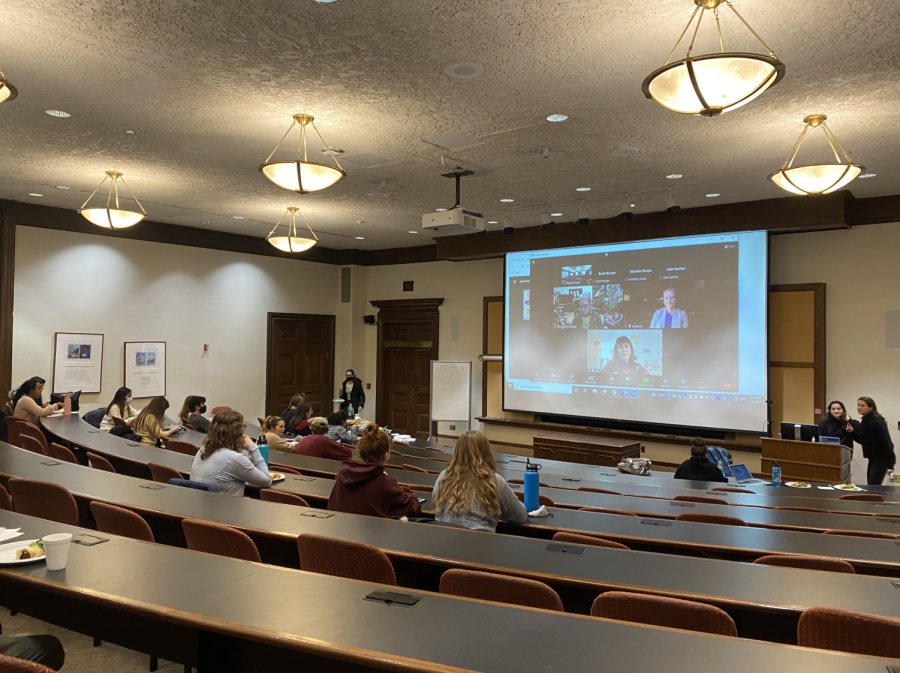 Every March, the college’s Landis Center highlights a social justice issue that rarely sees the spotlight.

Criminal Justice Reform Awareness Week (CJRAW) consists of a series of events run by the Make Our Society an Inclusive Community (MOSAIC) program. The events, which ran between March 7 and March 9 this year, are dedicated to spreading awareness and sparking discussion about a variety of issues within the criminal justice system.

“Our goal is to take a community-based, integrative approach towards criminal justice reform within our own community,” event promoter Alina Sosa ’22 said.

This year’s CJRAW was co-directed by Kaela Marcus-Kurn ’22 and Sharon Engel ’22, who worked to plan this event throughout the year with a team of four students. All events were free and open to the Lafayette community and the general public.

There were four main educational and discussion-based events, co-sponsored by PASA, Dear Lafayette, Mu Sigma Upsilon and the Lafayette College Democrats, as well as the women’s, gender and sexuality studies, government and law, psychology and anthropology and sociology departments.

On March 7, CJRAW organizers held a talk in collaboration with Pards Against Sexual Assault (PASA) about sexual assault and discrimination in prisons, as well as media portrayal of incarcerated women. There was also a fundraiser at Mojo 516 Cafe that same day that raised money for the Easton chapter of the National Association for the Advancement of Colored People (NAACP).

On March 8, the CJRAW team co-hosted a talk with Dear Lafayette on the abolition of the criminal justice system.

To finish off the week, the team hosted a virtual panel of people who work closely with the criminal justice system on March 9.

Overall, the CJRAW team said that they were glad to see high attendance numbers and participation from audience members.

“It was great to see so many people show up to support,” Marcus-Kurn said.

“There was a lot of meaningful conversation,” Sosa said. “These events are very insightful and allow for students to take a step back from the day-to-day of being a student at Lafayette and reflect on issues within our community and what we can do to support. If students do not know much about criminal justice reform, [CJRAW] is a great place to learn about it. If they already have some understanding, it can be a good place to have discussions and continue to reflect.”

Marcus-Kurn said that she believes this past week of learning different perspectives and raising awareness was crucial for change, especially at a place like Lafayette.

“I think as students at a predominantly white institution, it is important to remember our privileges. The criminal justice system is one that many of us may never come in contact with, but impacts millions of people. Not only that, but it involves complicated systemic issues including police brutality, racism, mass incarceration etcetera,” Marcus-Kurn said.

“We all hope that coming out of this week, people learn something new and gain resources about how to get involved,” Marcus-Kurn said.